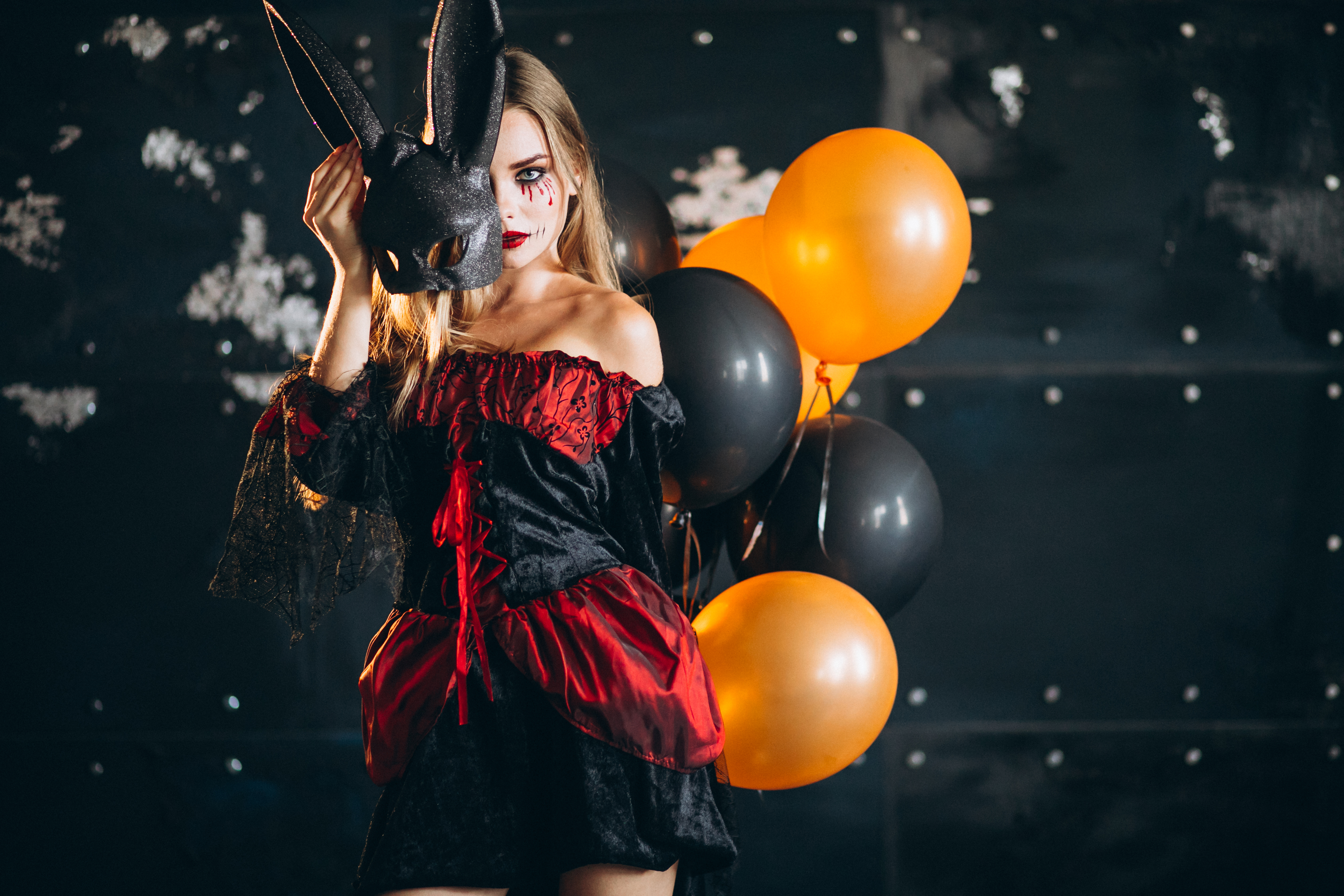 Although we have long passed the time when the Egyptian populace was completely oblivious to American holidays, they’re still not quite celebrated as much as we would like them to be. In a quintessential universe, Egyptian children would be dressed as Detective Crombo and Abla Fahita going from door to door with hollowed squash bags for sesame cookies and baseema in Halloween. Instead, we settle for underground spooky-themed raves that aren’t even easy to find. But you know what the worst of our struggles are?

How dare you even ask me to go see a Katherine Heigl film on the sacredly spiritual celebration of Samhain? I mean, I would be damned to see a Katherine Heigl on any other day, really, but making such a frivolous suggestion on my favourite day of the year is just crossing the line. I’d much rather spend the night watching The Texas Chainsaw Massacre amid my terrifying decorations.

Our makeup art is not appreciated enough

I spent hours perfecting this Carach Angren styled corpse paint, the least you could do is show me a little more appreciation than “You look scary”. Of course, I look scary. That’s what the spirit of Halloween is all about! Whether I chose to dress as Jason or a Tim Burton inspired corpse bride, I think I deserve to get my hard work lauded on social media a bit more.

We cannot show off our costumes

Unless there’s some sort of cosplay-related convention in Sawy’s Cultural Wheel, there’s pretty much no other way for us to flaunt the outfits we’ve been making for months. And even then, it’s not advised to step outside dressed as Mortal Kombat’s Kitana in the streets of Cairo. No matter how socially acceptable your costume is, you’ll receive perplexed stares by at least a handful of people.

There are those who do not recognize what the 31st of October is all about and others who somewhat do, but instead of embracing their inner spooks, they draw on cat whiskers with eyeliner and dress up in the skimpiest of outfits. You’re doing it wrong! Your outfit is supposed to make me cringe and look away because of how much the gore is unsettling.

Halloween culture is coming around, but the celebrations are not nearly as good as we dream. There will  always be a couple of clubs that will try to embrace the theme, and underground raves that play catchy remixes which suit the mood, but that’s as far as they go. We want to see street decorations, trick or treating, and haunted house specials!

We’re dissatisfied with how we end up spending the day

Let’s face it, no matter how many friends you have made that share your creepy interests, you will all still end up spending the night watching Michelle Phan’s new Halloween makeover and perhaps check out a movie or two on MBC2 before messing around with makeup trying to emulate professionals with awfully distasteful results.