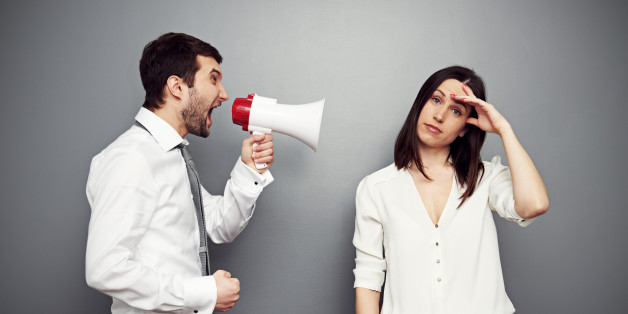 Scientist, Jennifer Connellan conducted an experiment on human infants to see into their cognitive abilities, and the experiment showed that baby girls tend to look longer at human faces, unlike boys who keep tracing mechanical objects. When it comes to understanding facial expressions and reading what’s between the lines, women beat men to the punch. So, if your boyfriend doesn’t get it when you are upset, don’t fret; it is how his brain works. Just try to make things a bit clearer. Women show high results on tests measuring verbal ability; they can understand hidden language faster than men. Maybe that’s why girls usually hate each other. Moreover, women excel at remembering the location of objects.

You might be wondering why boys and girls always choose different toys to play with. Some assume that this behavioural difference is based on cultural education – which means that it is the society that tells boys to play with cars and girls to play with dolls. However, a study made by Gerianne Alexander and Melissa Hines demonstrated that it is impossible that society played a role. The two scientists offered a varied selection of toys to young vervet monkeys, and to their astonishment, female monkeys used to pick dolls and girly stuff, whereas male monkeys picked cars and movable objects. This indicates that males, by nature, have a higher propensity to engage in active games than females who love to play with toys that have more personal details.

According to Harvard Business Review, the world’s market expenditure is controlled by women. That is why several world businesses, such as DELL devised a plan to design women-oriented laptops. So, they launched the DELLA website and came up with a wide range of pink laptops to win the hearts of the world’s top annual consumers.

Men are More Sensitive to Pain

As Nature.com reveals, women are more stoic to pain; they have an astonishing capacity of tolerating pain more than men. Scientist Robert Sorge sought to pursue a pain-tolerance test on mice, and he was the one who wounded up with a headache; Sorge discovered that female mice are less likely to produce an ouch than their male partners. This is due to the different pathways of pain transmission in the two sexes. Ironically, although men have stronger muscles than women, women are more likely to take headaches like a man than men themselves.

Men are Better at Math’s

It’s been said long ago that men are cleverer than women in mathematics while women are more likely to ace subjects like languages and humanities. Scientific findings prove that this is not just a cliché. Statistics conducted by Benbow show that men are more into math’s, physics, chemistry, and subjects that depend on mental visualization of objects, whereas women are more likely to excel at subjects that are related to verbal communication, psychology, and humanities. Young girls are also found to have a higher ability to read better than boys. Scientists have discovered a language protein inside the female brain, which increases women’s linguistic skills. That’s why women are chattier than men.

Contrary to public beliefs, men have a worse time with breakups and are more emotionally sensitive than women. Since women have a higher propensity to lash out and bounce off their emotions, they usually manage to get over breakups over a short time, compared to men. When confronted by breakups and intense situations, men usually stifle their emotions because that’s what society teaches them, which makes it harder for them to recover.

According to the American Journal of Psychology, women’s sleeping is more nightmarish than that of men. Since women have an exceptional ability to visualize dreams and recall incidents in their imagination, they tend to have more nightmares. Women’s nightmares even tend to be more terrifying than those of men.

U.S. Census Bureau indicated in a study that women outlive men by an average of 4 years. Scientists still don’t know the reasons behind this longevity gap, but they guess it is because women take upon themselves fitness routines, shed extra weight regularly, and see a doctor once they feel sick. Contrarywise this, most men don’t really care about fitness, and they even postpone visiting their doctors once they feel pain so that they don’t appear oversensitive. However, scientists aren’t sure self-care is the only reason.