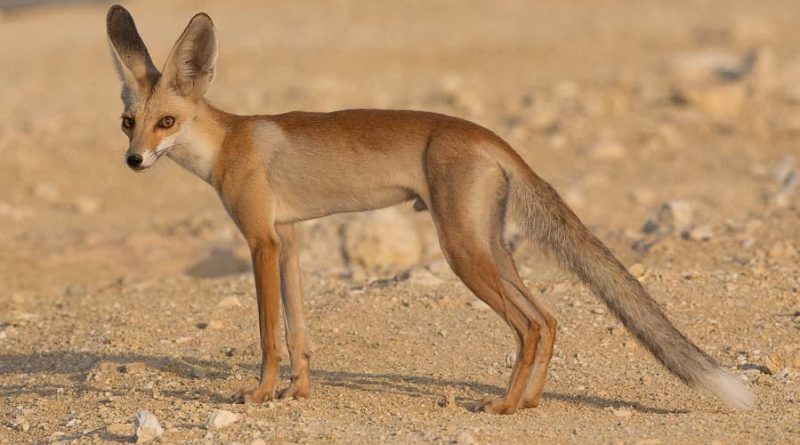 It is uncanny that animals can thrive in the types of climates that humans can’t bear. Although animals don’t have one iota of the luxuries we have, they manage to relax under the burning sun rays. Several animals make it a daily habit to bask under the direct sun rays to raise their body temperature above normal levels.

So, while we are in the roasting summer, let’s round up the top heat-bearing animals that absolutely love it when it is set on broil. Scorching temperatures send us to retreat into air-conditioned space; however, these tough cookies have nothing more than their flesh to beat the heat successfully.

This tiny little creature has a striking capability of withstanding the sun. On sunny days, blackbirds start coming out of their nests to recline on the grass to unwind with a sunbath. They love to spread their wings and shake their feathers embracing the blazing light.

Lying in front of the sun with spread wings generates preen oil, which helps their feathers remain vigorous. Sun also helps blackbirds to quash any parasites or bacteria they might have gleaned from their nests. The scientific name of blackbirds is Turdus merula, and although they are named blackbirds, female blackbirds don’t live up to their names as they are usually brown with dots and stripes on their breasts.

Blackbirds love to nest in a variety of places, especially trees, shrubs, and climbers. In the UK, Blackbirds are protected by The Wildlife and Countryside Act 1981, for millions of blackbirds have vanished throughout the past 50 years.

Rüppell’s fox or Rüppell’s sand fox lives in one of the hottest deserts in the world, Iran’s Lut Desert. According to NASA, the temperature in this desert can reach 70.7 degree Celsius. The body of the Rüppell’s sand fox is designed to conserve water and urine, which helps its body to cool down. This preserves moisture and diffuses heat. Rüppell’s foxes do most of the hunting at night to avoid losing their metabolism.

These foxes are distributed all over North Africa, the Middle East, and southwestern Asia. They can be found in Egypt, Syria, Iran, Pakistan, and Afghanistan, among other countries. During the day, Rüppell’s foxes retreat to shelters that were built under trees. They change their dens after 5 days or a week. They also wag their tails like dogs whenever they feel happy or excited.

The wild ass exists in a plethora of places throughout northeastern Africa, especially in northern Ethiopia and Somalia, in which temperature soars to 120 Celsius. It is distinguished by its amazing metabolism level maintained by its large ears that distribute heat.

Moreover, wild ass can drink an abundance of water daily. Even those asses that farmers use as livestock can perform their jobs successfully in the heat since they can drink a huge amount of water in few minutes, so they don’t need to take break intervals every now and then to drink.

Wild asses are believed to be the ancestors of the domestic donkey that was domesticated about 6,000 years ago. They are capable of bearing an enormous amount of water loss that can reach up to 30% of their weight. The numbers of wild asses around the world are unfortunately decreasing due to hunting reasons.

Such penguins feature asingle band of black feathers cutting across the breast and a circle of featherless skin that fully shrouds each eye. The hatchlings are coated in a fuzz of grey to brown-grey feathers. In summer, African Penguins exchange between swimming in the water and reclining under direct sun rays.

African penguins have been categorized as in danger of extinction by the International Union for Conservation of Nature (IUCN) Red List of Threatened Species since 2010.

One of the most interesting facts about painted turtles is that the sex of their offspring changes according to the weather they are nested in! To explicate, scientists reveal that when painted turtles lay their eggs in a cold temperature, they produce males; meanwhile, laying the eggs in hot temperatures translates to producing more female turtles.

Greeks have called hippopotamus the river horses. Living up to their name, hippopotamuses thrive in water, and they even spend up to 16 hours per day immersing their bodies in cold water while enjoying the sun’s heat. They can hold their breath underwater for five minutes since their eyes and nostrils are situated at the top of their heads.

When they sunbathe, their bodies generate an oily red substance that helps their bodies preserve their cool temperature and wick bacteria and germs away. However, because they lack sweating glands, they can’t stand the heat of the sun without remaining in water as they run the risk of overheating and dehydration. The secretion of the red substance made many people believe the myth that hippopotamuses sweat blood although they don’t have sweat glands at all.