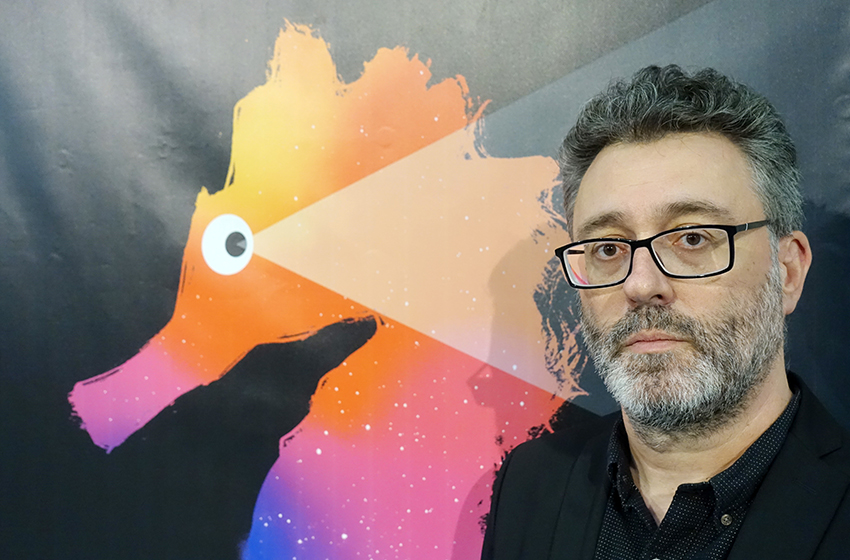 One of Spain’s most important festivals is going to take place soon in Valencia. Under the title of “Mostra de Valencia”, from the 24th of October t the third of November, the 34th event’s edition is going to be unveiling the marvels of the Mediterranean countries’ cinema. What makes this year’s edition special is the cycle dedicated to the work of the Egyptian female filmmakers, including Amal Ramsis, Ayten Amin, Hala Khalil,Kamla Abu Zekri, Sandra Nashaat, Hala Lotfy, Mariam Abu Owf, and Nadin Khan. On this occasion (In) Sight Magazine interviewed the festival’s artistic director Eduardo Guillot.

Could you give us a brief about the festival?

The festival’s first edition took place in 1980 and its theme was about the films of the Mediterranean countries. If we calculate the period between 1980 and 2019, we will find that during some years the event was not held, this happened due to cultural reasons. In other words, the content presented was becoming unattractive. So, the Valencia’s Municipal formed a team to resume the festival’s events, and it took place in 2018.

Why did the festival dedicate a cycle for the Egyptian cinema?

One of our priorities is presenting the Mediterranean two shores’ cinematographic culture, bearing in mind that the Arab cinema, especially the Egyptian one, has a lot to offer. Last year, for example, there was a cycle dedicated to the French cinema (representing the Mediterranean’s northern shore), and another for the Palestinian one (southern shore). This year, we decided to devote a cycle to the fifties and sixties’ Italian classic comedy (northern shore). Regarding the 2019’s cycle representing the southern shore that comprises some of the Arab countries, we saw that the Egyptian cinema has a notable industrial power. Thus, we selected Egypt as the cycle’s protagonist.

Why was the Egyptian cycle’s theme devoted specifically to the female filmmakers?

We noticed that the works of the Egyptian female filmmakers are characterized by their depth and diversity. Also they enjoy a strong presence in several international film festivals. What caught my attention was the variety of the proposals presented by the filmmakers, which included: Hala Khalil’s film “Nawara” that narrates the daily life of an Egyptian woman during certain circumstances, gives us the chance to understand the Egyptian female character; Sandra Nashaat’s work that saw a high turnout across the Egyptian public; and Aiten Amin’s film “Villa 69” that provides a symbolic overview of Egypt throughout the recent years through the film’s protagonist. I would like to highlight that the only documentary of the cycle, “You Come from Far Away” for Amal Ramsis, links Spain with the Arab world, so Spain is a perfect place for screening such a film.

Could you mention some of the countries participating in this edition?

They include: France, Italy, Greece, Turkey, Lebanon, Libya, Morocco, Algeria, Palestine Egypt, Tunisia Kosovo, and Albania. I would like to add that when the festival was first celebrated Yugoslavia was amongst the Mediterranean countries, so we still welcome the participation of the former Yugoslavian countries.