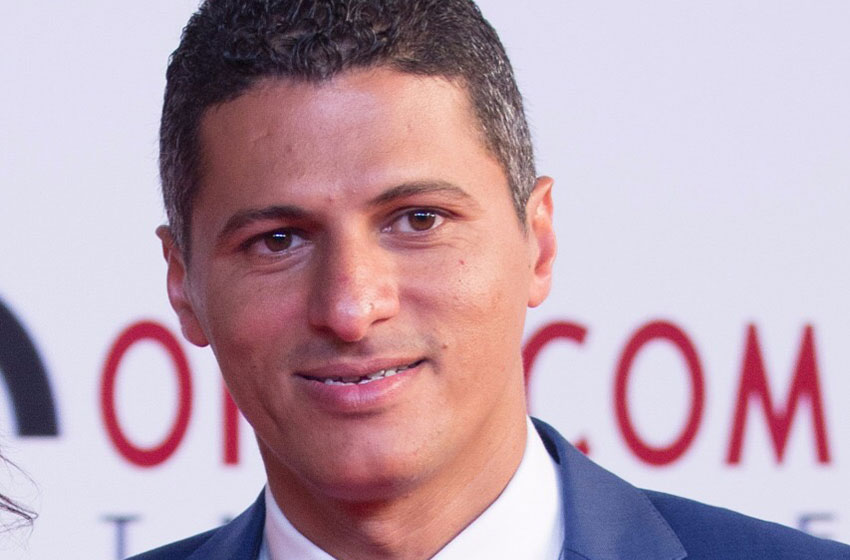 from International Athlete to Business mogul

One event that remains the talk of the town months after the inauguration of its first edition is the luxuriously organised El Gouna Film Festival (GFF), where innumerous international celebrities were seen and many a talented star was awarded. The annual event, which we will now impatiently await every year, has proved to be a high-flier in the film industry, the success of which can be attributed to Amr Mansi, his partners Bushra Rozza and Kamal Zadeh, along with the trio’s ingenious team  We asked the former professional squash player who ranked 50th worldwide, and the founder of I-Events, how he went from an international athlete to an inspirational entrepreneur. Check out what he told us.

Walk us through the journey that led you to founding I-Events.

Before resigning as a professional squash player, I wanted to excel in the field of business and started a real estate brokerage company. Shortly after, I visited El Gouna for the first time nine years ago and was so impressed with the surroundings that I got the idea of introducing an international squash tournament there. I knew that this would help Egyptian players excel in the game and increase their chance of a higher world rank, which would all consequently help showcase my country. ‘El Gouna International Squash Open’ would also attract tourists from all over the world to come support and watch the game as well as enjoy the beauty of Egypt. But to be able to host and organise such a tournament, in legal terms, I was compelled to do so through a company, so I established I-Events for event management. I’ve always believed that for me to build a career and create a profile for myself and my company, I needed to push harder and do better. After launching ‘El Gouna International Squash Open’ several times, followed by hosting ‘Alexandria International Squash Open,’ I decided to take my company to the next level through managing and organizing international events. I then retired from my brokerage company, and a year later withdrew from coaching squash to focus on I-Events.

You continue to revamp the reputable squash empire in Egypt despite quitting the sport. Why did you retire as a player?

I retired because I felt like I could offer the squash scene a lot more from the business side. This is why I decided to benefit the game and country through introducing many international squash tournaments all over Egypt.

What made you decide to stage an event for women in particular, namely ‘Orascom Development Women’s World Championships’?

When I first launched ‘El Gouna International Squash Open,’ I didn’t have all the resources to make it happen, yet I knew that because I had once turned my dream into a reality, I could find those who supported the plan more easily. After five tournaments, I decided that such a big and popular event needed to give a chance for women to compete, bearing in mind that it was not an easy task and bore financial obligations. It was only with the help of Eng. Samih Sawiris that we were able to attract squash players and fans from all over the world, after ‘Orascom Development’ built a new squash complex with four world-class courts. I also mustn’t forget to credit the incessant support of Eng. Naguib Sawiris and all our sponsors, without whom we wouldn’t have been able to establish the first-ever Women’s World Championship in El Gouna.

As a co-founder and CEO of the prestigious GFF, how does it feel to have the first edition internationally succeed?

Even though event management is the core of my work and my passion, it remains challenging for me as a completely new scene to what I was used to. My aim was always to grow through I-Events by introducing an international sports event that showcases the beauty and potential of Egypt, and when I got the opportunity to be a part of the organizing committee of the first-ever GFF, I must admit I was anxious at first. But any worries I had were counterbalanced by the support of Eng. Naguib Sawiris, the founder of the festival; and Eng. Samih Sawiris, the founder of El Gouna, both of whom helped make the launch exceed all expectations. Overall, the amount of love and support I saw was indescribable, especially because this festival was not just a milestone in my career, but helped display Egypt as it should be, showing the world how this country could have events hosted with a sumptuous calibre.

What was most challenging about organizing GFF?

We had to face the challenge of understanding the know-how of implementing the idea of such a big, international festival for the first time. Other festivals that have been operating annually for more than 30 years have their manuals and guidelines, while we didn’t have any access to base our grounds, or points on where to start. We needed to establish a proper structure; an organization that could fulfil every element of what makes a festival successful. Even though the idea for GFF came up a year before the kick-off of the festival, we got the green light to start working and planning last April. So for you to be able to create a brand with all its guidelines, hire the team and create the structure in six months was very onerous, but an experience that definitely added to my career.

How did you revive ‘Al Ahram International Tournament’ after a ten-year hiatus?

As a squash player, I grew up dreaming of playing at Al Ahram. Ahmed Barada was an icon to every Egyptian squash player at the time, and I believe that because of this tournament, the game became very popular in Egypt. Unfortunately, the tournament came to an end due to financial restrictions. Every year after El Gouna’s tournament, people would ask me why I have yet to bring back Al Ahram, but I knew deep down that I still wasn’t ready to manage and organise it due to logistical constraints. Last year was the time I decided I had to bring back the most anticipated tournament in the world, and so I approached the PSA, along with the Egyptian Squash Federation, and we were able to bring it back to life! The best thing about ‘Al Ahram International Tournament’ is that it means so much to a lot of people who grew watching it, giving them a whiff of nostalgia. With the technology we have today, we were able to highlight the beauty around the Glass Court and the pyramids, as well as air the tournaments on international channels around the world.

How can sports help revive the declining tourism wave in Egypt?

If we look at international events that take place in Egypt, like ‘El Gouna International Squash Open’, it is now one of the biggest squash tournaments on the PSA calendar, where players from all over the world come to compete. You also have more than 90 channels world-wide covering the event, showcasing everything positive in your country. I believe that if you have a calendar of events taking place all-year-round, not just sports but also film and music-related festivals, you will have people visit from all around the globe. World-class events need to be our weapon with which we fight the negative news about our country.

Is it overwhelming to juggle between such a cramped schedule and your personal life?

It’s very difficult especially when your network grows, and you become even busier with more duties and responsibilities. Then again, everyone around me supports me and that always pushes me to do better. It’s always tough right before and during the event, but other than that, I always find the time to enjoy life with my family alongside working.

We’re always working on exclusive and different events. We will continue to create benchmarks and raise the bar. We are currently working on exciting projects and hope to venture on to new ones for 2018.

Any advice for aspiring young athletes?

Enjoy the game even if you can’t compete on the professional level; don’t stop playing because sports make you more productive. And if you’re playing at a professional level, remember that nothing is impossible.