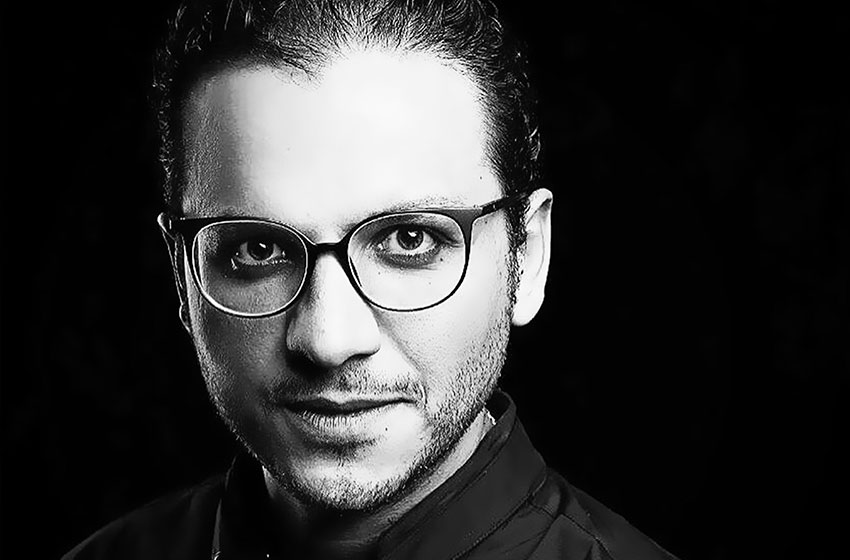 Egyptian cinema has gone a long way and has recently seen major refinement in the past few years. With the phenomenal efforts of the young film director and screen-writer, Peter Mimi, filmmaking has never been a more competitive battlefield. Mimi has shown a preference towards making high-concept thrillers with intense climaxes and unforeseen plot twists that take our breath away. We had the pleasure to speak with the medicine major about how he made a promising career out of a hobby, despite dedicating years of his life studying something entirely different.

Tell us about yourself and how you found your passion in the filmmaking industry.

I have always had an appreciation for cinema as a watcher before I decided to pursue filmmaking as a career. When I was still studying in medical school, I would make short films for fun and watch them with my friends and family in my free time. That’s how it started: someone I know showed admiration for one of those short films called ‘Yawm Saeed Gedan’ (A Very Happy Day) and he helped me air it at the opera house! That was the push I needed to get to know people in show business, which is what drove me to making my first film. Generally, though, I’m obsessed with filmmaking! I love making films and watching them.

Besides film direction, we know you also write screenplays. Which would you say you’re more competent in?

I cannot give you a direct answer because I like to think of them as two entirely different processes. Sometimes I’m just driving, and I get an idea for a script out of nowhere! I start developing it from a concept, to a raw story-line with probabilities and resulting consequences before crystalising events until I visualise the characters in flesh and blood. I’d probably be more lenient to saying I’m better at directing, but I still like to crystalise any ideas I get until I see them on the screen, which is why I often take care of the screenwriting and just work on finding producers so I can direct it.

What do you consider your biggest breakthrough?

I think ‘Al Haram El Rabea’ (The Fourth Pyramid) was the real starting point in my career.  I admit that I have made films that have seen abject failure, but that’s when I used to conform to conventional demands, but as soon as I decided to make the kinds of movies that appeal to me, regardless of demands, I finally saw success to the point that my works have introduced a new genre to Egyptian cinema, that being adventure thrillers. Audiences welcomes the idea and have expressed their admiration to my works, contrary to the expectations of contemporary filmmakers.

In your opinion, what do you think the Egyptian audience wants?

They don’t want clichés that everybody throws their way. Their interests have grown to include new concepts and ideas as well as an overall top-notch production. I don’t think they care about genre as long as the film itself is impressive.

Which film was the hardest to shoot and why?

It wasn’t actually a film, it was the TV series ‘Al Ab Al Rohi’ (The Godfather). Mainly because it was extremely costly production-wise, from the needed décor to the budget that could afford the cast as well as the number of episodes that had to be shot, but thankfully it exceeded our expectations and received great critical acclamation locally and in the Middle East.

How did you come up with the idea for the film ‘Monkey Talks’?

I was walking down the street and I came across a circus, so I decided I wanted to make a film that would involve such an eccentric scenery, and the idea evolved from there.

Do you have any books in mind you would like to make into films?

One novel I’d love to make into a movie is ‘El Seera El Helaleya’ (The Crescent Biography) by Ali al-Zaibaq.

Any advice for our aspiring filmmakers who want to follow in your footsteps?

For those who seriously consider filmmaking as a career, I’d just like to say that you have to not just like cinema, but be obsessed with it! It’s a very difficult career path, but you don’t really need to know anyone in the show business to get where you want to be. I didn’t know anyone, but my works brought the producers to me. You also have to persist; my parents refused the idea for two full years, and were adamant that I mustn’t throw my degree away and that I was a successful doctor, but I took a risk to do what I love, and here I am.

Tell us about your upcoming projects!

For a change, I’m working on a comedy right now, just for the sake of trying something new and practising different genres. In this process, I realized that comedy is much more difficult to write and direct because it’s easier to make people cry than to make them laugh! I’m also working on a new season of ‘Kalabsh’ (Handcuffs), which wasn’t planned but after its raging success and demands from a multitude of channels, we decided to work on a second season.

I’m flattered to be deemed as a successful figure in what I do, and I’d like to say that success just stems from belief in what you do and in God. I really hope you enjoy my future projects, and if you haven’t enjoyed my past works, I’m currently working on my flaws so that my future films will be an upgrade!