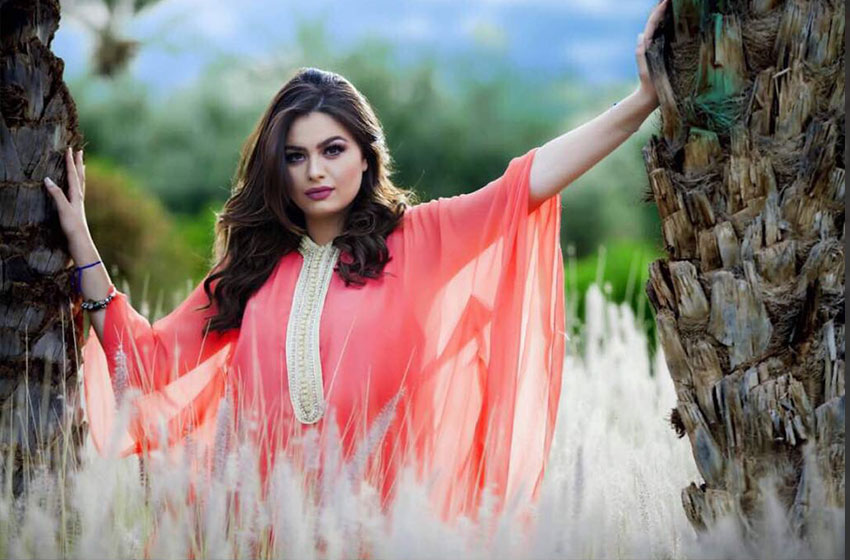 Her lively spirit and uplifting smile mark her as one of the most anticipated rising stars of our time. She’s a determined artist that refuses to let anything stop her passion for acting; she is Hanady Hany Mehanna. The French-Egyptian musician and actress has made it to the Middle Eastern hall of fame as a young vocalist and actress, stunning us with her siren vocal range and realistic performance. Mehanna talks to (in)sight’s Ingy Osama about how it all began, her favourite roles, and her upcoming plans.

How was your passion for acting sparked?

Everyone kept urging me to act at a very young age, but I did not want to at all. I preferred singing much more to acting. I don’t know when or how it happened; I just decided to eventually give it a try and got my first casting call a week after.

Who first discovered your talent?

Ahmed Khaled Amin was first to point it out. He saw a picture of me in the background of Mona Elshazly’s show after the duet I made with Ahmad Al Fishawy. He liked the way I look, got my number, and called me up for an acting gig afterwards.

You have worked with huge names in the field. Who would you say was most influential?

Ahmed Safwat had the most influencing impact. We are very close, and I learnt a lot from him, especially because we got to spend a lot of time together. His role as my husband in the ‘Afrah Eblis’ (Satan’s Joy) sequel was when we started getting to know each other better. Sabreen and Jamal Soliman also had a remarkable impact. Apart from the field, my father is my biggest inspiration. He had always supported me and helped me immensely in choosing the right roles. I am very lucky to be born and raised in the field. My father’s experience alongside that of my family and friends have all played an integral part.

What was your favourite role to play?

Alia in ‘Satan’s Joy’ because it was my first role, so it has a very special place in my heart. Also because she has a completely different character from mine. I found this part very challenging; Alia is a victim and she’s such a drama queen! However, the biggest challenge was speaking in an upper Egyptian accent.

Did you ever come across a bit of your own character in any of your roles?

Sarah in ‘Baraka’ (Blessing). She is very hyperactive, energetic and has a strong personality that doesn’t like to show weakness. She is very talkative and loud, and at the same time always smiling and surprising you with extremely random actions.

Could you tell us more about your two Ramadan series this year?

I‘ll be Alia in the second part of ‘Satan’s Joy.’ She’s someone who has faced a lot of trauma, which causes her to cry constantly. The series was filmed in a year and a half; I spent a month and a half of that period suffering depression as a result of crying in most scenes. It reached a point where I had to spend 14 hours on set crying. My second role is Sarah in ‘Blessing’ – a light comedy. Sarah is the complete opposite of Alia. She has a goal and is very determined to go for it no matter what gets thrown her way. She does not care about what people think; she only cares about what she wants, but she’s not selfish. She’s energetic and is good at making people laugh.

Any artists you’d like to work with in the future?

Mona Zaki. I love that she began her acting journey at a young age, and she’s a glowing superstar! She could spend four years away from the spotlight, and she will still be the glamorous Mona Zaki when she makes her comeback. She never loses her shine.

Do you regret any roles?

I don’t. I experienced extremes of very different and contradicting roles, but I could not have been happier that I chose them. I got the chance to experience variety, which leaves me with no regrets.

What kinds of roles are you looking to play in the future?

I’d really like to play a villain or a two-faced character. I also want to try out something with baladi undertones, like perhaps a ‘me’alema’ in a rural alley.

What would have been your path if it weren’t acting?

I used to teach English, French and music to students ranging from kindergarten to grade 12, so I would have continued teaching. My dream, one day, is to own a nursery that I manage alongside acting.

How was your singing experience with Ahmad Al Fishawy?

I have known him ever since I was three, so it was very exciting to see the person whom I consider my brother in a different environment. It was my first time seeing him as a serious person. It was overall very enjoyable, and was something I was quite comfortable doing.

Could you tell us more about your second duet with him?

It’s going to be out soon. I have not heard it myself yet, so we are all going to have to stay tuned.