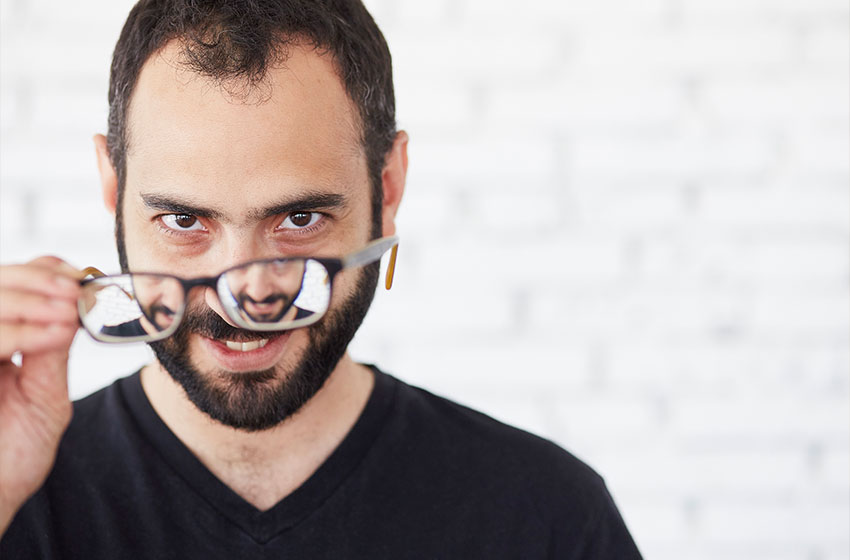 Simple and to the point

Chef Wesam is a Television and Radio presenter of food and cooking shows. He quit practicing medicine to become a professional chef and currently serves on the board of the Egyptian Chefs Association. He can be found on Instagram and twitter @chefwesammasoud.

For Iftar: my mom’s house and Sequoia. For Sohour: Yokal, Zooba and Al 3oda restaurant in Nasr City.

Your most unforgettable memory during the Holy month

Walking with my late father through downtown Cairo when I was 8 years old. He showed me where he used to go when he was a young man living in Cairo and it’s those days I miss the most.

I burnt my entire right hand with flaming hot oil about 15 years ago. The best lesson I ever learned about respecting fire and the potential pain if I don’t.

Mehallabia Qamar el deen. I can’t get enough of it!

Do you cook in Ramadan?

I have to: it’s my job and the busiest time of the year!

Don’t eat too much at Iftar, drink plenty of water and avoid too many carbs in general.

I love cooking scrambled eggs. Simple and to the point, with plenty of butter and fresh clotted cream.

These days I’ve been using Miso and Katsuobishi in a lot of my sauces and marinades.  Both are staples of Japanese Cuisine. There are many types of Miso, but it is most commonly made of fermented soybeans. Miso gives a lovely savory (called Umami) taste to food. Katsuobushi is dried smoked and petrified bonito fish that lends an amazing depth and smokiness to soups, dressings – you name it!

For the Date Batter

For the toffee sauce

To Make the Batter:

Remove pits from dates and chop into small pieces. Put chopped dates in a bowl, and cover with boiling water. Leave to sit for about 30 mins until cool. Blend in food processor and add vanilla.

Beat butter and sugar together until creamy, and add eggs one at a time, beating between additions to fully incorporate together. Beat in the molasses.

Start adding the flour and baking soda mixture one large spoon at a time, each time folding it into the mixture. Add a little milk. Keep alternating additions of flour and milk until all of it is used up.

Add the date mixture and stir to combine well.

Butter and flour seven jumbo cupcake cups (each about 200gm) and sit them on a baking sheet. Heat oven to 180C. Spoon batter evenly between the cup and bake for 20-25 mins, until risen and firm.

Remove from the oven and allow to cool while you make the toffee sauce.

To Make the Toffee Sauce:

Put the sugar and butter in a medium saucepan with half the cream. Bring to the boil over a medium heat, stirring all the time, until the sugar has completely dissolved.

Stir in the molasses then turn up the heat slightly and let the mixture bubble away for 2-3 mins until it is a rich toffee colour, stirring occasionally to make sure it doesn’t burn. Take saucepan off the heat and beat in the rest of the cream.