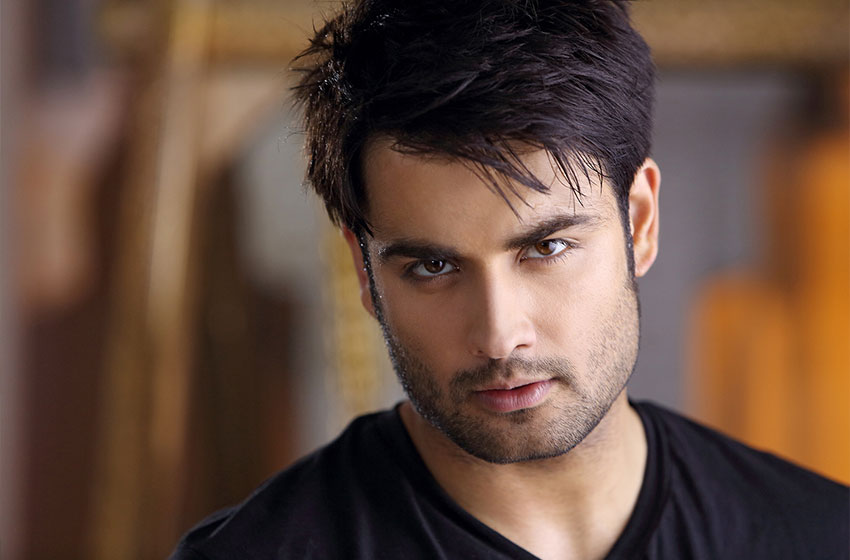 If you’re into those glamorous Indian TV soaps, then you’ll recognize this dashing young actor, Vivian Dsena, who has captured the hearts of the Arab world. Currently starring in the hit series ‘Shakti’, Insight finds out more about this rising star…

Tell us about your childhood?

I grew up in Ujjain, an only son born into an athletic family and brought up in a very secular atmosphere. I started playing football when I was 10 and started working when I was 13 years old.

You followed in your father’s footsteps at first playing football and then you became a model. When did your passion for acting come to light?

I discovered my passion for acting by myself, during my TV debut in ‘Kasam Se’.

How does modeling differ from acting?

Acting is very different from modeling. Modeling gets monotonous after a while but acting you learn every day. The day you think you know everything and stop learning is the day you stop acting.

Who really encouraged you to pursue your current career?

Before talking about ‘Madhubala’,we can’t skip ‘Pyar ki ye ek kahaani’ which was your gateway role into the hearts of Indians…

‘Pyar ki ye ek kahaani’ was a very special experience, it brought me into the limelight. That’s when people started to know ‘Vivian Dsena’. Thanks to Ekta Kapoor the television queen for giving me my break and not to exaggerate but she chose me out of 7000 people. I can’t thank her enough for having faith in me. Ekta I love you for this.

The series’ plot was inspired by the ‘Twilight’ movie and you portrayed the main character ‘Abhay’. Weren’t you afraid to be compared to Robert Pattinson who played the original role?

were very high. But I was more afraid of letting Ekta Kapoor down.

After the success of Abhay you got the role of R.K. How did you get that?

Prashant Bhatt recommended my name, I auditioned and got the role as R.K.

RK was full of complexities; he passed through many different emotional & physiological stages. How did you prepare for the role? There must have been scenes that were pretty exhausting…

Most of the scenes were in fact exhausting. And as for the character, I paid attention to every minute detail and nuance.

You spent more than 2 years shooting ‘Madhubala’, you must have many memories.  Can you share any behind-the-scenes moments?

Of course I have lot of memories like the word ‘Biwi’, which I invented and is still very popular. I gave a lot of creative input which I love doing and we all contributed and had fun writing scenes and making modification to the story.

Is there any similarity between Vivian & RK?

Yes… they both think a lot.

Were you aware that ‘Madhubala’ was being aired on Arab television?

No I wasn’t. For that I need to check my phone.

How does it feel knowing that you have fans all over the world now and that your shows have been translated & dubbed in many languages?

A lot of gratitude and I thank God that I am loved and accepted in so many other countries. I usually don’t come out of my shell and thank them enough, but now that I have a chance I really want to. Fans love is unconditional which I respect very much. Actually it’s unbelievable.

Do you consider ‘Madhubala’ a distinguished step in your career?

Yes, it was a very important decision I took. That was my chance to showcase my talent. After ‘Madhubala’ people started taking me seriously as a performer. I cleared up all the doubts that it wasn’t just about my looks, but I could act too.

It wasn’t a dream or a goal, it actually came as a surprise and thanks to all my fans who brought me this kind of recognition. It was totally unexpected. But I do believe in working towards my dreams. I go with the flow, while working hard on the choices I’ve made in life.

Despite your fame, you’re not an arrogant person, how do you keep up with this sort of equilibrium?

Arrogance gets you nowhere. I believe in being a good human being, that’s when people respect you. I am where I am because of the kind of person I am and not arrogance.

Most of your Arab fans are watching ‘Shakti’ on the internet now, tell us about it and your leading role as ‘Harman’?

Harman is a role that I’ve always wanted to play, a simple guy next door and not a rich, arrogant brat. ‘Shakti’ is a completely different concept not only in terms of my character, but overall. This is a role I connect to the most.

With your name shining in the world of television, do you have plans for Bollywood?

Not yet. If it’s destined it will come my way and if it’s not then it won’t! No matter how hard I try I won’t get it.

Name a director, an actor and an actress that you wish to work with one day?

Imtiaz Ali. Nassiruddin Shah. Rekhaji. These are my personal favourites.

With such a busy schedule, are you putting soccer and modeling aside or can you still manage it all?

I am managing playing soccer but not modeling as its really time consuming. Soccer is like breathing to me, I cant live without it.

How was the experience of ‘Jhalak dikhhla jaa 8’?

Tn out of ten. I overcame my biggest fear in life, which is doing a live performance on stage in front of an audience and judges. One of my best experiences so far.

Do you plan every step you take or are you a spontaneous person?

I do believe in spontaneity. I have never planned my career or future, I just followed whatever came my way.

What would you like to say to your Egyptian and Arab fans?

I would like to say that despite the language barrier you’ve all been watching my shows consistently, thank you so much for giving me so much love. God bless you all. Thanks for all the unconditional love.