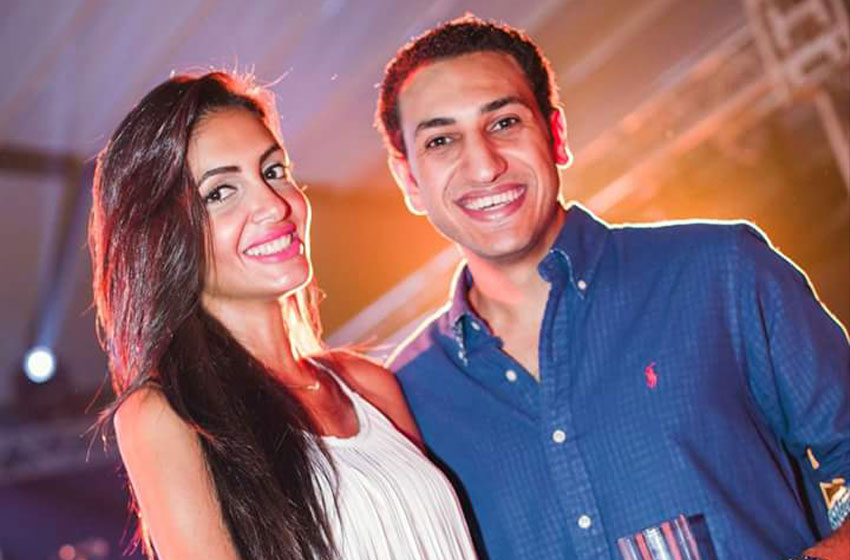 but he’s not just a man with an exquisite taste in fashion –he’s one with the kind of love story we only get to see in Ryan Gosling films. Omar Madkour has shared with us how he met his partner, Amira, how they fell for each other, and have become one of Egypt’s hottest couples. Check out what he said!

When did you know she is the one?

When I felt that I don’t need to explain myself anymore; she knows what I want and what I want to say without any elaboration. I no longer felt the need to act nice, decent, or romantic, nor did I need to fake anything that’s not in my personality. She loves me as I am, with the good and the bad.

How did you propose?

In a fancy restaurant while we were having a candlelit dinner.

What’s your secret to a good relationship?

By being in a relationship, both parties should realise that nobody “owns” the other party. Both have to have their own life, friends, getaways and some “me” time. That way, the relationship stays fresh and love is replenished. Be honest; Never lie. No matter how much of a good liar you think you are, one day she will find out the truth, and it will be very difficult to win her trust again. Never make promises that you cannot keep. Talk to her, give her enough space and confide in her.

What’s the most awkward situation you ever had together?

One day, we were invited for lunch at one of her best friend’s. I was so busy at work and was working on a big project; at this point I usually try to rest and sleep in my free time so I can have enough energy to continue the project. I told her go alone because I was too overwhelmed, but she insisted that I go with her, telling me it’ll only be an hour and that I’ll inevitably have lunch anywhere. I went with her, we had some nice seafood for lunch followed by tea mint, which was the last of what I remember because I ended up falling sleep on the couch and they couldn’t wake me up again, so they left me there. I woke up and everyone had left.. I think so far that was the most awkward situation for both of us.

What’s the best gift she ever got you?

She gets me lots of beautiful gifts! But maybe the best one was when I was shopping alone and I found nice brand watch that I wanted to buy, but I decided to get it later to avoid money shortage. I never told anyone about it, like literally no one knew. To my surprise, got it for my birthday, the exact same one I had my eyes on; same color, same brand!

What’s the worst thing you did to your in-laws?

I love doing pranks to the point that I sometimes feel that I’m sick. My family is familiar with my ways and they know me well, but my in-laws it took a while to get used it.

What’s a habit that drives you crazy about her? How do you handle it?

Talking for hours over the phone! I personally phone chatting. For me, talking on the phone should be an informative conversation for maximum time of just a few minutes, and it’s not a piece of technology invented to discuss abstract topics. I try to handle it by saying that I’m busy doing something, turn on the speaker and talk while am practicing anything else in my life, but I sometimes give up to a 60+ minutes phone call.

Who’s usually the first one to make-up after a fight?

She always fixes it. I am a bit headstrong and sometimes have an ego. That’s one of the things I don’t like about myself. She’s kinder and wiser.

You’re in the dog house, what’s the fastest way that gets you out?

I have something urgent. A friend has a problem and I need to go fix it and be with them.

In our first engagement anniversary, we took a plane for a one-day trip to Luxor. I had not been there since 1996 before then. We enjoyed a beautiful tour in the temples and tombs, followed by lovely Nile view lunch, then we watched the sunset from an air-balloon. It was the perfect date, and it felt like a dream.