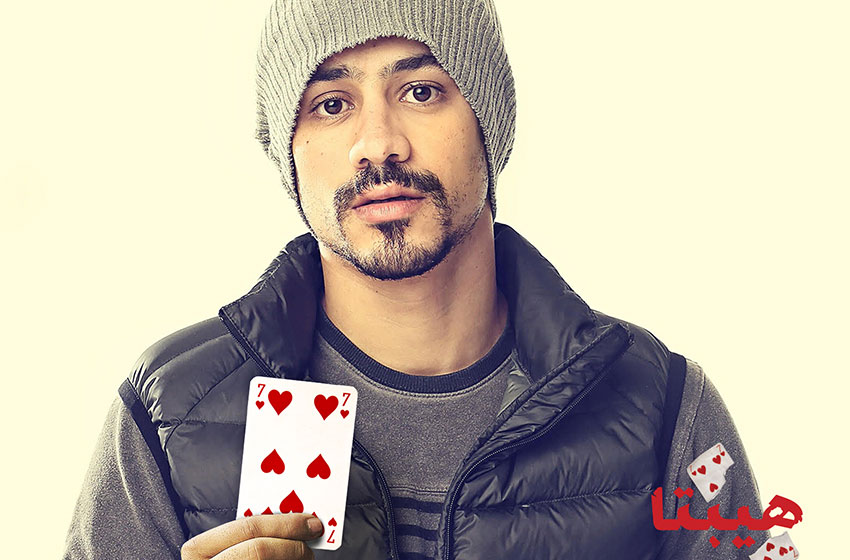 Ahmed Dawood, has uncovered his tracks of his success telling us all about his baby steps to becoming the absolute mimetic virtuoso and spilled the beans about his latest role as Gomaa in Before The Summer Crowds!

Who is Gomaa? What made you determined to play that specific role in Before The Summer Crowds?

It all began when I read the script without anyone telling me the part I was assigned to play, but as soon as I spoke with the producer my response was “I can’t play anyone other than Gomaa”.
As you know, Gomaa is a young man from Upper Egypt, who has just completed his military service and goes to a seaside resort in the North coast to fill in for his brother as a compound caretaker. It’s the differences in the social classes between Gomaa and the resort’s residents that create disturbance in his character, so he leaves them. He’s lost and doesn’t know what he’s doing so he steals cigarettes and throws away wine bottles, while of course he realizing that, if he was brought up in similar conditions to theirs, he would have been better than them. But what really appealed to me about his character was how he talks to everyone in a respectful manner like he doesn’t know what’s going on whilst secretly knowing what each of them is up to.

Would you have accepted the role, if Mohamed Khan was not the director?

What initially attracted me to the role was the script.  Of course, I was really glad that Mohamed Khan is the film director. However, if it was another good director, I think yes, I would have accepted it.

During the filming of Before The Summer Crowds, who in the film crew did you most make contact with?

Well, Maged El Kedwany and Hana Shiha, since we have worked together in most of the film scenes.

What was the hardest scene you had to film in Before The Summer Crowds and why?

In fact, it is hard to say that the film had difficult-to-shoot type of scenes, but I have to say that the real struggle which we all had to go through lied in impersonating and taking control of the characters’ personalities played in the film, as our roles were completely different from who we really are.

Have you ever played a role similar to Gomaa in Before The Summer Crowds? Have you ever met a character like Gomaa or can you relate to him in any way?

It was the first time for me to play a character like Gomaa in my career! Come to think of it, I might have encountered a character who was similar to Gomaa in real life, which helped me with impersonating of Gomaa on-screen.

Do you have a favorite scene that you have filmed in any of the movies you starred in?

Do you have a favorite film crew in particular that you have worked with in the past? Tell us why.

I would say I was very fortunate in most of the film crews that I have worked with,since I usually choose my work based on the director and cast. Each film crew bring along their own energy and experience, for instance I have enjoyed working with each one of Kamla Abu Zekry, Karim Al Adl, Yousry Nasrallah, Mohamed Khan and Tareq El Eryan. Each of them have inspired me in a way and working with them was a very joyful experience.

Was there a turning point in your life where you just decided you want to act for a living?

Acting has always been a main target for me, but at the beginning I had a side job as a line producer but it was only so I could be able to pursue my acting career and do what I like and not what I’m compelled to do.

How old were you when you starred in your first role?

I started acting when I was still a university student in 2002, performing on the university theater.

What is a dream role that you still haven’t played, and what do you think you would bring to it?

Nothing in particular, I haven’t decided yet on a specific character that I want to play. It is always the screenwriters’ imagination that inspires me to choose the characters I play.

Is there a particular role you have played in the past that caused you stress of any type?

Is there a particular role you have played in the past that you would do better as the experienced Ahmed Dawood you are today?

Not a single role, because each role I played was intended for its own time along with my energy, age, and experience at the time, so it brought the best of me at that certain time. And with time, my choices unintentionally change and my work choices depend more on the experience I have gained, so I really believe everything is best intended to happen at its own time.

Which role do you think was the ultimate breakthrough in your acting career that brought you where you are now?

What’s your dream award that you still aspire to win?

I’m not concerned much with awards. The thing that makes me happy the most is euphoria I feel during acting, not before and not after.