After Sarah Hegazi’s images raising a rainbow flag at a concert in Cairo went viral, she was charged in 2017 by “promoting sexual deviance debauchery”. Upon her release, she claimed asylum and moved to Canada. Only three days ago, the Egyptian activist passed away by suicide in Canada. According to what is told, this is her second suicidal attempt that came three years after the first one.

This was what she wrote before her death: ‘To my siblings – I tried to find redemption and failed, forgive me. To my friends – the experience was harsh and I am too weak to resist it, forgive me. To the world – you were cruel to a great extent, but I forgive.’

Social media then turned upside down and a verbal fight started. People mainly split into five groups, if not more. Some people strongly defended her, while some remained quiet, some sympathized with her, others explosively attacked her, and others reasonably expressed their opinion. 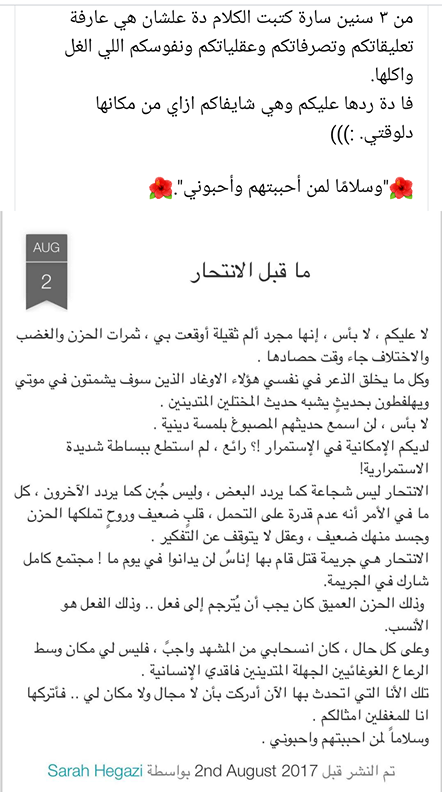 The ones who backed her did not necessarily belong to the LGTB community. Even some of those who sympathized with her do not agree with homosexuality or atheism. Whether they belonged to the community or not, their comments simply showed that many cannot stand more the double standard society.

A sarcastic side of the story is that a good number of those ruthlessly attacking her are themselves subject to unfair and ill-treatment. Some of who opened the fire against Sarah are the same ones complaining of sexual harassment, for instance. Others of those harshly blaming her for inciting against religion are obviously disobeying religion in a way that deeply harms others. These two categories made the credibility of this group questionable.

On the other side, many praised the reaction of some clergy who sympathized with Sarah. These clergy did not only criticize the harsh castigate she faced -and she is still facing even after her death- but also opposed fanatism in general and fanatic religious discourse in particular. 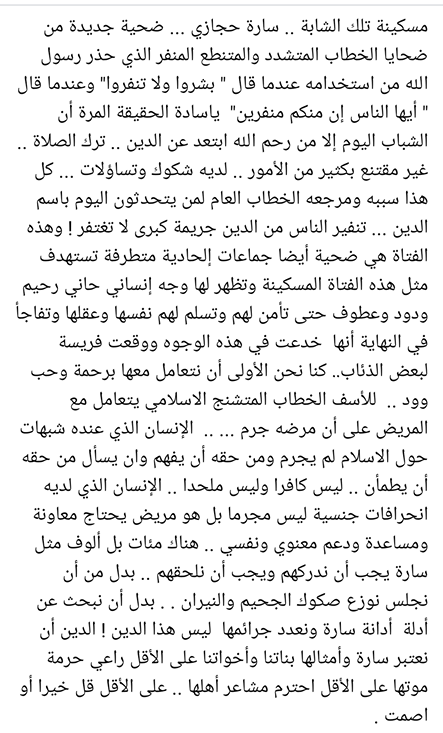 Sarah died, and it seems that she did not lead a peaceful life. Can’t we leave the matter to God and just leave her rest in peace!

The Premier League Is Back! Wow!