Dalia is a very talented and passionate actress. No one can forget her amazing role in ‘Al 3esyan’, that series was very popular as it was a turning point in her career. After her mother’s death, she had a rough time, it took her so long to come back to the screens, and now she did, starting with her amazing roles in ‘Al Kabreet Al Ahmar’, and recently her astonishing performance in ‘Hawadet El Champs Elysees’, people loved her role so much that her name became a trend on Google search for days, and now she is one of the leader actresses in the TV production.

“The hardest lesson I learned was after the death of my mother, I knew that I should be stronger than ever before.” 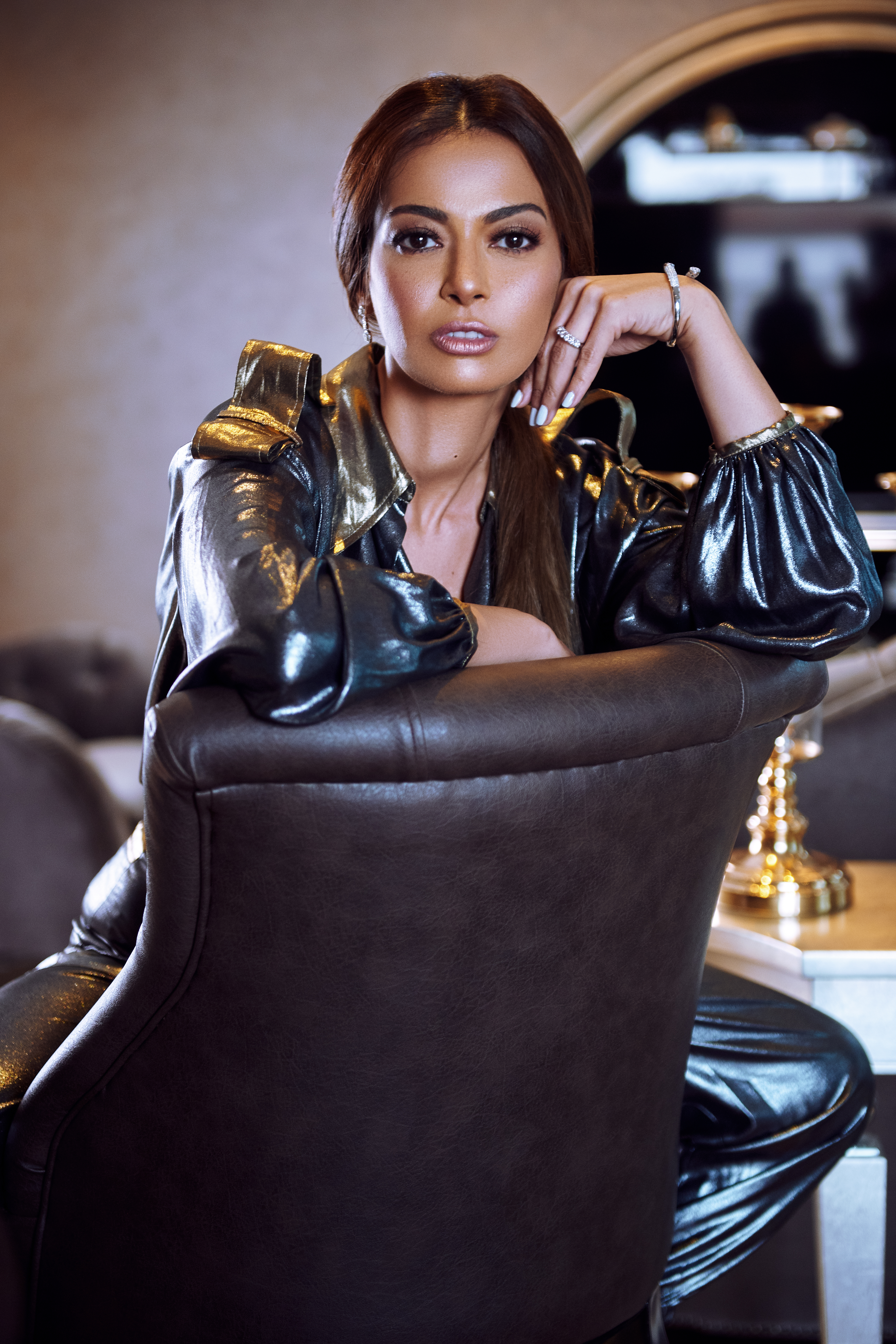 I’m an actress, graduated from The Higher Institute of Dramatic Arts, and I’m working since 1997. I’m married to the talented actor and great man Sherif Salama, and we have two beautiful children.

My work and my family, they are most important things in my life.

Both are so important for me, and I think they are both related actually, and completing one another.

The hardest lesson I learned was after the death of my mother, I was in so much pain, she was my biggest supporter, but when she died I learned that I have to be stronger than ever before, people thought that I was so strong, but it turned out that I’m not after what happened.What’s the best advice that was given to you?

The best advice that was given to me is to keep trying to pursue whatever I want to pursue, to always have positive energy within me, and to never give up no matter what happened to me.

I think my life is an open book for everyone, as I’m always keen to be honest and genuine in all of my interviews. 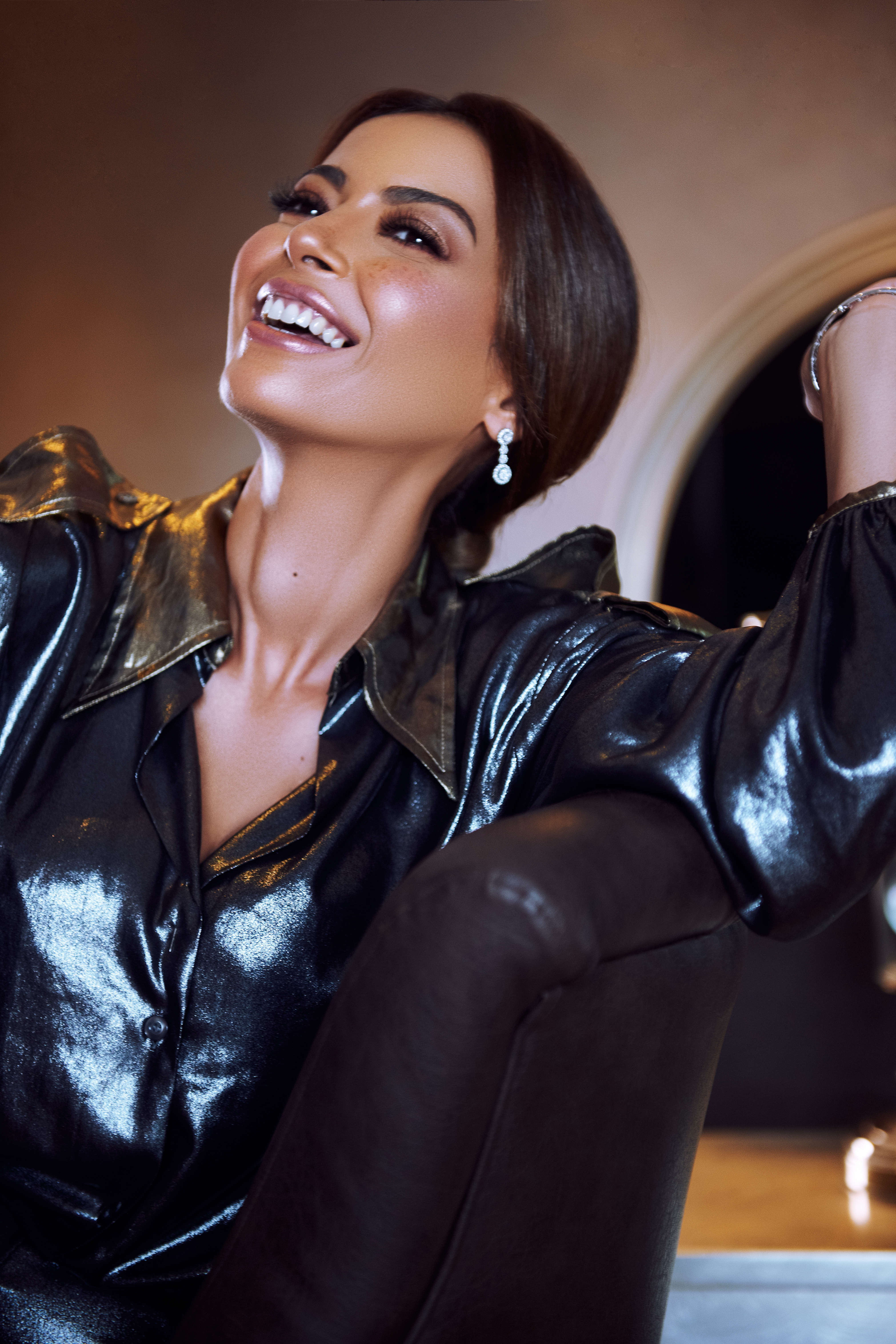 What is the one thing you are proud of the most in your life and career?

The one thing that I’m proud of the most is that I don’t regret anything I did in my career, people liked each and every one of my roles, and that what matters.

Do you regret anything you made in your career?

I only regret that one series I made, the writer promised me that my role will be more effective and it will have a bigger part in the dramatic plot at the end, but none of that happened, so I decided that I won’t take any roles unless I’m fully convinced with it.

The series ‘Al 3esyan’ was a turning point in your career, tell us about that project?

That series actually has a funny story, because at the same time I was offered another leading role in a movie with ‘Alaa Waley Eldin’ and I wanted to take that role so much, however my mother had a different opinion, she was completely convinced that I will do better in ‘Al 3esyan’, and so I did. I was so amazed by how successful that series was, beside the feedback of the audience on the series and on my role in it. Till now people still remember that series and calling me by my character’s name ‘Doctor Salwa’.

Did you expect the huge success of the movie ‘Tabakh Al Ra2es’? Do you think it became even more successful after the 25th of Jan. revolution?

I knew since we started shooting that movie that it will have a great influence on the Egyptian streets. It was a huge success before and after the revolution, maybe it was displayed on TV more after the revolution because it was related to that specific presidential period.

The series ‘Al Kabreet Al Ahmar’ was very popular and successful that they produced two parts of it, tell us about your experience in that project.

One of the closest characters to my heart, Jermine in ‘Al Kabreet Al Ahmar’. She had a very strong personality, trying to be someone she is not, trying to appear with a little insanity, but she was the total opposite. What I was admiring about her is that she always seeks to have freedom and independency in her life, without considering any of the other’s opinions. I really hope we can make a third part because it has a very insightful scenario. Home with my family.

Who or what is your greatest love?