Known as much for his dedication to placing authentic Japanese fine dining on Cairo’s gastronomy map, in addition to his fine Far East-inspired Japanese food, Kunihiko Komatsu is widely regarded as one of Cairo’s most distinguished chefs. He spent 27 years mastering his craft between Hokkaido and Cairo with some of the biggest names in the industry, before joining Shogun in InterContinental Cairo Citystars to embark on a gastronomic venture that continues to evolve and amaze.

Why did you choose your career as a chef?

I chose this profession because I have a strong desire to express creativity and innovation. Being a chef can take on the nature of being an artist when a creative cook steps up to the cooking counter. I believe those who choose to be chefs as a way of expressing their inner creativity can cook their way into signature dishes that draw loyal customers who enjoy the one-of-a-kind meals.

What are the main elements that distinguish the Japanese cuisine?

The main elements that make Japanese food so distinctive is Nori which is a dry seaweed, Shoyu, the Japanese soy sauce, and Miso which is a Japanese seasoning that is made from fermented soybeans. In addition to Wasabi which is sometimes called Japanese horseradish and Beni Shogaa; pickled red ginger. We also have other essential ingredients such as Katsuo-bushi, Aonori and Tare Sauce. 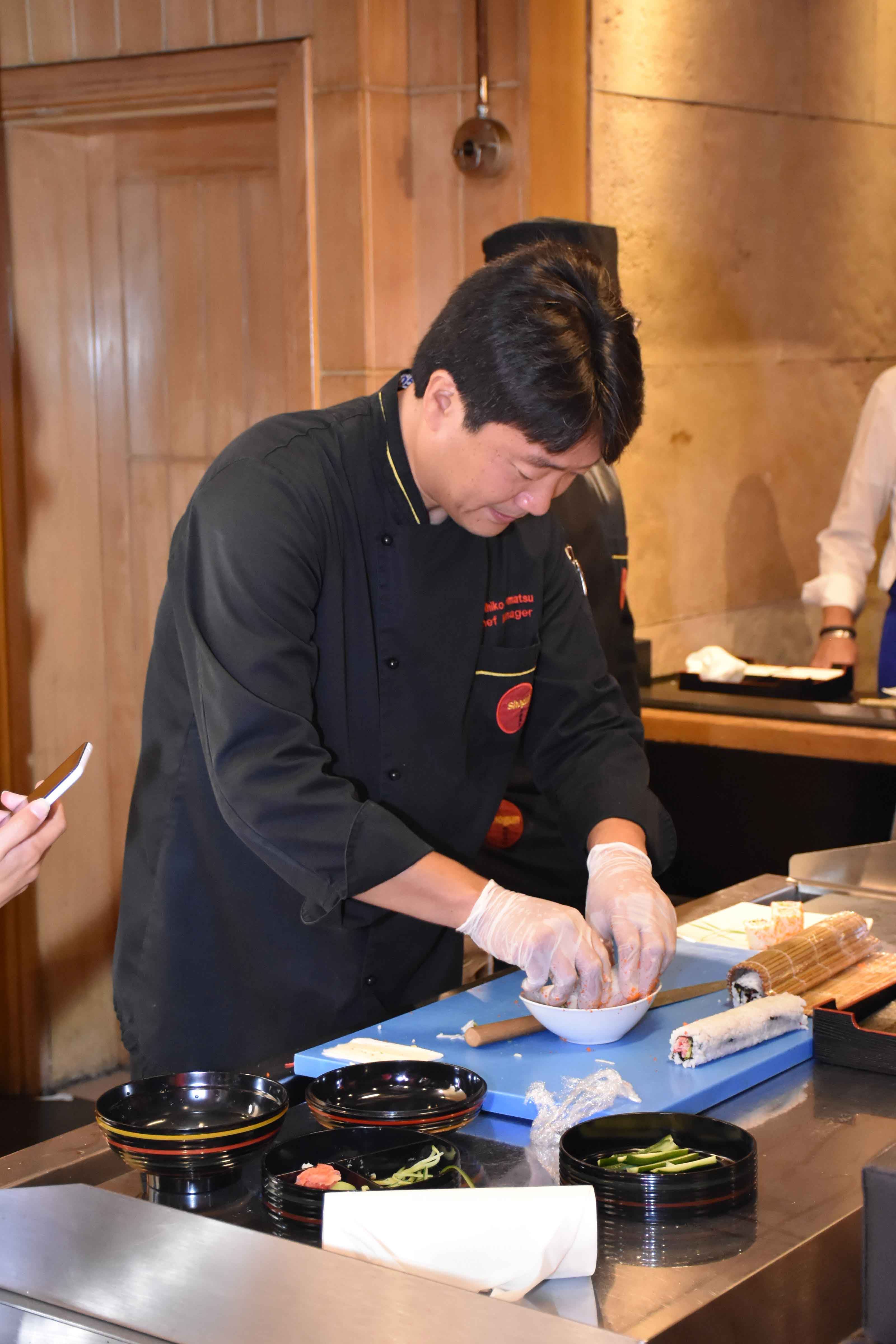 What inspires your cooking?

I grew up in an environment where good food was valued but what currently inspires my cooking styles and techniques are guests’ tastes and satisfaction.  I like to see Shogun’s guests enjoying their favorite dishes with a smile on their faces. I have a great interest in creating an authentic Japanese gastronomic environment in Shogun, and guests’ happiness is my ultimate motivation.

Do you have a favorite ingredients or dish?

What differentiates Shogun from any other Japanese restaurant in town?

Shogun is one of the unique restaurants in Egypt which specializes in true Japanese cuisine. Japanese cuisine has more to offer other than Sushi and is rich with a variety of dishes that the Egyptian market hasn’t been acquainted with. Shogun introduces a special menu not to mention the fantastic teppanyaki, in addition, we use the freshest ingredients, such as local fresh Mediterranean tuna fish and fresh Norwegian salmon.

From the Japanese rich specialties, other than Sushi, what else does Shogun offer to the guests?

As I mentioned earlier, we are specialized in authentic Japanese cuisine and what really adds to our distinguished identity is the traditional Japanese menu, which serves dishes that are popular, and very well known to Japanese guests. 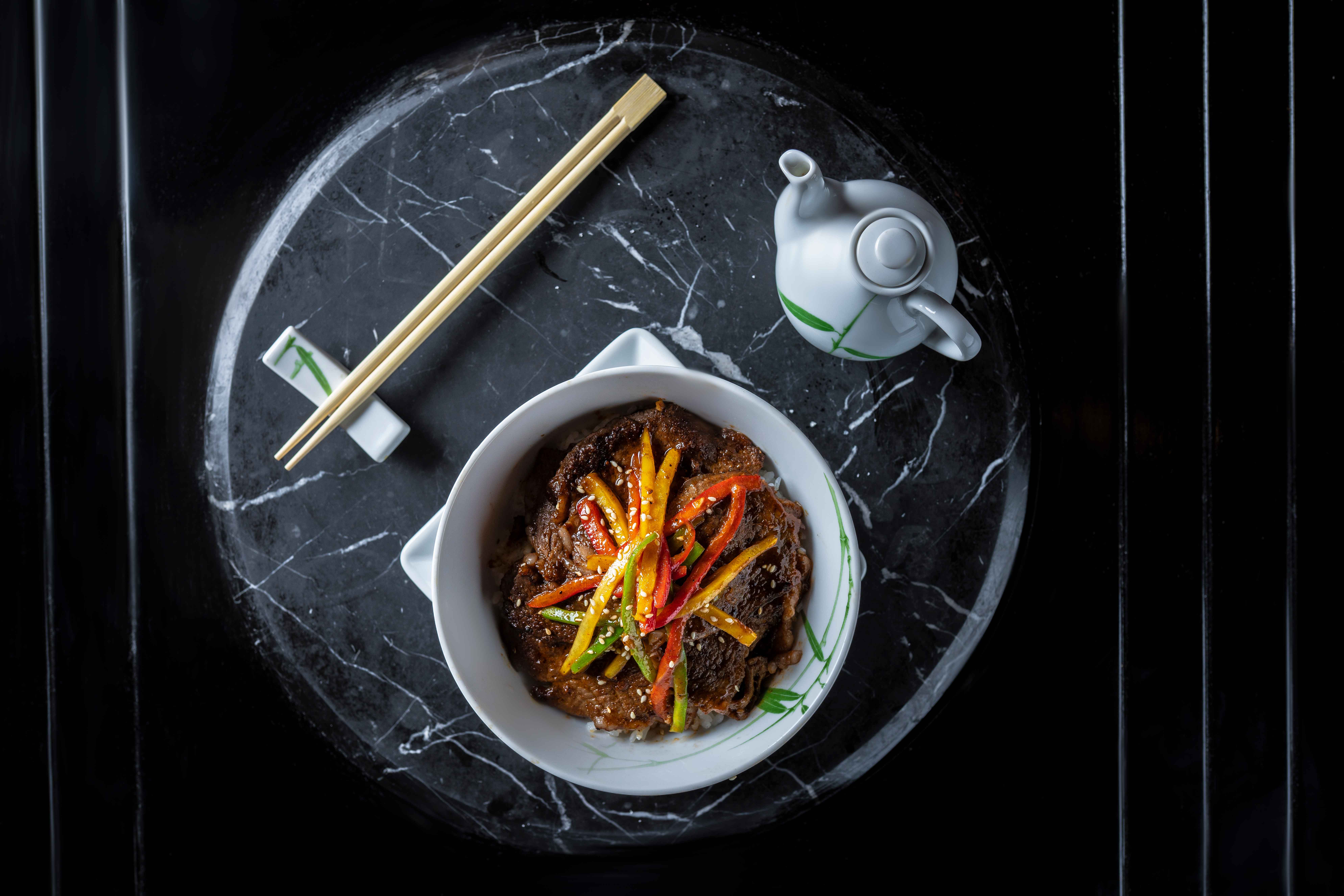 What piece of advice would you give to junior chefs?

I would highly recommend getting some practical experience before you commit yourself to this career. A junior chef must first sharpen his skills, learn about the basics and research continuously about other skilled and experienced chefs. Shadowing an experienced kitchen veteran will definitely help you build a strong career.

Do you have any new and exciting projects you’d like to tell us about?

As I am a Japanese running a Japanese restaurant in Cairo, I’m continuously searching and observing the local area more profoundly in order to discover more about Egyptian culture in order to serve the authenticity of Japan while appealing to the Egyptian taste. In the future, I’d like shogun to go further and help Cairenes understand the real essence of Japanese cuisine which they will definitely love and appreciate.

What are your hopes for the Japanese gastronomy’s future here and for Shogun?

To maintain its premium level of service, sustain its great reputation in the market and keep guests satisfied and amazed by its new innovative gastronomy inventions and traditional authentic Japanese specialties.