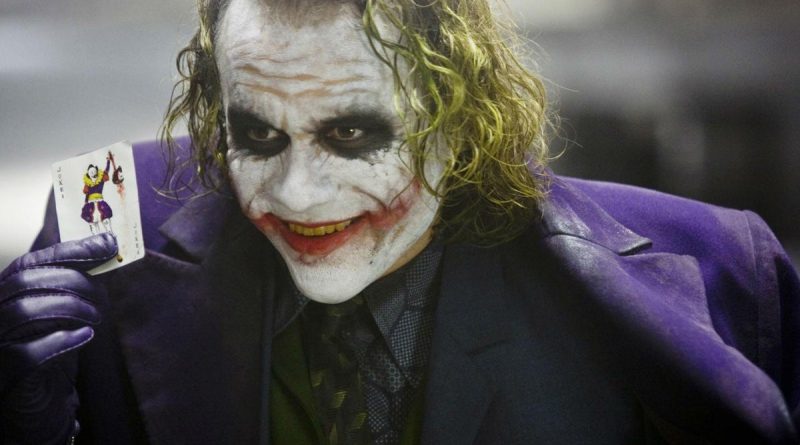 some movie villains are so compelling to be hated. And although we hate despicable characters in real life, sometimes thanks to a breath-taking performance by a masterful actor or actress, we find ourselves taken away by the performance and the psychological details it reveals until we find ourselves in love with a detestable psychopath!

Cruella de Vil from 101 Dalmatians (1996) is known for being one of the most malicious characters who appeared on screen as she kills adorable puppies with cold bold, and we are not okay with that – just to make things clear. However, we can’t deny that the woman is not predominately evil, for she has some nice qualities that single her out. For instance, she is an accomplished woman who builds her own business, which she employs to support her fellow women. She is one of those friendly bosses who love to spread positive energy among her employees by telling them that they got the goods! We don’t know why she treats dogs in such a horrendous manner, and why she picks puppies to slay, yet other than that, she is worthy of admiration.

It is really hard not to have sympathy for this poor monster since the only reason for his being a monster is the harsh treatment he receives from humans. He has never chosen to be created in such a repelling form, and even when he tries to approach people to befriend them, he gets ostracized. He describes his predicament saying, “I expected this reception. All men hate the wretched; how, then, must I be hated, who am miserable beyond all living things!” His innocent, childlike character is smashed by society’s cruel discrimination just because he is born different.

Those who read Harry Potter’s books know the discrepancy between Lord Voldemort’s character in the books and his character in the movies. The movies gave Lord Voldemort a new comedic dimension that made him more likeable and entertaining. He is no longer this utter cruel, cold-blooded wizard who seeks nothing but revenge as he is there to eke out laughter too. However, his demonic character still gives children nightmares for years to come. And we can’t forget Voldemort’s sinister laugh which became one of the franchise’s classics of all time. That is why many of Harry Potter’s fans love Voldemort more than Harry Potter, feeling no pangs of guilt.

Miranda Priestly from The Devil Wears Parada (2006) is one of cinema’s iconic harsh women whom no one can ever stand as a boss. However, it will be an outright lie to say we don’t admire her. Miranda has worked herself to the bones to acquire such a powerful position. She even worked so hard to keep her American accent intact although she spent 24 years in England! She is also a tastemaker in fashion and has her own go-to fashion looks regardless of what everyone says. She is the one who tells the world what to wear! Yes, she treats her employees in a blunt manner that makes you want to strangle her, but she ends up giving Andy an excellent gig, so maybe her harshness stems from the fact that she has toiled so hard to get to the top, which is quite a challenge for a woman.

Fight Club’s Tyler Durden is a double-sided character played by both Brad Pitt and Edward Norton, but Brad Bitt’s Tyler wins over Norton’s regarding villainy. Brad’s Tyler acts like an impulse thug, but deep down, he is a wise philosopher whose ultimate goal is to free people from the patriarchal society that turns them into sheer consumers. Who can forget his most memorable saying,” the things you own end up owning you.” So, yes, he is a terrorist who blows up mansions and government buildings, but he makes sure that the buildings are empty before bombing them, which means that he doesn’t want to harm people but social institutions.

This soft-spoken baddie from Psycho (1960) has won numerous hearts with his double-crossing villainy that cannot easily be detected by his victims. He is the kind of person that you would feel safe with and that every respectable family would be glad to see their daughter walking down the aisle with. What makes Bates a great villain is his uncanny ability to act like a kind-hearted person. It really makes you look around at the people in your life and think…am I seeing them for who they really are? Bates is indeed the perfect embodiment of the appearance-vs-reality concept.

Harry Potter’s Snape is one of the most lovable villainous characters who bend the mould of flat mindless, stereotypical villains. Despite being one of Voldemort’s gang, he still spares a room for love and altruism. Although Snape has never loved Harry, he chooses to help defeat Voldemort just for the sake of Harry’s mother who was his greatest unrequited love. Snape decides to do what Harry’s mother would have done if she was alive. As a result, Snape is killed at the hands of Voldemort because of treachery. He still remembers his beloved although she never reciprocated his feelings. “After all this time?” “Always”.

Christopher Nolan’s The Dark Knight (2010) has earned rave views by spectators and is deemed the best batman movie ever made. And much to our astonishment, a plethora of spectators admit they love the Joker more than batman. Although we can’t see eye to eye with the joker’s cruel deeds, we all agree with his set of principles as he is committed to proving that “all it takes is just one bad day for even the best of us to fall.” No one is incorruptible is the Joker’s most-believed dictum that he demonstrates by burning the world. Interestingly, the Joker is not after money or fame as his sole intent is to prove his theory.

No matter how notorious Lecter is, people will always point their love for him. This serial killer from the Silence of The Lambs, who eats musicians and chew on their meat when they play out of tune, still wins people’s respect for his intelligence, disarming smile, unmistakable mentality, and his will to help officer Clarice crack her case. Just imagine if you were offered a chance to visit this criminal mastermind and enjoy his friendly vibes, would you refuse it? Speaking for ourselves, we would never turn such an opportunity down, provided that the cell doors are well-locked. We love Lecter because he voices a message to world governments to make use of witty criminals like him to solve complicated cases because imbuing their lives with meaning is the best corrective to their lost souls.