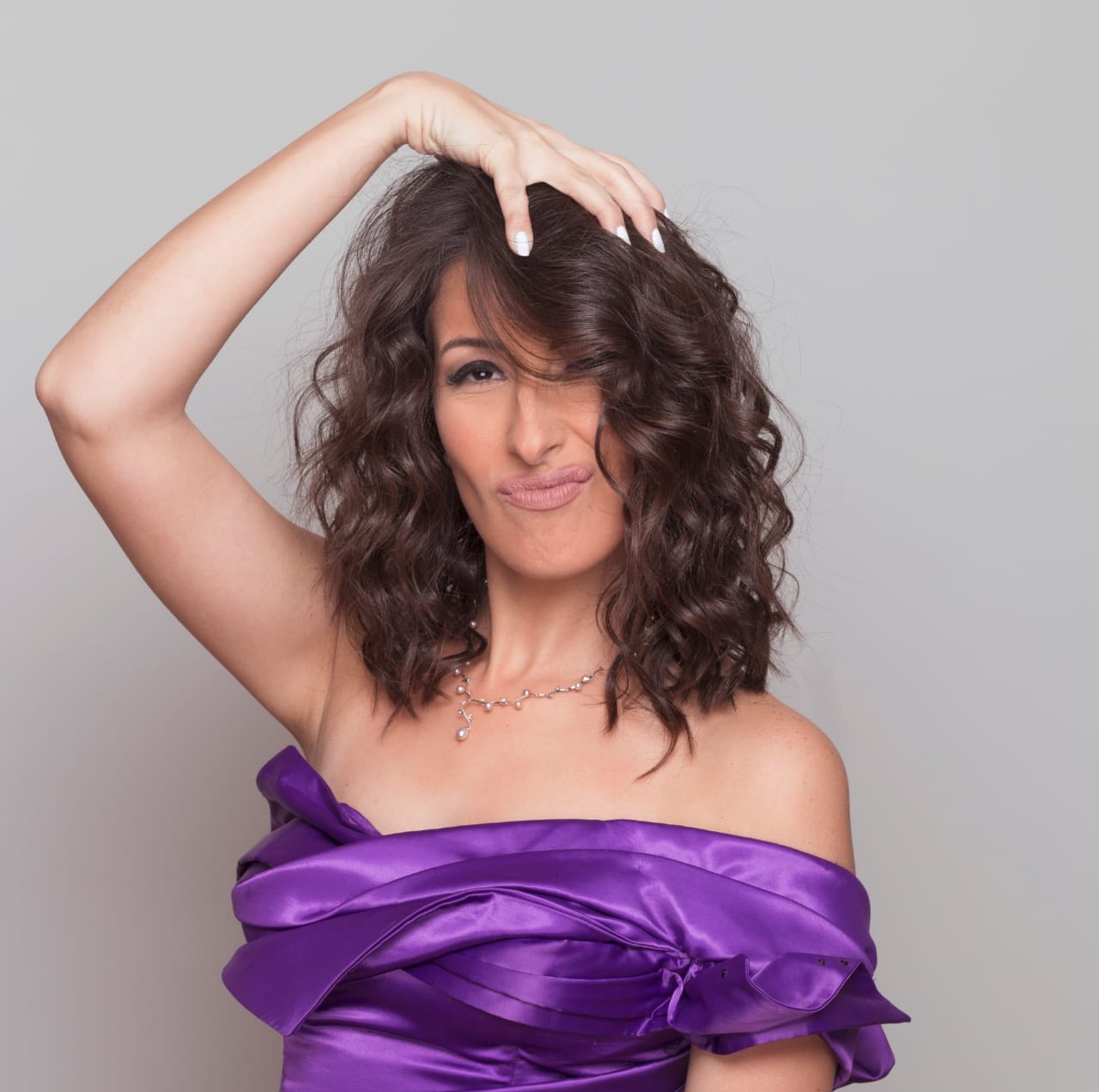 Gilan Alaa is an uprising actress that has acquired a special place within people’s hearts, for she loves to spread happiness wherever she shows up. She started acting in Akram Hosny’s show and is currently starring in a myriad of cinematic and dramatic works.

Tell us about your experience as a radio-presenter.

I started in 2011 in Diab radio, a station owned by Amr Diab, which was a wonderful experience that I enjoyed so much. At the time, I wasn’t thinking about being an actress at all. I just wanted to be a famous radio-host, heard by millions. After four years, my dream came true, for I joined Mega FM and presented a program called ‘Donia Agmal Ma’ Wogoh’ every day from 9 am to 10 am, and it achieved a wide-spread acclaim.

How did you alter your career from a radio-presenter to an actress? And was the shift easy for you?

While I was working as a radio presenter, I started shooting some comic videos that display my talent as an actress. I sent these videos to many celebrities, yet Akram Hosny was the only one who acknowledged my work and asked me to meet him. Akram was preparing for a program called ‘Wasim Hodhod’, which I joined after getting accepted. I don’t think that I went through a huge transition; after all, I’m still a radio-presenter and an actress at the same time. What I felt at the time was that my dream unexpectedly came true.

You started acting in many shows, movies, and tv series. When was the time you said to yourself that you are finally making your dream come true?

It was in 2013, when I got Akram’s call to come and join him in his program. I felt that finally God has answered my prayers.

Do you wish to present an Egyptian musical show or tv series along the lines of the shows of Nelly and Sherihan?

Of course, I wish I could present musicals and quiz shows like the popular shows of Nelly and Sherihan. I would also love to present theatrical plays based on performances and music because one of my lifelong dreams is to present something that comprises acting, singing, and dancing.

Weren’t you afraid somehow to appear in ‘El Kowaysen’ movie with a bald head?

I was scared that people might dislike me or think that my role is not funny or silly. However, the movie was acclaimed by people and, especially, by children.

Some people don’t understand doing impressions and regard it as bullying. What would you like to say to them?

I do impressions since I was five years old. I used to mimic my family members and teachers, and I was never regretful or dubious regarding what I was doing. The first time I heard that doing impressions is a form of bullying was just two years ago. Anyway, people are free to think as they like, but I won’t stop doing impressions because I know this isn’t wrong.

You are now preparing for a tv series with Hannah El-Zahed, and your role is not a comic one this time. Can you give us some details about it?

Hanna El-Zahed’s tv series consists of nine stories, and I will show up in two of them. One of these two stories is a lite story, and in this story, I play the role of a wise girl. The second one is a tragic story and I’m so enthusiastic about it because it is a new experience for me. I tried myself in tragedy once in one of the scenes of ‘El Anesa Farah’ tv series, and I realized that yes, I can do it!

What’s the inspiration behind the fictional characters you embody in your videos, such as Maysoon and the nanny?

Well, I acquire a certain ability of transformation once I change my look. Get me a jilbab, and I will start acting like a country-side girl. Similarly, when I started using Snap Chat with its numerous filters, the characters started coming into existence. I was so happy to see people engaging with my characters. I also became somehow attached to them to the extent that I sometimes open Snap Chat just to say hi to them without posting any videos.

You’re playing a down to earth, simple girl in ‘El Anesa Farah’ series – not the normal conniving roles we are used to: Is this similar to your character or the complete opposite?

Yes, this is definitely me. I am very impulsive since I act on instinct, without thinking my words through, which always causes me problems.

How did your family react when you told them you wanted to be an actress?

They stood in my way years and years until I got a real opportunity, so we started negotiating. Afterwards, my father started to confine in Akram Hosny’s program. The transition was somehow gradual for my parents, which gave them an edge over the difficulty of the situation. 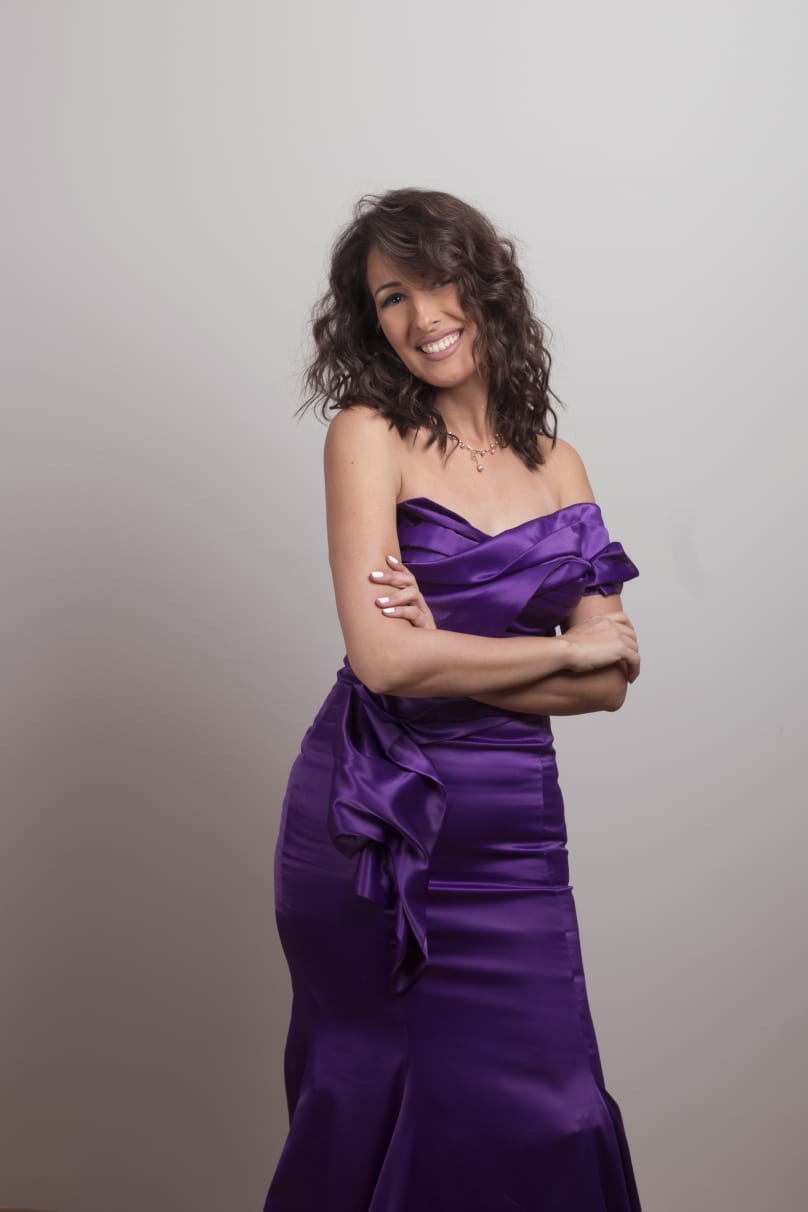 Has your talent of doing impressions caused you any problems?

Sometimes people get angry and feel offended, which makes me sad because I only want to spread laughter, and I never want to do this at someone’s expense. That’s why, if one of my videos winded someone up, I would delete the video and apologize.

You call yourself the spinster. Can you tell us the story behind this nickname?

Four years ago, when I was 28 years old, people started to tell me that I should get married before I’d turn to a spinster. Usually when people try to irritate me, I  do the same to them by poking fun at what they say, and that’s what happened: I told people that I won’t get married and started kicking off the suitors who proposed to me. The most important feat came when I shot my first video on social media about how to kick off your bridegroom, which received million views. This video marked my debut as a vlogger on social media.

What if you encountered your prince charming, yet he asked you to compromise your acting career?

I will leave him immediately.

During quarantine you were on fire on social media, shooting videos every now and then. How would you like to describe that special period?

As unexpected as it might seem, this critical period turned out to be one of my good times as it gave me the chance to discover many hidden talents, such as cooking. Career-wise, I acquired a maddening air of creativity and decided not to wait for directors to furnish me with roles; I just took my camera and started doing what I love the most. For me, I think that success on social media is somehow akin to success on screen. Social media has also boosted my self-confidence as I get so energized when I read people’s positive views.

I wish to be ranked as the most successful comedian actress in The Middle East.

What is your favourite movie?

What’s the weirdest thing a fan has ever done for you?

I had that adoring fan who used to send me love messages to accept his marriage proposal even when I wasn’t on air. The messages were written in an elevated poetic tone, which was hilarious and bizarre.

What is your biggest fear?

Pride. I don’t like snobbish people, and I wish to always be close to people.

What would be your superpower?

I want a power that can dispel my fear of insects, rats, diving, and hiking because I’m not a brave girl at all.

I don’t like the idea of bearing the responsibility of another living creature because it needs a lot of effort.

Which fictional character do you love the most?

None. Why should I love characters that don’t exist? (Laughs)

Who are your favourite actresses, both in Egypt and abroad?

I love actresses who have an air of spontaneity, such as Menna Shalaby, Abla Kamel, and Julia Roberts.