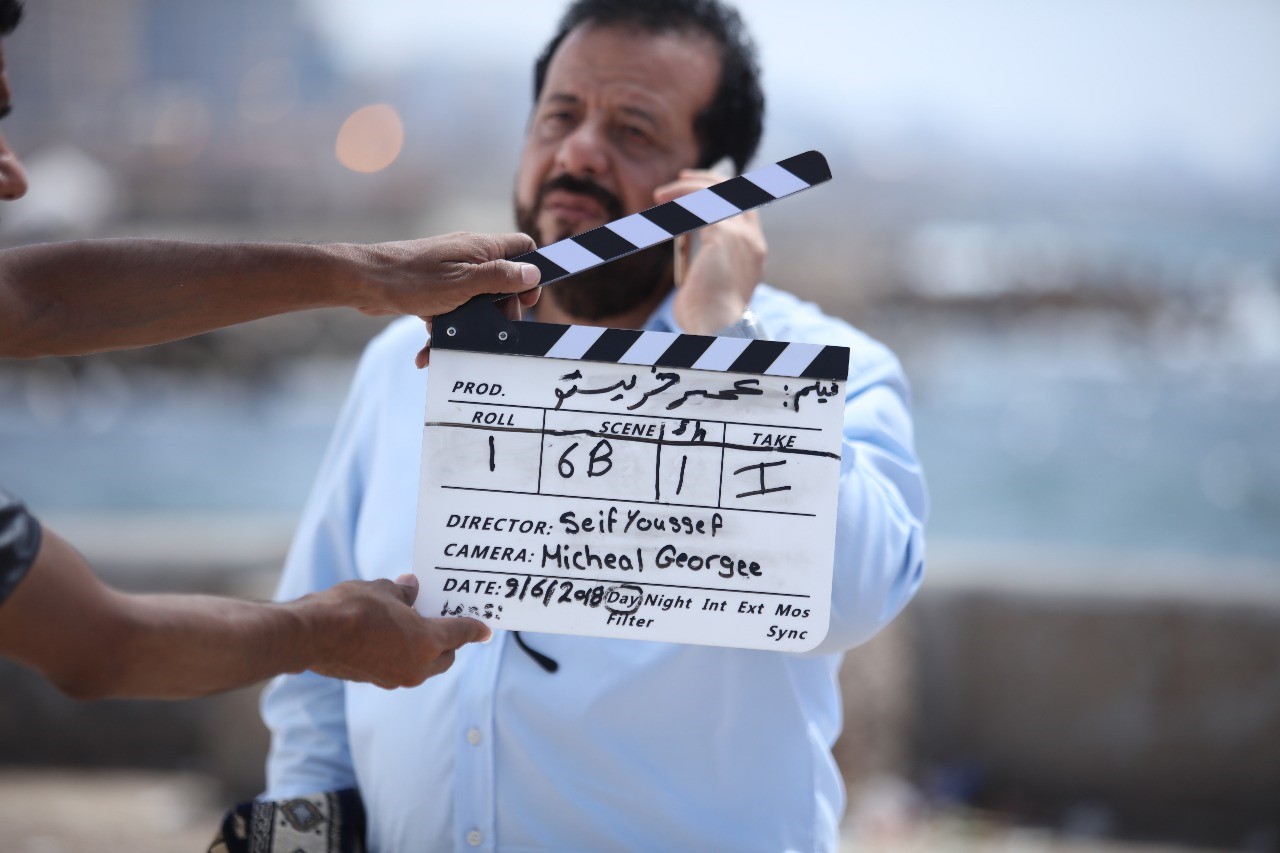 Atef Abdel Latif created the stories of the movies Al Morsi Abo Al Abbas, Rehlat Youssef (Youssef’s Journey), and Omar Khristo. Along with remarkable actors from Egypt, Morocco, and Lebanon, he starred in these movies. His short feature film Wadi Al Asrar (The Valley  of Secrets) participated in the Muscat International Film Festival, where he was paid homage. His most recent film Cevan was freshly premiered. On this occasion, (in) sight magazine met with him.

“I am inclined to the works that address human issues and this is most pronounced in my films,” says Atef Abdel Latif.

Could you provide an overview of your four previous films?

The idea of my first movie Al Morsi Abo Al Abbas occurred to me while I was on the airplane.  The film was shot in Egypt and Morocco. It narrates the story of Khaled who lives in the Egyptian coastal city of Alexandria. Unexpectedly, he discovers that his origins are Moroccan. So, he travels to Morocco and there, through his journey of discovery, he finds out that he descends from a Jewish family.

My second film Rehlat Youssef (Youssef’s Journey) was also shot in Egypt and Morocco, and it deals with a relativity issue. After a girl was almost twenty-year-old, she discovers that the man who raised her, with whom she was living all this time, is not her father.

My third movie Omar Khristo talks about Omar, who was raised in Greece and learnt about the sea thanks to the Greek sea captain Khristo.  After he came to live in Alexandria, and after receiving threats from a terrorist group, he travels to Lebanon, and a journey full of suspense begins. The film shoot happened in Egypt and Lebanon.

I also made a 21-minute feature film called Wadi Al Asrar (The Valley of Secrets) about the Egyptian city of Saint Catherine, its monastery, its nature, its beauty, and its importance. Thanks to the film, which was screened at the Muscat International Film Festival in Oman, I was paid tribute there.

Which Moroccan city did you choose for filming your movies & why?

I chose the painteresque city of Marrakech and its surroundings, where the weather is nice, the nature is beautiful and diverse, there are mountains, desert, lakes, palms, a fact that makes available various locations for filming.  The city’s architecture is eye-catching, for example, Al Morsi Abo Al Abbas was filmed in Marrakech, in a renovated house that comprised 12 rooms and is around 600-year-old. I would also like to highlight that people there are so cooperative.

What about your latest film Cevan?

The 18-minute film sheds light on the Armenian massacre through the stories that Cevan (whose grandmother escaped the Armenian massacre and settled down in Egypt) tells her neighbor Shahin (who arrives in Cairo after living abroad for more than 30 years) and through the file she hands him.  I am very happy about my recent short film with which I have applied to participate in several international film festivals.

Why did you choose to focus on the Armenian massacre & not others?

I am inclined to the works that address human issues. In particular, I chose to highlight the Armenian massacre, bearing in mind that when Armenians came to Egypt, they quickly and harmoniously integrated in the Egyptian society. They became an integral part of the society’s fabric and they proved to be successful in fields, for instance, the first Prime Minister of Egypt was Egyptian-Armenian Nubar Pasha. Also, beloved actresses Nelly, Lebleba, and Anoshka are also Egyptian-Armenians.