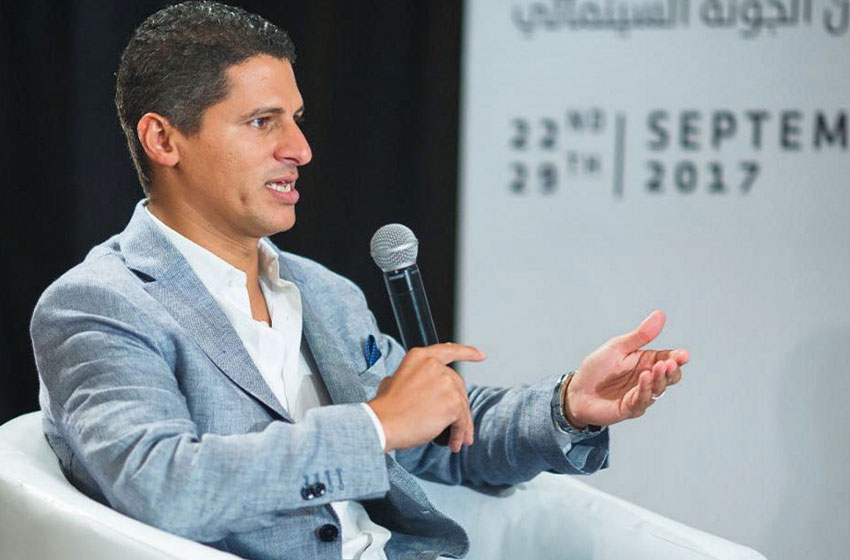 A Scoop with  Amr Mansi On GFF’s 2nd Edition

After El Gouna Film Festival made its ground breaking launch last year, leaving everyone in awe with the sumptuous location, exceptional film screenings, and international celebrity appearances, the Festival’s brilliant team is determined to continue pushing the bar sky-high. We had a chat with the co-founder and CEO of GFF, Amr Mansi, and he’s revealed details on this September’s upcoming edition.

GFF’s first edition was an international success. Do you think it makes it less or more challenging to keep up with everyone’s expectations of the second edition?

First off, I want to explain that the success of our first edition was the result of a team, 95% of which are youth who worked day and night to bring the first edition to life. That being said, there were a lot of key learnings that we captured from the first edition which we are taking forward into the second edition.

It is definitely challenging when you have something as successful as GFF, because you have the whole world watching. This is an international film festival held on Egyptian ground, so the pressure is on, but I am confident we are up for the challenge, and I believe that we will not only meet expectations, we will surpass them.  I would also like to add that this festival, whether the first or the upcoming edition, could not have been possible without Engineer Naguib Sawiris, the Founder of GFF as well as Engineer Samih Sawiris, Founder of El Gouna and Orascom Development’s Chairman. I would like to thank them for their ongoing support, belief and trust in our team. This year, we also have several government entities supporting and believing in the success of this festival.

When we met with you last year, you explained to us how a lot of the stress of launching the festival was based on creating and implementing a complex plan in a matter of six months. Now that this is covered, how do you plan to raise the bar higher the coming editions?

Indeed, last year we only had six months to pull off a world-class international event, with a team that had zero experience in festival work. Once the first edition was over, we took a step back, and had a conversation on how to ensure the continuous success of El Gouna Film Festival. This meant that we needed to treat it as an organisation with a set budget that ensures the same standard of success for this coming edition and the ones to follow.  This year, our work started much earlier, our team now has experience, we have the trust and support of many organisations – including the government and our sponsors – which are all factors of success. We have a plan, we worked hard throughout this year to bring it to life, and I’m sure you will all see the challenging work put in to this edition and the coming editions.

Anything different this year you can let us in on?

The festival’s main pillars such as the Official Selection competition for Feature Narrative, Feature Documentary and Short Film Competitions are of course still running as normal with an incredible film line-up. Filmmakers and producers from the selected projects of CineGouna SpringBoard (12 projects in development and 6 films in post-production) will have the opportunity to meet potential co-producers, funding agencies, distributers and festival programmers, offering them incredible networking opportunities. Additionally, CineGouna Bridge has a stellar line-up of workshops, masterclasses and roundtables. That being said, our special program includes 16 events all of which are new, and I’m personally very excited to see them come to life.

We have three tributes planned this year that include film screenings, exhibitions, panels and masterclasses. We will celebrate Youssef Chahine’s iconic career to mark the 10th anniversary of his passing. In celebration of the 100th anniversary of Ingmar Bergman’s birth, we will screen restored versions of some of his masterpieces. And finally, on the 25th anniversary of the legendary director Federico Fellini’s passing, we will be screening two of his masterpieces.  Finally, we’ve continued to build on our film selection. We have a larger variety of films being screened and are thus proud to announce that the Festival will last one day longer than last year!

We heard more films will be screened. Is this true?

Fifteen films are participating in the Feature Narrative Competition, 12 films in the Feature Documentary Competition, 23 films in the Short Film Competition, as well as 5 films in GFF’s special retrospectives program. The festival will also be screening 25 films Out of Competition, which brings the total count to 80 titles; 10 more films than its first edition. Last year, the awards totaled $60,000 ($40,000 from supporting entities and $20,000 from GFF); this year the prize money has reached $150,000, of which GFF is providing $30,000, while the rest is provided by other cinema and media institutions.

What are you most nervous about this year as opposed to last edition?

I wouldn’t say I’m nervous, I’m excited to kick-start our second edition. We have a big challenge on our hands, which is to ensure we surpass the success of the first edition – this is not easy.

The first edition of El Gouna Film Festival allowed us to open our doors to sponsors, and highlighted Egypt in a positive light. Our vision for El Gouna Film Festival is to maintain its status of being one of the leading festivals in the MENA region, foster better communications amongst different cultures through the art of filmmaking and connect filmmakers from the region with their international counterparts. Like I said, we have all the factors of the equation to ensure success and I hope that people from all parts of the world whether in Gouna or following through the news enjoy the show.

When you’re on the red carpet amongst the attendees, are you able to enjoy the event or are you constantly keeping an eye out?

Let me tell you a story. When I stepped on the carpet last year with my wife, for the first time in my life I took a step back, took it all in and truly felt like I have nothing but pure pride and joy, it was a feeling of true ecstasy. I do my best to enjoy the moment – to step out of my role and just take in what we have built together as a team. However, I am always on the job and the Festival wouldn’t be what it is, if we weren’t all keeping an eye out and trying to ensure things are perfected. We’re a team that works hard.

What is one thing included in this year’s edition that you cannot wait for everyone to see?

I can’t say there is one thing, the whole week is packed with a stellar program that I’m sure everyone will enjoy and everyone from the team has something that they’re most excited about. I’m personally a huge fan of Youssef Chahine so it is an honour to celebrate his career.

The entire week is quite eventful. With 16 events taking place, our aim is to ensure that the overall experience is not only to give our audiences the opportunity of interacting with international guests, but to also create a distinct and diverse hub for all audiences attending and watching from all over the world.

I’m also excited for all the attendees to experience El Gouna’s beautiful location, together with cultures from around the globe. We have wonderful films presented by our talents and they all create an extraordinary atmosphere. The entire experience truly brings forward ‘Cinema for Humanity’ for all to see.

Who will comprise this year’s jury?

Will you name some stars who will be attending this year?

Yes – we are thrilled to announce that Patrick Dempsey will be one of our Guests of Honour this year. However, Dempsey is not only coming to honour our opening ceremony. For the first time in the Middle East, we will be showing a sneak peek of his new TV series with MGM: The Truth about the Harry Quebert Affair. As you probably know, Dempsey made his name playing Dr. Derek Shepard (McDreamy) in Grey’s Anatomy. For his role as Shepard, he earned several awards, including a two-time-nomination for the prestigious Golden Globe, as well as a Screen Actor Guild Award.

What do you dream to achieve with GFF in the far future?

We see that there is a pressing need for cultural acceptance and a breadth in variety and views; cinema is the most democratic art, it helps showcase cultural diversity and acceptance to audiences all around the world. Film festivals can consolidate and maintain democracy, peace and freedom through the art of filmmaking, they have the power to provide a platform for films and filmmakers that don’t have enough support or recognition. We hope to also foster better communication between different cultures and connect filmmakers from the region with their international counterparts in the spirit of cooperation and cultural exchange.