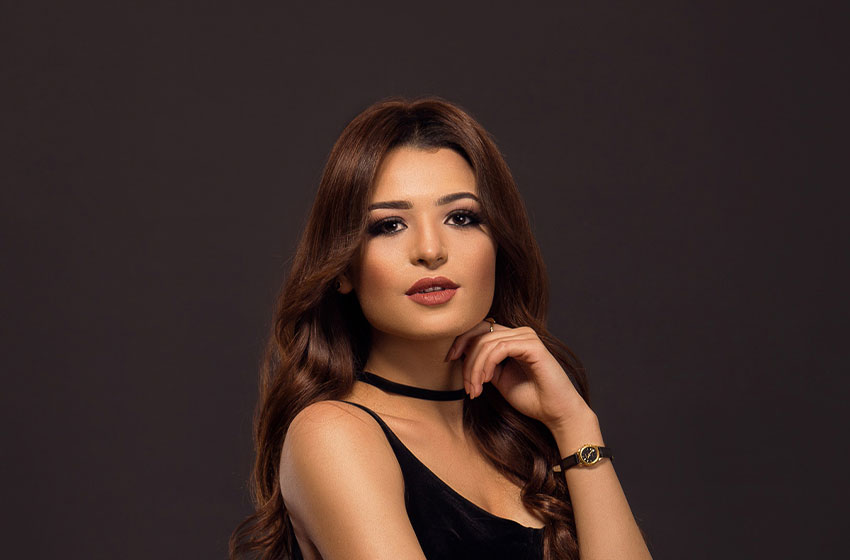 After her incredible performance:

in the hit series ‘Nesr El Saeed’ (Eagle of Upper Egypt), Batool Elhadad has once again impressed her audience with her role as Safiya – a young woman who gets caught in a complicated love triangle. Elhadad had already risen her own bar after her successful role as Ghada in ‘Younis Weld Faddah’ (Younis Son of Faddah); her emotional and natural acting continues to receive local acclaim and positive criticisms. Elhadad tells us how she landed her first role, and gives us a glimpse of her future plans.

How did your passion for acting start? And how did you land your first role?

My love for acting began at the age of 10. My mother signed me up for some acting workshops, and I participated in many theatre performances as well. At the age of 15, I landed a role in my first short film. I later on took part in several short films, and then my first feature film. At the age of 18, I became a filmmaker with the late Mohammed Khan. I strengthened my talent by enrolling in the Higher Institute of Dramatic Arts at the acting and directing department. During this period, I also worked on self-improvement by attending several acting workshops. Even though I’m a student right now at the acting institute, I still want to develop my potential as an actress.

You have taken part with huge names in the field, including Mohamed Ramadan, Amr Saad and many others. How did this impact your career and enrich your experience?

I was lucky to have Yasser Samy give me a big role in ‘Eagle of Upper Egypt.’ Acting with big stars and having my name placed with theirs comes with a very big responsibility, and I was ready for that. When I land a role of that importance, I do my utmost and always go back to my acting coaches so that I can portray the role in the best form possible. And of course, working with these stars enriched my experience and made me work under difficult circumstances; and this helped me do my best as an actress, no matter how long the filming days were.

Do you see a bit your own character in any of the roles you have taken up?

So far, I have not presented a character that resembles my personality. Part of why I love acting is because it enables me to step into other people’s shoes and experience different lives. The biggest pleasure for me so far has been the representation, not the resemblance.

Which artists would you like to partner with in the future?

I can’t choose because they are so many! However, I would like to add more to my experience with Mohamed Ramadan and Amr Saad. I also hope to have future collaborations with Mohamed Mamdouh, Amir Karara, Mahmoud Hemida, Nelly Karim and many others, but these are just the first that come to my mind.

Do you regret portraying any role?

Not at all! I choose my roles based on how far they introduce something new and different. I don’t accept all the work offered to me, and therefore I don’t regret any.

What are the types of characters you want to embody in the future?

In the future, I would like to portray more challenging roles, and something more different than the ones I’ve taken up already. Mainly a role with more dramatic complexity.

What would have been your path if it weren’t acting?

If I did not care about arts in general, I think I would have been a businesswoman. I love business, and I already have a trading company. I’m also currently working on launching a new business.

On what basis do you decide a role is worth your time?

On several grounds. I’m still in a development phase, and at this stage, I’m supposed to take up roles that will help make my name more familiar in the field, as well as those the public would admire. So at the time being, I’m focusing on the kind of performances that will keep the audience waiting for more. I’m always on the lookout for dramatically convoluted roles revolving around the kind of issues the public can relate to. I like different roles in general.

In your opinion, what makes an excellent actor/actress?

What makes any person distinguished in their field is diligence, alongside continuous self-development.

Do you think aspiring young artists can take up this career without going to a specialised school?

The way I see it is: even if someone is a naturally talented actor, they must strengthen their skills by enrolling in acting schools or acting workshops.

Could you tell us more about what’s coming next? Any plans for Ramadan this 2019?

I definitely plan to try out something new. I will announce a new cooperation between me and one of the largest production companies in Egypt, but I can’t disclose it now, so stay tuned.