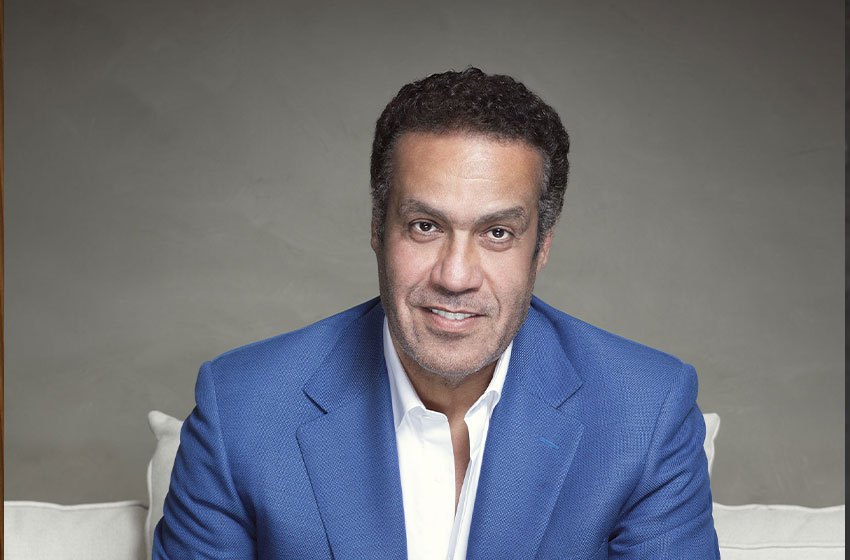 There is no doubt that El Adl Group is hands down the biggest production company in the movie and drama scene nowadays. For over 25 years, they have managed to produce the finest cinema and TV productions for big stars like Yousra, Mahmoud Abdel Aziz as well as presenting talents like Mai Ezz Eldin, Menna Shalaby, Mohamed Ragab and a lot more. We had a chat with the mastermind behind this media empire, Mr Gamal El Adl, who gave us a sneak peek ot the company’s upcoming projects for this Ramadan, as well as their anticipated big-budget production for the icon Sherihan.

Last Ramadan, you achieved another great success with Nelly Karim through ‘Le A’la Saer’ (For the Highest Price).  What can you tell us about this experience?

This series marks our fifth successful collaboration with Nelly Karim. Something we are proud of, along with our previous projects with her. Adding to that, we have high hopes for our new project for next Ramadan ‘Ekhtefaa’ (Disappearance).

When should we expect your next anticipated project with the legendary Sherihan, and what can you tell us about it?

Hopefully, this project should see the light by the end of this year. When we decided to do something for a legendary Super-star like Sherihan; we were keen that it should be nothing less than a high-budget project that suits her status as an icon. As I previously mentioned, this is a high budget project that contains a number of theatrical performances, and it requires a high level of attention to the smallest details, from the music to the wardrobe. Hence, we are taking our time with this project to ensure it is nothing less than the expected comeback of Sherihan.

‘Wahet Al Ghoroub’ (Sunset Oasis) was one of the highlights of last Ramadan. What was most challenging about it?

It was so challenging to produce for so many reasons. Normally projects  like ‘Haret El Yahoud’ (The Jews’ Alley) and ‘Sunset Oasis’ that are based on historical events are the hardest to produce due to the amount of details we need to focus on; from costumes, to set designs and dialects. However, I believe that we succeeded to achieve this hard equation in both projects and the result was what we expected.

Your third successful production for last Ramadan was ‘Elhesab Yegma’ with Yousra. What was different about this project?

This series is nothing but another successful milestone in our long years of collaborations with Yousra. Yousra has become a cornerstone for El Adl Group after nine smash hit collaborations. There’s this high chemistry between us, and working with her is just simple; we developed more understanding over the years. For that reason, we work together every year, and this year we are working together on ‘Bani Youssef’ (Youssef’s People), and I hope we continue doing so.

After the mixed reviews and controversial comments that targeted ‘Mawlana’  upon its release, do you regret doing it?

Not at all, I am totally satisfied with all our productions, otherwise I wouldn’t have produced them in the first place. For instance, I wanted to produce  ‘Al Da’eya’ during the Muslim Brotherhood’s ruling era, and I did it. When I wanted to tackle the education problem in Egypt, I produced ‘Bein El Sarayat’. We did ‘Taht El Saytara’ (Under Control) when we wanted to tackle the phenomenon of drug addiction. We did ‘The Jews’ Alley’ to address the sectarian strife allegations between Muslims and Christians in the country.
We wanted to send a message that Egyptian Muslims, Christians and Jews are all the same. So whatever project we tend to produce must carry a certain message to the audience.

What is the Egyptian cinema missing nowadays to return to its golden days?

It is important to focus on the quality of the projects we are presenting to the audience and this comes from accuracy of selecting the right topics and time of release.

On what criteria do you work on a new project? Tell us about the whole process.

The idea has to be new, different and believable. Most importantly, I have to believe it to be able to produce it.

What do you think of the strategy of choosing more than one writer for the same project?

Personally, I don’t prefer that, but this is the current situation of the market, which is to start a workshop that brings together more than one writer to work on the screenplay. I prefer to work with one writer to maintain one spirit and one mood.

What are your upcoming projects for next Ramadan?

Who are the new talents we’ll be seeing this Ramadan?

So many talents; on the top of them is director Yasser Samy, who is making his TV series debut as a director in ‘Upper Egypt’s Eagle’, starring Mohamed Ramadan.