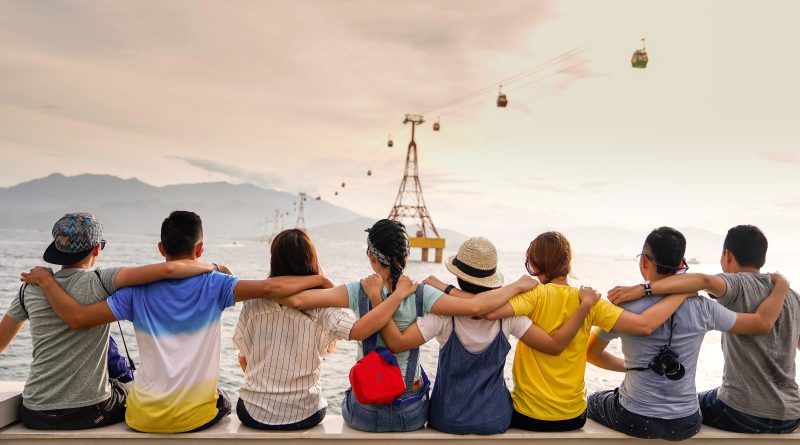 since the world celebrates the International Day of Non-Violence on the 2nd of October – which also marks the birthday of Mahatma Ghandi, we decided to shed light on the amazing power of love and peace. As the famous saying goes, “empowerment comes within,” and here are two real-life stories proving that love evokes inner strength, solves problems, and empowers humanity at large.

The Pilgrim of Peace

Born Mildred Lisette Norman, the peace pilgrim was a woman attuned to love and harmony in nature. She determined to believe in the intrinsic goodness in people, which is why she had a considerable impact on the people she met. She used to touch and hug people in a personal manner and created numerous precious memories that people came to reminisce on following her death in 1981. She groped through the streets of North America for thirty years, alone, dressed in navy blue slacks and shirt. She carried with her a short message printed on a leaflet to introduce herself to whoever she encountered in her journey. The short message read: “I am a pilgrim, a wanderer until mankind has learned the way of peace, walking until I am given shelter and fasting until I am given food.” She was interviewed in many programs and celebrated for inspiring change, yet there was only one question that hosts couldn’t help asking: Why was she never accostًed by people over all these years? She responded that it is difficult for people to insult someone who pours his/her heart out for them. Roaming the earth to meet new people every day, the love messenger never mentioned any details about her life, such as her name, age, or home country. She wanted people to know her as a peace pilgrim only and never to shift their attention to her but to her peace message instead; “I am just a message,” she remarked. By refusing to seek recognition, she became a beacon of light, which led people to revolve around her, wondering about the reason behind the effulgent beauty flowing through her. People responded to her in the most mesmerizing ways; they invited her to have dinner with them and to embark on car journeys and road trips with them. The peace pilgrim was not only a woman of words; equipped with her inherent capacity to stimulate love, she inspired multifarious people through her actions. She narrated a story once about a girl who used to hate her deeply with no apparent reason when she was in her youth. However, instead of trembling with anger, the peace pilgrim chose to meet her indignation and insults with sincere love and tenderness. The girl no sooner became one of the peace pilgrim’s BFFs. She touched thousands of people by her innocence and proved that “whoever becomes a zero, becomes a hero,” as Amritaswarupananda states.

The 14th Dalai Lama and South African anti-apartheid leader, Archbishop Desmond Tutu have become known as two bosom BFFs for many years. They were determined to maintain their friendship even when they got governmental tides running against them in order to tear them asunder.

In their mutual book, The Book of Joy, Dalai Lama and Archbishop Tutu both agree that finding joy does not hinge on the vicissitudes of external circumstances but, rather, on the inward quest one goes through daily. The Dalai Lama narrates how he experienced joy even when he was in dire straits as an exiled activist against the Chinese invasion of Tibet, his home country. He states that suffering under the Chinese grip has ennobled him as he learnt the strategy of not fighting back when fighting is pointless: “When you experience some tragic situation, think about it. If there is no way to overcome the tragedy, then there is no use worrying too much. I practice that,” The Dalai Lama indicates. In a similar fashion, although Archbishop Desmond Tutu has been diagnosed with cancer, he never dwells on his illness. On the contrary, he travels to many places on his wheelchair to preach the message of love and unity. The Archbishop is renowned for his genuine compassion that captures people’s hearts wherever he goes. The Archbishop always jokes about how he exhibits emotions so easily as he cries and laughs in a flash and in public, which is a sweet glimpse into his golden heart. The Dalai Lama too loathes formality and rejects showing up to the crowds with a poker face, preferring to expose his true feelings. The two leaders share a deep-seated belief that a public figure is nothing but an ordinary human being who got an opportunity to have a wide platform to serve others. That’s why, the two BFFs prefer to let the current of their emotions take them away to the fullest extent; as a manifestation, the two leaders were once caught by press’ cameras while they were getting ready to ascend the stage to give a talk together and suddenly the Dalai Lama started to choke The Archbishop who said to The Lama: “Hey, the cameras are on. Behave like a holy man.”The two religious leaders have always stressed the importance of laughter and humour to break the barricades that our disparities create. Humour is a deep-rooted characteristic woven into the fabric of our humanity, and we should always hold onto it. When the Dalai Lama greets his loving fans, he doesn’t merely smile and shake hands, but he pours his heart out completely to each and every person in the multitudes.

There comes a point in any friendship when hardships submerge, and the

friendship of these two sentient beings was tested more than once and, nevertheless, endured. To exemplify, when The Archbishop was celebrating his 80th birthday in South Africa, he invited the Dalai Lama to be his party’s guest of honour. However, the Chinese government wasn’t pleased by such an invitation: The communist government placed the South African under pressure to prevent the Dalai Lama from obtaining his visa, and South Africa had no choice but to accede not to lose its economic ties with such a world hegemon. The Archbishop no sooner took to the press making headlines and criticizing his government for preventing his friend from his rightful prerogatives. The Archbishop even said that his friend had no weaponry and no army divisions. Eventually, the Archbishop resorted to hosting the full ceremony on google and celebrated the day with his friend online. Moreover, after the party ended, the Archbishop treaded on the Chinese government’s loss, saying “We had google hosting our conversation, and there was a lot more press interest that there might have otherwise been. Wherever the Dalai Lama is, there is a lot of interest. And, I’m not jealous,” The Archbishop comments mischievously. The Archbishop has always been a fighter since his early youth. In 1984, he earned Nobel Peace Prize with flying colours for his efforts in resolving and ending apartheid. By adopting Nelson Mandela’s strategy of the non-violent protest as the central tenet of his mission, Archbishop Tutu called international attention to the heart-wrenching state of his home country. He was appointed by Mandela as the head of The Truth & Reconciliation Commission. No matter what hardships The Archbishop witnessed, be it his imprisonment or the devastating experience of witnessing his dearest friends killed one after the other in police rallies, he continued to fight for human rights. When asked what helped him the most to endure such bleak days of suffering, the Archbishop replied, “my sense of humour”. He even taught his fellow activists to laugh in the mid of shootings and to turn funerals into conferences to voice their opinions. By keeping your smile on, you are urging your inner-being not to admit defeat. It is difficult to tell how these two veritable icons contributed to the betterment of our world.  Although their benevolence speaks for itself, the two friends have never claimed sainthood; rather, they revel in their friendship like two innocent children and relish being related to as unvarnished human beings, not as starring figures.