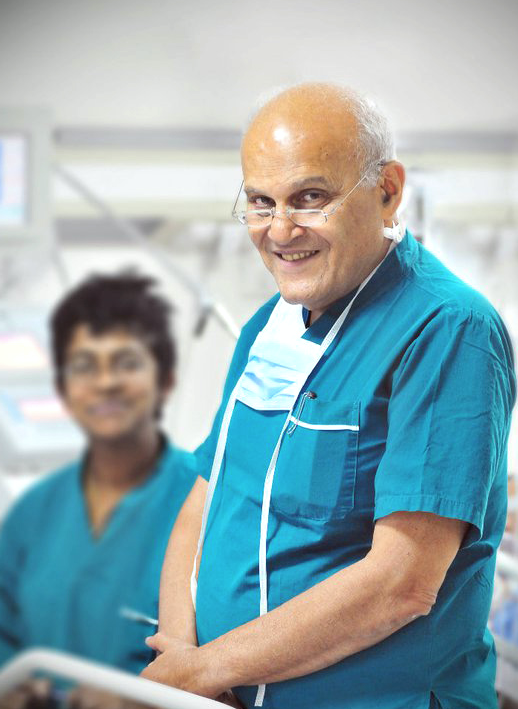 Sir Magdi Yacoub’s birthday is celebrated on November 16th, marking 85 years of giving. Sir Magdi Yacoub has dedicated his life to his reputable journey of success and charity for more than sixty consecutive years. Sir Yacoub has set the benchmarks for heart transplantation and surgery around the world by means of his extensive research and dedication. The significance of Sir Yacoub’s devotion is not only felt by the children he cures, but they also sense his constant efforts to strike a note of joy and optimism amid their pain. That’s why, Sir Yacoub is not only knighted by sovereignty for his career, but also by a huge number of simple-hearted, unsophisticated multitudes.

In 2009, Sir Magdi Yacoub established his world-famed heart centre In Aswan to endue all Egyptians and foreigners, regardless of their religion, colour, and ethnicity with full service totally free of charge. The centre employs a plethora of cutting-edge technical procedures and is equipped with updated heart devices. The Aswan Heart Centre (AHC)’s core aim is to present service at the utmost international level through a group of top-notch physicians and nurses, whom Sir Yacoub has ensured they are equipped with the same knowledge he has. “When I’m gone, I don’t want anything that I’ve learnt to be gone with me. I wish to give my team all information I know before I die because I want my students to be cleverer than me,” remarked Sir Yacoub in one of his interviews. Nowadays, AHC conducts all sorts of surgeries, including newborn-operations and switch surgeries.

Wherever Sir Yacoub goes, acclamations wing their way to him. However, Sir Yacoub always sets aside worldly evaluation, indicating that he does what should be done. Sir Yacoub has become a role-model for all young physicians around the world, who wish to tread his way and realize even one-hundredth part of what he has achieved. What makes Sir Yacoub’s career exceptional is that he decided not to count success by money gained or approbation accorded to him, but rather by the joy he gets upon reviving a patient’s heart and by the patient-doctor friendship he cements. As a manifestation, Sir Yacoub has always taught his students that a good doctor is the one who gives his patients proper treatment, whereas an excellent doctor is the one who follows up on his patients even at home and keeps in touch even after the patients’ recovery. That is to say, it is not only about prescribing medicine, but also about shouldering burdens and expressing care.

In 1995, the Egyptian-English professor founded The Charity Chain of Hope, which from its end, funds heart surgeries for impoverished kids in Egypt, Ethiopia, Jamaica, and Kenya. Throughout the years, the Chain’s team has embarked on various journeys in a wide range of countries as part of its voluntary mission. Moreover, due to his indescribable passion, Sir Yacoub has been regarded as the surgeon who have performed the highest number of heart surgeries all over the globe. Sir Yacoub has remarked once that he hates the idle hours of inactivity or mis-spent time, as he is either working like an ant or thinking about future-plans. So, by seeing into Sir Yacoub’s life, we can notice that the key elements behind his wide-ranging success are his passion, vitality, and love for humanity.

“To find something reproducible to reverse heart failure and to stop people dying … is something I would love to see before I die” says Sir Yacoub. With such a compassionate wish in his heart, Sir Yacoub has set in motion the process of heart transplantation in United Kingdom by means of his Heart Science Centre in London.  In addition, he erected Aswan Heart Center for surgeries and research in 2009 and launched the Chain of Hope Charity which provides Cardiothoracic Surgical care to the evolving countries. Throughout the globe, Sir Yacoub performed multifarious surgeries to children who were born with congenital deficiencies in the major blood vessels, supervised more than 18 PhDs in cardiac surgery, and published more than 1000 scientific articles. Last but not least, Sir Yacoub spearheaded cardiovascular surgery training and research programs in the Gulf region, Mozambique, Ethiopia and Jamaica.

Born in 1935 in Bilbeis, El Sharqia, Sir Yacoub is deemed one of Egypt’s most-acclaimed countryside citizens. Over the years, Sir Magdi Yacoub has occupied a special place within Egyptians’ hearts since he is a patent indicative that Egyptians, by means of science and hard work, can spearhead success around the world even if they start their careers on the bottom rung of the ladder. Likewise, Sir Yacoub have always expressed his deep-seated love for England –his “second country” as he loves to call it– and for English people, who always enjoyed working with him. In 1991, he was awarded English knighthood by Queen Elizabeth II for his charitable work and resourcefulness.

“Carve your name on hearts, not tombstones. A legacy is etched into the minds of others and the stories they share about you,” says Shannon Alder.