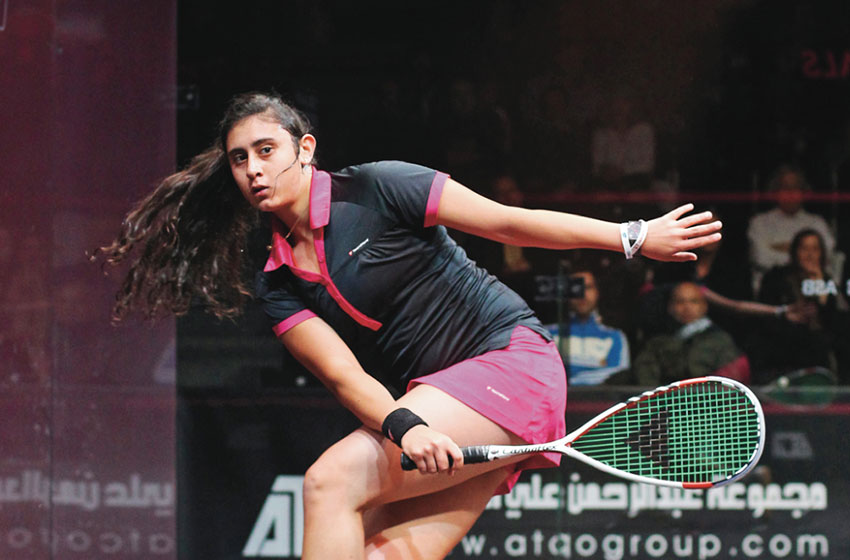 It takes hard work and determination to succeed, which is what we learned from Squash superstar, Nour El Sherbini. The 23-year-old champion achieved her childhood dreams. In this exclusive interview, Nour shares the her road to success and how hard she had to work to get to where she is today.

Tell us about yourself, what you do and how you started.

I am Nour EL Sherbini from Alexandria, Egypt. I am a professional Squash Player I started playing when I was six, I won the first tournament ever when I was eight, Later on they chose me to travel with the under 19 team to the World Junior Championships in India, Just to watch and learn how these tournaments work. I was 13 at the time and surprisingly I won the whole tournament, which shocked the whole squash community and even myself. Afterwards, all great things happened which is I am very thankful for.

What was the hardest part of your journey so far, and how did you overcome it?

I had a knee injury when I was 15 years old. It was so complicated that I had to go to Germany to undergo the surgery and I remember I was left between two options and it was only to be decided during the surgery on the spot. The first one was to be out for almost a year and to recover within 18 months; this would be quite annoying for a teenager who is used to running around all day. This was going to make me depressed. Not menion, I was going to lose the complete sense of the game. The Second option was that I could recover fully after 6 month. Thankfully, this was the choice god made for me. I remember having the operation in January and in July I was in the Finals on the World Junior Championships in Boston. By far, I remember it as the hardest part of my journey.

What motivates you? And what inspires you?

I always remembered why I started doing this and it always kept me headstrong. All of the little things inspire me like the competition and the hardwork. Having everything work out at the end is the best feeling even. This is why I keep going to relive the glory of the moment over and over again.

Do you think your mindset is the key to your success?

Well, I believe so. I remember watching so many players who are super talented but they couldn’t make it to the top. I am thankful for my coaches and parents who taught me how to pursuit what I want from a very young age.

If you could give any advice to someone wishing to follow in your footsteps, what would it be?

I would definitely say that you should enjoy and love what you’re doing, so you can succeed. I see so many parents pushing their kids to do things they don’t like, so they either quit at an early age or do mediocre work. You have to believe in yourself and go after what you want. There is no better feeling in the world more than working for something and achieving it.

What has been your greatest achievement so far and what’s your next step?

My biggest achievement is winning two World Championships in a row. I grew up watching Nicole David winning eight titles and my main aim now is to break the record and dominate if I can as this is what people will remember you for.