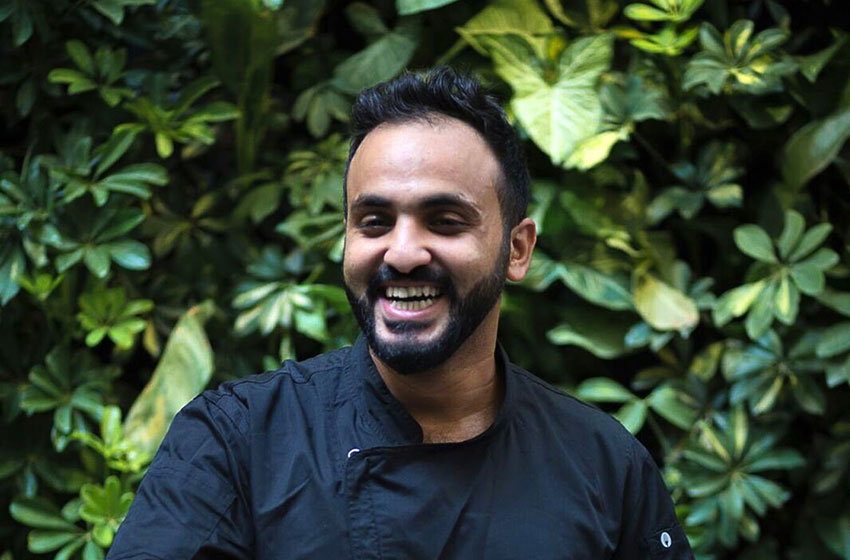 Culinary art is no piece of cake to master, especially when it comes to Egyptian cuisine. That said, the Top Chef star, Mostafa Seif, has proven to excel in it, beautifully representing his country through his gastronomic pieces in a reality competition that brings together chefs from all over the Middle East. Mostafa Seif talks about winning first place in the second season of MBC Top Chef, and tells us a bit about his future plans.

Tell us about yourself. How did you get started?

Simply put, the kitchen is my passion. I discovered this when I was 20 years old, cooking in the Army Mess Hall.

How was your experience in Top Chef?

Participating in Top Chef has been one of the most educational experiences I have ever had. I learnt that kitchens are different, and discovered various cuisines in the Middle East, ones I was not previously familiar with. I also got to meet many people from different backgrounds and different cultures, which was a privilege.

Did you expect to win first place?

From the very first day, my target was to become the Middle East’s Top Chef. But when I met my competition, I did not believe that I could take the title home. I heard them talking about themselves, their achievements and previous experiences; and all I could think about was that I will not go far competing with them. After filming the first episode, I was re-assured that I could do it, and that I could win this. Winning Top Chef taught me that as long as there’s a will, there’s a way. No obstacle can ever keep you from making your dreams a reality.

What were the most memorable comments you received from the panel?

There were two positive comments I got in Top Chef, and they still motivate me until this moment. The first one was from a French Chef, who told me he was certain I’m going places, and that I’m capable of taking great strides in this field. The second comment was from Chef Joe Barza, who said he was impressed with the way I represented my country in the most respectable way. These were the strongest positive comments I received.

What kind of challenges did you face to participate in the competition, and during it?

Every single step of the way was very difficult. From the moment I picked up the telephone hearing that I was accepted to participate in the competition, until the moment I heard the final results of the show. The journey was full of obstacles. Top Chef is not easy.

Your cooking has been referred to as a new style of Egyptian cooking. How would you describe your  personal cooking style?

Food in general is very simple. Traditional food is what makes culture. I follow my culture’s culinary traditions, but I use a unique technique to add my own touch. I use my passion, skills and particular methods to reach a certain taste. I’m also constantly working on developing my skills.

How far do top-notch tools help in cooking like a pro? Do you pack your own essentials when you go on tour?

I have a set of knives packed in a briefcase that I always carry around. If I go anywhere without them, I will still be able to work efficiently, but it’s not the same as having your own kit. Those are my own. I chose them. I know what each and every one of them does specifically, and they represent my style in the kitchen.

What inspires you in the kitchen?

What is your favourite dish and why?

I don’t believe that this is a correct statement; there’s nothing called a ‘favourite dish’. I am interested in cooking all cuisines, as well as developing them and giving them a unique taste. That’s what I love to do; I don’t love certain food, I just love cooking.

Are there any spices or additives you refuse to work with in the kitchen?

I refuse to cook using pork or alcohol under any circumstances.

Any chefs who have had a big influence on you?

On what basis do you pick your ingredients?

What’s your favourite thing to eat?

What’s next for Mostafa Seif?

I have a dream that I’m still chasing. You can’t achieve anything big without pursuing it for a while, at least to guarantee that it will be greater than your last move. I don’t plan anything, and never have, but the goal that I want to reach is open my own restaurant. The location of the restaurant is the much bigger dream; I thrive to have my Egyptian cuisine restaurant in the city of lights: Paris.