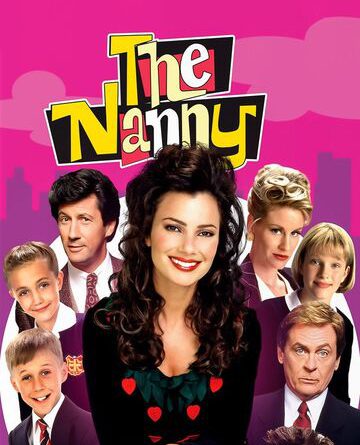 When you need something that will make your heart feel good and your cheeks hurt from smiling, nothing compares to a great comedy series. Sure, funny movies are great, but there’s something unique about a television series. You really get to know the characters, you feel like you can escape into their world—and, most importantly, you can binge them for hours (or days) of continuous good vibes.

With eleven seasons under its belt, Larry David’s second show about nothing just keeps getting better. David stars as a fictionalized version of himself, who has burned seemingly every bridge in Los Angeles by enforcing his neuroses and misanthropy on everyone around him, resulting in uproarious misunderstandings both big and small. If you don’t have anything nice to say, come sit by David, because Curb Your Enthusiasm was made for you.

The Simpsons managed to mock just about everything: from presidential elections to news of any wind. And they also mocked about Fox, the TV network that broadcasts the show in USA. It’s rare that a TV series can have such liberty about saying anything the writers want, especially if it involves the one who pays the TV show’s bills. Though that is exactly the reason why the Simpsons could break every taboo: because they tried, they deserve the respect and the laughter by everyone who is mocked. Nothing is off limits.

Actress Fran Drescher dominated the 1990s. Whether you watched her sitcom “The Nanny” or not, there was no escaping her unique voice and its litany of imitations. “The Nanny” was loosely inspired by Drescher’s own life and people in her family. It followed her character of Fran Fine who ends up taking on the titular role for three snooty children. The series was heavily influenced by previous nanny shows like “Nanny and the Professor” and the Clifton Webb character of Mr. Belvedere.

Are You Being Served?

Few sitcoms are so loaded with laughs as Are You Being Served? This hilarious lampoon of British class warfare and stuffy 1970s department stores couldn’t have been timed better. The Rolling Stones were burning up the charts, Britain was undergoing a major political transformation, and the old ways seemed ready to go quietly into the night. The staff of Grace Brothers wasn’t about to go down without a fight, however. They spent just as much time ripping on each other as they did ripping off their customers, to hilarious effect.

Patricia Routledge knocked comedy out of the park with this 1990s gem where she played Hyacinth Bucket, an insufferable and middle-class woman with delusions of elitism. The show wasted no opportunity to poke fun at Britain’s class warfare system, which by then was quickly on its way out the door. She frequently pronounced her last name “Bouquet” to hide the original pronunciation while serving lavish tea and dinner parties for guests who would give their right arm not to be there. As she tried to keep up appearances, she was forced to deal with her trashy lower-class family who frequently showed up to embarrass her at every opportunity.

It’s interesting to see how The Inbetweeners is already being retrospectively judged by a new generation of viewers. There are of course elements of the show which resonate more with that generation of students who grew up with Will, Jay, Simon and Neil, and the frequent use of terms like ‘bender’ might shock a new generation of comedy fans (and delight others), but there’s no doubt that this adolescent comedy remains one of the funniest, most insightful, most relatable pieces of television of the 21st century. The Inbetweeners encapsulates right in the title what it meant to be part of that great mass of schoolchildren who never quite knew their place. Not quite a jock, not quite a nerd, most of us can recognise so much of ourselves in one or all of its heroes, although hopefully not when they punch innocent fish to death on a boat. The Inbetweeners works because it’s an affectionate, uncynical portrait of such a unique and important part of every person’s life to which most of us desperately wish we could return.

I Think You Should Leave with Tim Robinson

Saturday Night Live and Detroiters alum Tim Robinson creates and stars in this 15-minute sketch comedy series that is perfectly happy to offer up a few irreverent laughs without all of the post-comedy commentary that weighs down other funny shows in 2019. It’s a mixed bag of unconnected stories about toddler pageants and old men out for revenge and how Instagram has warped our social interactions in hilariously bizarre ways. What each of these skits has in common is Robinson’s particular brand of comedy and his unrivaled ability to make you laugh.

Michael Schur (The Office, Parks and Recreation, Brooklyn Nine-Nine) steps away from his usual workplace sitcom for this afterlife comedy, which focuses on Eleanor Shellstrop (Kristen Bell), who finds herself in “the good place” after her life comes to an end. Though told this is because she’s led a good, altruistic life, Eleanor knows she’s pretty much a terrible person and is only in this utopia because of its architect’s (Ted Danson) mistake. With this limitless, fictional world, Schur is able to take chances and create a truly goofy show that still deals with morality and other philosophical issues.

Despite that inauspicious debut, the series is self-evidently one of the most influential television programs ever made; when it debuted in 1989 it entered a sitcom landscape that was still shaking off the last cobwebs of the 1970s sitcom revolution, and it suggested, boldly, that sitcoms didn’t need to be about important issues or even use traditional storytelling methods to be great. Instead, they could just focus on the minutiae of life, the little bits and pieces of larger things that add up to form our points of view. It was a show that reveled in detritus. Seinfeld is full of the sorts of self-involved jerks who went on to drive many of the best TV shows of the years that followed. Seinfeld is perhaps the earliest series to essentially dare the audience to identify with its characters by seeing their own worst traits reflected in them. It believed it could do this simply by crafting characters who were as interesting and funny as possible.