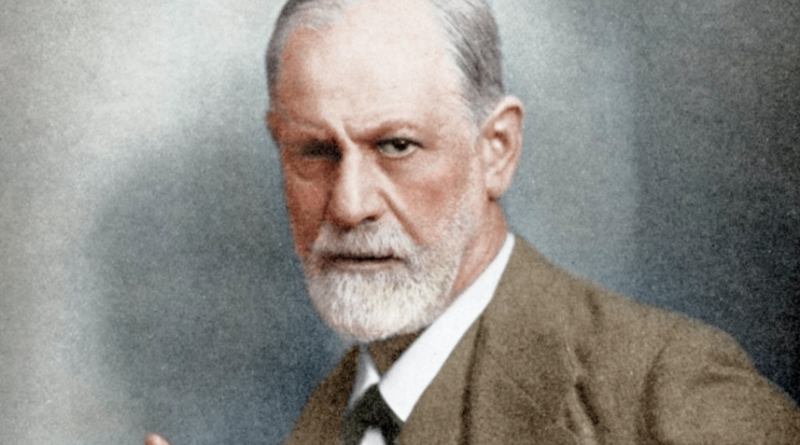 Sigmund Freud created the discipline of psychoanalysis which studies the unconscious mind. He used a technique in psychotherapy called free association where the client says things that come to their mind without a conscious filter; the goal of free association is to delve into the unconscious process. Freud also used a technique called dream analysis where the patient would report their dreams and the content was believed to represent the patient’s true desires and fears. Although many of Freud’s theories sparked controversy among contemporary scientists, no one can deny Freud’s influence on the realm of psychoanalysis, and here are Freud’s top ideas that changed the world.

Freud postulated that dreams are a portal to understanding the unconscious mind as they provide glimpses into our deepest desires and thoughts. He even called dreams “the royal road to the unconscious.” The unconscious mind can sometimes be deceptive as it can hide away some information from the conscious mind. Therefore, psychotherapists are required to investigate the individual’s dreams. A dream is composed of two parts; the first part is about the patent content of the dream or the details that the dreamer remembers, and the second part deals with the symbols and the hidden meaning of the dream which is called the latent content. When we dream, we transform our unfulfilled wishes into a less menacing form that we can encounter without succumbing to anxiety.

Defence mechanisms are tactics that our subconscious employ to avoid painful situations. Noteworthy, some mechanisms are signs of maturity that we need to acquire, yet some are harmful as they can lead to many psychological problems. The most popular mechanisms are:

1) Displacement: Taking frustration on people and objects that are less threatening. To exemplify, an employee is insulted by his boss, so he takes out his anger on his child or wife.

2) Denial: Refusing the occurrence of unacceptable incidents and traumas. Denial can involve a complete refusal of traumas, and in other cases, the individual concedes that a trauma has occurred, diminishing its aftermath.

3) Repression: This mechanism refers to forcing information and memories out of conscious awareness. The suppression of traumatic memories can occur consciously or subconsciously.

4) Reaction Formation: Behaving in the opposite manner of how the individual is supposed to behave. An example of this mechanism is responding to criticism in a very calm manner or treating toxic people in a friendly way.

5) Rationalization: Rationalization is about providing rational explanations for unacceptable behaviour. For instance, a student might attribute his failure to his teacher to avoid realizing that he/she didn’t study well.

6) Projection: Psychological projection is the process of misinterpreting what is inside the self and employing one’s personal experiences to interpret someone else’s subjective world. The ego defends itself against the negative parts of the self by denying that they exist in the self, attributing them to others.

7) Acceptance: Acceptance is a mature self-defence mechanism that allows the individual to accept situations that he/she cannot change.

In 1920, Freud published his book Beyond the Pleasure Principle in which he argued that all instincts fall into one of two major classes: life instincts (Eros) or death instincts (Thanatos). Life instincts are those instincts that humans depend on to achieve survival, pleasure, and reproduction. These instincts are required for the continuity of the individual’s life as well as the persistence of the species. Such drives involve sexual pleasure, thirst, hunger, and pain evasion. Freud referred to the energy created by the life instincts as “libido”. Owing to such drives, individuals are prompted to look after their health and safety, create and nurture new life, and cooperate with each other to create a healthy society. Moving to death instincts, Freud argued that “the goal of all life is death.” So, all people carry a deep-seated desire for destruction which can be directed towards the self or other people. Death instincts manifest themselves in the form of aggressive behaviour. After encountering traumatic events, many people seek to harm themselves, which is indicative of their desire to die as such a desire is tempered by life instincts. Freud concluded that self-harm occurs as an expression of suicidal desires that life instincts override.

Freud postulated that the mind is composed of 1)the Id or the pleasure principle which is your natural impulses, such as sex, eating, and thirst, 2)the super-ego or the moral principle which has to do what society says is right or what you believe is morally right given the situation, and 3)the ego or the reality principle which compromises between the Id and the super-ego to ultimately determine what you do. So, sometimes you follow the Id more and sometimes you follow the super-ego more, and sometimes you do a compromise. Some people have a pattern of following their Id more than their super-ego, so they may be more likely to express their impulses, whereas others are more likely to control their impulses and follow their super-ego. For instance, if you have been dieting for several months, the Id (or the devil on your shoulder) might tell you to go ahead and eat some unhealthy food and forget about training today, but the superego (the angel on the other shoulder) will tell you that you have to abide by your fitness routine. The ego will try to find a compromise by telling you to eat an unhealthy snack but to do an hour on the treadmill afterwards

Freud and his colleague Breuer (1895/1955) were the first to coin and define the word “resistance.” According to Freud, our unconscious minds naturally resist change. Everything new feels frightening and unsolicited, even if it is a change for the better. Freud indicated that resistance to change has a stubborn ability to disrupt the lives of both the individual and society. By analyzing the core reasons for an individual’s resistance to change, psychologists can map out many unconscious aspects of the ego and bring them to the surface. Freud also indicated that the psychotherapeutic process must advance in small steps with individuals who are afraid of change.