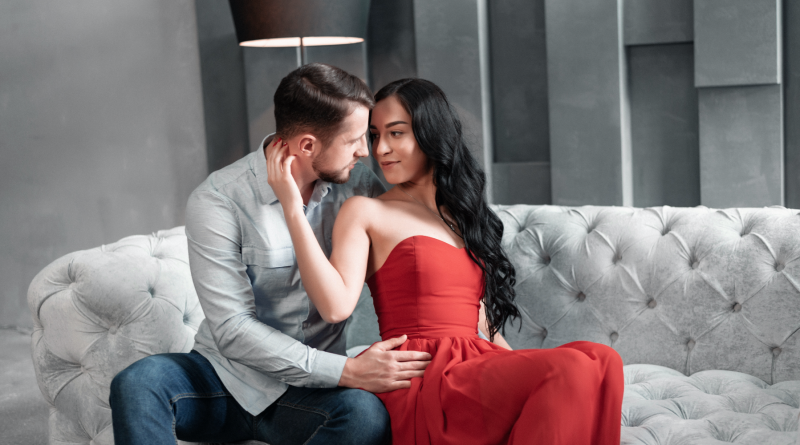 Love it or leave it, Valentine’s Day is just around the corner. And whether you’re a fan of the holiday or not, you probably thought about what romantic thing you should do or buy for your significant other.

The holiday was originally called St. Valentine’s Day in honour of a Roman priest named, you guessed it, St. Valentine. Scholars believe there were three men by this name and all were martyrs. Each was brutally killed — beheaded, decapitated, scourged — for refusing to deny his faith. So how did we get from martyrs to heart candy? Good question. In Medieval times, people believed birds began to mate on Feb. 14, a symbol connected to love. They established the tradition of dedicating the day to lovers in honour of St. Valentine, who had demonstrated love in its most extreme form. This, in turn, started the giving of gifts, letters, signs of affection, and chocolate. The original meaning behind Valentine’s Day has faded over time. The love many of us celebrate today is not the sobering, sacrificial love St. Valentine displayed. However unintentionally, Valentine’s Day has turned into a holiday about proving our romantic love through grand gestures and big gifts. We compare our celebrations to others’ and allow what we did or did not do to carry more weight than it probably should.

There are several legends about St. Valentine, but the most popular one claims that St. Valentine performed secret, forbidden marriages for young lovers in ancient Rome. Evidently, Emperor Claudius II thought single, childless men made better soldiers, so he made it illegal for young men to marry. St. Valentine ignored this decree, and as the legend goes, was eventually put to death for it. Others speculate that St. Valentine’s Day is simply the Christianization of the pagan celebration of Lupercalia, which was essentially a festival dedicated to the fertility of both Roman women and Roman crops; combined with a matchmaking element. Pope Gelasius declared February 14 as St. Valentine’s Day around 500 A.D., and the Roman Catholic Church dropped St. Valentine from the calendar of official, worldwide Catholic feasts in 1969, likely due to the unclear origins of the holiday. So, no matter how pointless you may think Valentine’s Day is now, remembering how it got started should give you a reason to celebrate it.

According to Fila Antwine, lifestyle and relationship coach, celebrating Valentine’s Day is more important now than ever, since we’ve replaced human relationships with technology. “Every holiday serves as a reminder to take time out and acknowledge something. Valentine’s Day is our reminder to stop the boring relationship routines and make special accommodation to make the ones we love a priority for a few hours. Valentine’s Day is possibly a more important holiday today than it was in previous years. We’ve become more involved with technology which has distanced us from basic human contact and connection. We need a dedicated day to reconnect and be more socially involved with the people that matter most. Plus, it’s an excuse to spice things up, get sexy if you want, and have a reason to go out on a proper date.” —Fila Antwine, lifestyle and relationship coach.

Annie Wright, a marriage and family therapist, says you should negotiate with your partner the level of importance Valentine’s has in your relationship. “As a therapist, I don’t believe that it’s helpful to have pressure or rules about how (and how much) to celebrate Valentine’s Day. Like with any other holiday, it’s subjective. Meaning if it feels important to you, then yes, it’s important. If it doesn’t feel important to you, then similarly, you don’t have to place importance on it. Despite social pressure, you always get to decide which holidays you want to celebrate and how you want to celebrate them. What can be tricky is when you have a couple where one person places significance and importance on the day and the other doesn’t. In this case, it’s up to the couple themselves to negotiate the level of importance and celebration they want to put on Valentine’s Day”. —Annie Wright, licensed marriage and family therapist.

Relationship expert, Jennifer Seiter, says not celebrating Valentine’s may cause breakups. “In my experience, it is important to celebrate Valentine’s Day. A lot of the breakups I’ve seen had one thing in common: not celebrating Valentine’s Day together. It’s indeed a hallmark holiday, however, if you want to keep your relationship strong you should take advantage of any holiday that can bring you closer together as a couple.” —Jennifer Seiter, relationship expert for Ex-Boyfriend Recovery. However, Valentine’s Day and healthy relationships are not about being forced to show your affection. If you are coerced into an expensive gift or date night, then likely your relationship is struggling with acceptance and support. It may be your girlfriend is craving some assurance of how you feel about her or your commitment to the relationship. Grand gestures will not be able to replace emotional intimacy if the security of your bond is in question. If Valentine’s Day becomes an argument, then you likely have deeper conflicts to examine.

As commercialized and materialistic as Valentine’s Day has become over the years, at its core, it’s really all about celebrating love. Whether you’re currently in love, you’ve never been in love, or being in love has always ended painfully for you, the fact is, there’s really nothing more universally human than love. Love inspires some of the best books, films, songs, and paintings. Love creates families. Love defies logic. No matter how painful it can be, love is kind of inevitable. Gift giving is not just a manifestation of modern consumerism, at its core, it is a manifestation of being sociable. Relationships are a key part of every individual’s life, as well as society as a whole, and through gift-giving, we establish a relationship where there was none before or re-establish an existing relationship; as Bronislav Malinowski, a well-known 20th-century anthropologist stated, reciprocity is an implicit part of gifting. Moreover, single or not, Valentine’s Day is a perfect excuse to treat yourself. You deserve a present on Valentine’s Day, and it doesn’t need to come from someone else for it to be awesome. In fact, you’ll probably like it better, because you’ll be getting exactly what you want.

Flavors of Thailand at Birdcage Restaurant

Semiramis InterContinental brings you to an authentic gastronomical journey from May 18th until June 10th at the signature Thai restaurant,