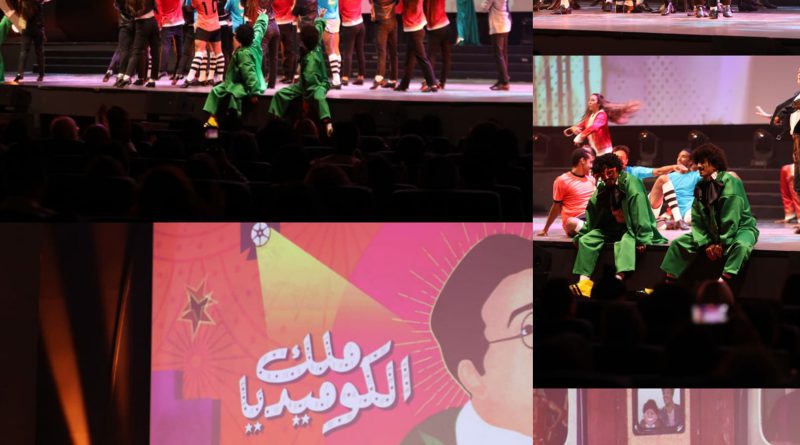 As one of the leading film festivals in the MENA region, El Gouna Film Festival (GFF) creates a buzz every year with the wide variety of films and the stunning red-carpet outfits it showcases. This international festival aims at fostering connections between different cultures through the field of cinematic artistry. In this article, we will highlight the most-talked-about moments of 2021’s GFF, including what people liked and what they didn’t.

A Tribute for Celebrities who Dearly Departed in 2021

GFF raised its curtains presenting a tribute in remembrance of the works of stars and filmmakers who passed away earlier this year, such as Samir Ghanem, Dalal Abdel Aziz, Wahid Hamed, Ezzat El Alaili, Ramses Marzouk, Moufida Tlatli, and JeanPaul Belmondo. Ahmed El Saka also dedicated his award to the late Samir Ghanem, Dalal Abdel Aziz, Onsi Sawiris, and his father – Egypt’s late pioneer of the Puppet Theatre, Salah El Saka. Actress Lebleba gave a speech about Samir Ghanem, which was followed by a theatrical performance celebrating his illustrious career.

Egyptian actress, Arwa Gouda always maintains a great fashion style on the red carpet, and this year, her dress was the talk of the town. Arwa appeared on the red carpet on the third day of GFF wearing a bold black dress open from one side. Arwa complemented the look with a silver handbag and earrings that looked attractive.

However, Arwa received severe backlash as many people commented that the dress is quite revealing. What is worse is that Arwa’s photo was abusively used by a pharmacy as an advertisement for their cellulite creams! Arwa bravely responded by saying that having cellulite is not something that women should be ashamed of.

Every year, GFF makes us think of the stance of women in the MENA region; women are lectured on what they should wear, what standards they should follow to cover their bodies, and whether they have the perfect bodies or not! We can’t but wonder when this onslaught of imposed standards shall end? We can’t wrap our heads around the fact that these shameful incidents occur during the 21st century!

After it was awarded Cannes’ Critics’ Week Grand Prize this year, the movie Reesh directed by Omar El Zohairy becomes the main contender of the festival. Inspired by Franz Kafka’s novella, The Metamorphosis, the film tells the story of a mother who lives a stable life until one day, her husband turns into a chicken during the celebration of her youngest son’s birthday. The mother suddenly finds herself the sole breadwinner of her impoverished family. The movie sheds light on the themes of women empowerment and poverty.

What is beautiful about this movie is the director’s commitment to the discovery of new talents, for the movie doesn’t include any stars, showing uprising talents from Upper Egypt. The movie’s leading protagonist is played by Demiana Nassar – a woman from Upper Egypt who had a lifelong dream of becoming an actress. Although Demiana doesn’t know how to read and write, she turned heads with her role and brought a Cannes award to Egyptian cinema.

At the end of the opening ceremony, Mohamed Ramadan took to the stage to present the festival’s song which received ridicule from social media users as the song was totally out of place and irrelevant to GFF’s themes. The song was called Gaw El Banat (Girly Vibes), so clearly it had nothing to do with the art of filmmaking. People criticized the festival for the decision of presenting Ramadan’s as the icon of their theme song, which was supposed to highlight the festival’s role as a catalyst for the development of cinema in the Arab world.

Youssra stole the show with her bedazzled baby blue flowy gown – a classy look that we couldn’t let slide. Another stunning appearance was made by Hend Sabry who wore a super bright yellow dress. Mais Hamdan wore a fancy, super classy black dress that left us head over heels. Passant Shawky wowed spectators with her sparkling black dress that she complemented with a half-up hairdo. Everyone’s sweetheart, Raya Abirached, won our hearts with her fancy red dress.

People will always love their favourite celebrities no matter what they wear, but at times like GFF, everyone suddenly turns into a budding fashionista. So, let’s highlight some of GFF’s overboard celebrity looks this year that we can’t resist talking about. Although Raya Abirached looks amazing in whatever costume she wears, her look this time with the green suit was a little bit too much. Maya Diab’s enormous hat also sparked some comics on social media and kept people wondering if she is undercover or trying to hide from someone there. Moreover, the Lebanese diva’s predominantly red outfit didn’t look good on the red carpet which was predominantly red too. Suma El Kashab’s dress also failed to impress many people. Mohamed Ramadan’s glow-in-the-dark suit felt too ostentatious and was our least-favourite celebrity costume this year because there is no other explanation for wearing all this gold jewellery but to show people how rich you are.

The GFF’s Cinema for Humanity Award is an award given by the festival audience to movies that excel at highlighting humanitarian issues and is presented by Naguib Sawiris. The humanitarian award, valued at $20,000 USD, was given to the movie, Ostrov – Lost Island directed by Svetlana Rodina and Laurent Staub. The GFF Green Award granted for films about environmental issues, valued at $10,000, went to Costa Brava, Lebanon, directed by Monia Akl.