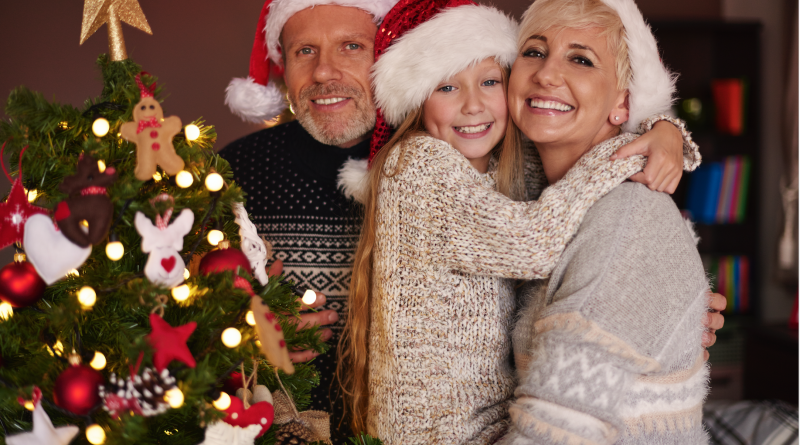 In gift folklore, it’s important never to give shoes to your loved ones for Christmas. If you do, that particular person may walk out of your life, by dying according to most accounts. If you are related to the sort of reckless individual who buys people shoes for Christmas on no account wear them on Christmas Day, as to do so brings unprecedented bad luck upon you. Also remember never to put the shoes on a table!

In many European countries, Saint Nicholas has companions who act as a negative counterpart. Saint Nick is the benevolent Good Cop; you do not want to meet the Bad Cop. One particularly bad cop is Krampus, a demonic half-goat monster with horns and a long tongue. He drags chains behind him as he walks and rattles them ominously. He carries a birch to whip bad children and sometimes a basket or sack for kidnapping them. The Eve of St Nicholas, 5 December, is Krampusnacht. Hordes of Krampuses march through Alpine towns in elaborate, sinister costumes. In recent years, the Krampuses’ tendency to go on drunken rampages, getting in fights and destroying property, has become a bit of a problem.

Folkloric traditions abound on Christmas Eve. It is said to be the very best day for cutting evergreens and bringing them into your home – if you cut them earlier, it will surely lead to quarrels! It is whispered that animals gain the power of speech on Christmas Eve. Be warned – it’s bad luck to try to listen in on their conversations. For one thing, it’s said you’ll only hear them speaking ill of you. As you always suspected. In Poland, Christmas Eve is when the Angel comes to deliver presents under the tree, waiting until evening when all are seated at the table.

The Winter Solstice was considered a very important moment in each year, given that it was the day with the longest night. As such, it was thought to be a night filled with spirits that were roaming the land in the dark. This is probably at the roots of the belief that those born on Christmas Eve are able to see spirits – or better said, be better at seeing spirits than those born on any other day. The same lore speaks of those born on Christmas Eve being immune to any harm done by spirits and ghosts, and to be protected against perishing by drowning.

Evergreens are symbolic of enduring and renewed life, which is why we decorate our homes with them at Christmastime. The fetching in of green branches is a magical rite to ensure the return of vegetation at winter’s end. Our modern-day Christmas tree is the centerpiece of this belief. Although these days when we think of decking the halls only Christmas trees, holly, and mistletoe come to mind, our ancestors decorated their homes with all those, plus ivy, rosemary, bay, laurel, and anything else that still showed green. Our choices have become standardized in a way theirs didn’t because we modern types observe the ritual without understanding what underpins it whereas our distant forefathers didn’t lose sight of the concept that a plant’s greenness was what counted. By tradition, Christmas decorations should not be erected prior to Christmas Eve, lest this visible proof of anticipation of a festival anger capricious force. Evergreens especially (and that includes your tree) should not be brought into the house before this time. Comfort should therefore be drawn from the knowledge that greedy merchants who put up their Christmas finery in early November daily court the malicious attention of evil spirits. Holly is celebrated in lore for its protective powers, being said to be especially effective against witches and lightning. The bush itself should be treated with great reverence, and lore is full of tales about those fool enough to cut down a holly bush or to use its leaves to clean out a chimney.

Holly is seen as a masculine plant and ivy a feminine one, leading to them being united at Christmastime. Care should be taken as to which sort of holly is brought into the house first on Christmas Day because who wears the pants in that home in the upcoming year will depend on that. Prickly holly indicates the man will hold sway, but the smooth sort guarantees the wife will reign. Prudent couples take care to bring both kinds in together to assure a balanced and harmonious home. Like holly, mistletoe is presumed a powerful charm against witches and lightning. At times it’s also been said to be a cure for poison, epilepsy, barrenness, and whooping cough. Mistletoe is consequently left hanging in the home year-round, with the old, dried-out bit not taken down until another festive season has come and fresh mistletoe is hung to replace it. Division exists between those who say mistletoe must not be brought into the house before New Year’s Eve and those who believe it must be part of the greenery brought in Christmas Day morn.