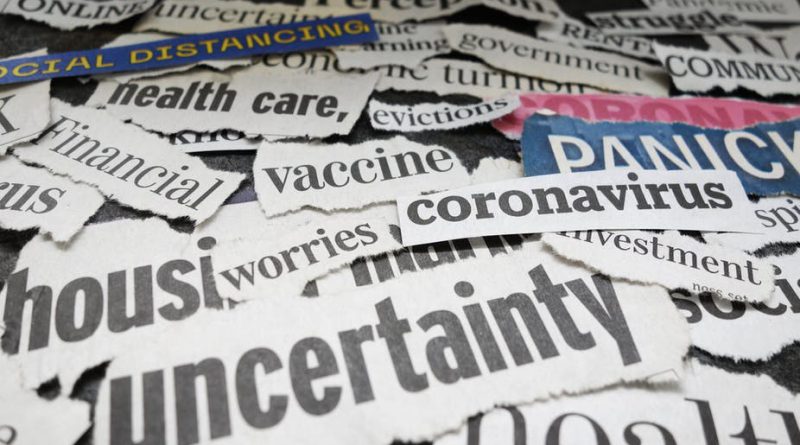 Keeping up with the Kardashians is Cancelled

After 13 years since it was aired on E! in 2007, Keeping up with the Kardashians was finally cancelled in 2021. Although people were at the beginning excited for having a heads-up on the daily life of such a well-known family, things started getting sideways: People backlashed the show due to its distorted representation of society. KUWTK presents a materialistic view of the world in which money and fame are deemed the only pathways to success. Jordyn Woods and Tristan Thompson’s cheating scandals are openly showcased on screens to the public, which led a huge number of the audience to scorn the show that is based only on antics and money glorification. Imagine that you are a middle-class or a lower-class citizen watching a bunch of people who just got so famous and rich by chance! It makes you want to grab the nearest knife to stab someone! To put it bluntly, we are relieved the show is cancelled.

Misogyny Declared a Hate Crime in England and Wales

In March 2021, women in England and Wales celebrated a historic victory as the government announced that misogyny – hate or contempt against women- will be treated as a hate crime. This was the fruit of a huge UK movement led by women. “Nobody’s going to blame me for going to the shops at 11 pm.” This was how one of the victorious demonstrators depicted the government’s decision. Police officers are now being trained to respond to demeaning language and collect the record of crimes based on misogyny. We hope that one day, misogyny will be prohibited by law in the Middle East too.

Earlier this year, Anthony Hopkins won his second best-actor Oscar at the 93rd Academy Awards. The 83-old-actor won against Riz Ahmed and late Chadwick Boseman for his performance as an elderly man with dementia in The Father (2021). The award crowned Hopkins the oldest-ever acting Oscar winner. Hopkins did not receive his award in person as he didn’t expect this unusual win at all and was in Wales at the time. “I wasn’t being cynical, I didn’t expect to get it, at all. The main contender was Chadwick Boseman, so I went to bed” says Hopkins in an interview on ITV’s Lorraine.

According to Bloomberg, more than 6.3 billion shots were given in 184 countries in 2021. This indicates that more than 41 % of the world population is vaccinated. According to experts, vaccinating 70% of the population can enable life to return to normalcy. Although this might feel a long way off, we are glad that vaccination rates are on the rise. Let’s remember when concocting a vaccine seemed a difficult feat to accomplish in 2020. Nowadays, getting vaccine shots into people’s arms has been an easy task in many countries.

The First-in-human vaccine trial against HIV showed promising results in all participants in Phase I human trials, according to Scripps Research and IAVI. Since HIV emerged as a pandemic in the early 1980s, scientists have been grappling with the process of inventing a medicine as about 38 million people around the globe are suffering from the disease. HIV infection in humans resulted from a species of chimpanzee in Central Africa. In a statement, IAVI indicated that the “vaccines can be designed to stimulate rare immune cells with specific properties, and this targeted stimulation can be very efficient in humans.”

On 3 April 2021, a majestic event was held in Cairo to transport 22 mummies of ancient kings and queens from the Egyptian Museum in Tahrir Square to the National Museum of Egyptian Civilization in Fustat in golden-decorated vehicles that weaved through Tahrir Square. The event received widespread acclaim among Egyptians and plaudits from all over the world. The concert involved chants in Ancient Pharaonic language that graced the parade. Soprano Amira Selim serenaded millions of listeners with her performance of “A Reverence for Isis” hymn, which was taken from inscriptions on the walls of the Deir el-Shelwit temple in Luxor. Spectators were blows away by the dancing troupes as every member did his/her part perfectly. Skies in Tahrir square blew gold and blue, and a group of children twirled joyfully carrying lamps. The symphonies were performed by the Egyptian United Philharmonic Orchestra led by Egyptian maestro Nader Abbassi, and the score was composed by Egyptian composer Hesham Nazih. A wide range of Egyptian actors and actresses took part in the event which was broadcast on Egyptian channels as well as global channels.

One of the worst things of 2021 is the determined opposition against coronavirus’ vaccines as anti-vaxxers are waging a fierce war against vaccination rollouts, claiming that vaccines alter the DNA, cause autism, and has microchips that track people wherever they go. Although these people don’t live in the 19th century, and they have smartphones that track them wherever they go, they insist on trashing the vaccine and science by spreading such inane conspiracy theories that make you want to go punch a wall with your head! Anti-vaxxers encourage others to get the virus, which they call “a preventable disease”, turning their backs on the millions of deaths that took place all over the world. The claims of anti-vaxxers have inspired dozens of funny memes all over social media, most notably this Oprah giveaway meme that says: “Antivaxxers are like: You get a preventable disease. And you get a preventable disease. Everyone gets a preventable disease.” Sadly, numerous anti-vaxxers expressed their regret for refusing the vaccine and even begged for it while grappling with the virus on their death beds when it was too late. Therefore, relying on the mummy instinct is not always the right thing to do.

Beirut’s deadly blast occurred on August 4, 2020, killing over 200 people and injuring another 6,000. Although it has been a year since the explosion took place, UNICEF indicates that 98% of families in Beirut are in dire need. Children can’t find milk bottles, and families are demanding basic assistance to survive. Lebanon – the once called Switzerland of the Middle East – is now falling apart, and the situation there is heart-wringing. Still, we believe this beautiful country can rise from the ashes like a phoenix as it did before.

North Korea Has More Nukes than Ever

North Korea has managed to build massive arsenal weaponry and declared the U.S. its worst enemy. Although North Korea is one of the poorest countries in the world, it managed to top the list of U.S.’ threatening forces over the years because North Korea spends more money on its weaponry than on domestic production. That is to say, yielding missiles capable of delivering nuclear warheads is more important than producing goods and services within North Korea! Much worse, U.S. tried dialogues and sanctions to stop North Korea from proceeding with its nuclear program, and nothing worked. So, we are wondering what will happen in the near future; will North Korea bomb America? Are we stumbling into WWIII? Or will Kim Jong experience the same fate as Saddam Hussein and his family? We’ll see.

The Delta variant wave in India has been one of 2021’s most disastrous events. Delta and Delta-plus mutations have been named the highly infectious coronavirus variants since the emergence of the pandemic as they kill hundreds of people on a daily basis. Since Delta, literally, wreaks havoc on the immunity system and causes one’s body to hit the rock bottom, this allows the deadly flesh-eating fungus to thrive which were discovered in tandem with the emergence of the variant. The crisis has been linked with the Hindu festival ritual bath in which millions of Indians gather yearly to swim in the holy river. Numerous Indians lost their lives, and many of those who survived are now living without eyes or noses.

Demons were unleashed all over Afghanistan after the government collapsed, inciting terror, segregation, and chaos. People have lost their lives trying to escape from a war-ravaged country led by devilish creatures; shots were fired at Kabul Airport as thousands attempt to flee. Some fell from aeroplanes, and others were crushed to death after they huddled tightly in the aeroplanes. The U.S.’ poorly executed withdrawal was an utter disgrace as there was no withdrawal plan devised beforehand, after 20 years of occupations, billions of dollars spent, and dozens of soldiers killed. This comes after the Doha Agreement that occurred on 29 February 2020 to bring peace to Afghanistan. The withdrawal was set to take place only in conjunction with Taliban’s agreement to thwart “al-Qaeda or any other extremist group from operating in the areas they control.” Taliban started its reign by banning songs and segregating all places by gender. Taliban fighters even cracked up in an interview when they were asked if they would allow women to work in politics!