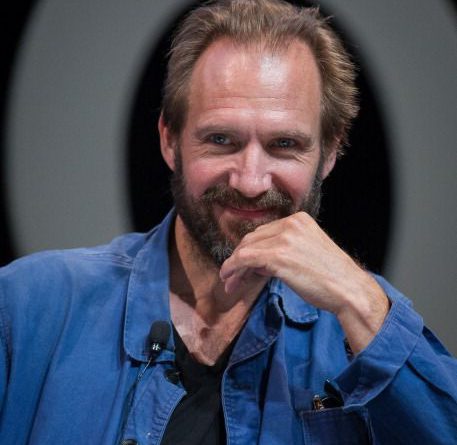 Some of Hollywood’s masterful actors and actresses are not easy to recognize. This might be because of their talent to disappear into the character they are embodying or simply because life is not fair. Anyways, here are five of the most overlooked actors in Hollywood.

Helena Carter has always been a Hollywood staple as she can perform in any genre with style, putting her hallmark on whatever role she gets. She can oddly transform into the character she is playing, be it the character of a drug-taking lady who is not the kind of person you’d like to know or the character of a refined princess. She is also an inspiring person that people can look up to as she always urges people to be themselves and not to follow what beauty trends dictate. It is wonderful to see an actress who refuses plastic surgery in these times. Besides, Helena is renowned for being cultured as she loves reading and writing and always tries to improve herself. She once turned down a movie offer because she refused to be explicitly sexualized on screen; she feels comfortable when she adheres to her principles which she values more than money or public acclaim.

74-year-old American actor, Ted Danson is, definitely, one of the highly underappreciated actors of our time. If you have seen him on The Good Place series, you will easily get this idea. In The Good Place, Danson plays the character of an angel who establishes a neighbourhood for benevolent people to inhabit as their forever after-life home. Danson hits all right boxes for a saintly angel who cares about nothing but to serve humans at the best of his abilities so that they can have a happy after-life. However, you eventually come to discover that he is not an angel, but a supernatural demon designed to torture people psychologically by deceiving them. This considerable shift from a heavenly angel to Mr Diabolical-Torture Guy is no easy feat and is a testament to his expressiveness as an actor. Danson’s multiple spins on his character keep spectators on their toes throughout the series, for it becomes super difficult to trust this double-crossing being who moves back and forth between aiding humans and torturing them.

Merritt Wever is one of America’s top-talented actresses of her generation. Despite her baby face and gentle voice, Wever is best known for portraying the mischievous Zoey in Nurse Jackie series – a role that won her an Emmy award for Outstanding Supporting Actress in a Series. Another spectacular role for Wever was landed in the TV series, Unbelievable in which she played the role of an intrepid police officer. In this series, Wever showcases bravery, kindness, and conscientiousness, defying feminine stereotypes and hitting all the right notes for a gallant heroine who teaches you crucial life lessons without lecturing anyone. Apart from her roles on screen, Wever is renowned for her unpretentious personality in real life, for she always says what comes to mind and has a funny way of escaping from spotlights and public speeches. To exemplify, she gave the shortest acceptance speech ever at the Emmy’s: “Thank you so much. I gotta go. Bye.” That was the entire speech that she gave, and, however, she lit out as people were blown away by her simple character.

Since he had his acting debut in 1996 in Primal Fear, Norton has turned heads because of his ability to change his character like a chameleon. Just have a look at this movie, and you will realize that this man is not given his due acclaim at all, for it is rare to find an actor who can blur the line between good and evil like how Norton does in this movie. Although he scored some Oscar bids for his versatile roles, many critics believe that Norton is “the most-underrated actor ever” although he might be the best actor to display psychological transformations on screen in a way that captures the attention even if he is playing a minor role. We can’t but give it up for his acclaimed role in Fight Club with Brad Pitt. That is why it is head-scratching to ponder why Norton’s stance now is not akin to other actors of his generation and why he is not getting many roles. Some attribute this to Norton’s inflexible character, which irritates coworkers on movie sets. But come on, people; the man is a legend!

With a career spanning over 30 years, English actor, Ralph Fiennes has been one of Hollywood’s most versatile actors who land it as both heroes and villains. He collectedly morphs into a nefarious powerful force that makes his character all the more threatening. He embodied two of the most sinister characters in the history of Hollywood – Schindler’s List’s Amon Göth and Harry Potter’s Lord Voldemort. In Schindler’s List, Fiennes portrays a character of a Nazi commandant who revels in his malicious deeds, considering himself to be so powerful to treat other people like cockroaches. Fiennes lands an impeccable performance that gives you insights into this man’s psychological insecurities. Owing to Fiennes’ remarkable acting skills, audiences feel that they can accurately assess the character’s inner self and motives. Fiennes is also renowned for the character of Harry in the movie In Bruges (another villainous role). In this movie, Fiennes reprises his sinister performances again, yet in an incredibly humorous way. His sense of humour steals the show despite his being a supportive actor, not a lead one. In addition to his sinister, scary roles, Fiennes managed to establish himself as a romantic lead in several movies, the most notable of which is The Constant Gardner in which he played the role of a benevolent activist on a mission to uncover a corrupt conspiracy led by the government. Despite Fiennes’ successful roles that garnered rave reviews and awards, he still hasn’t won an Oscar yet. What a shame for the academy!