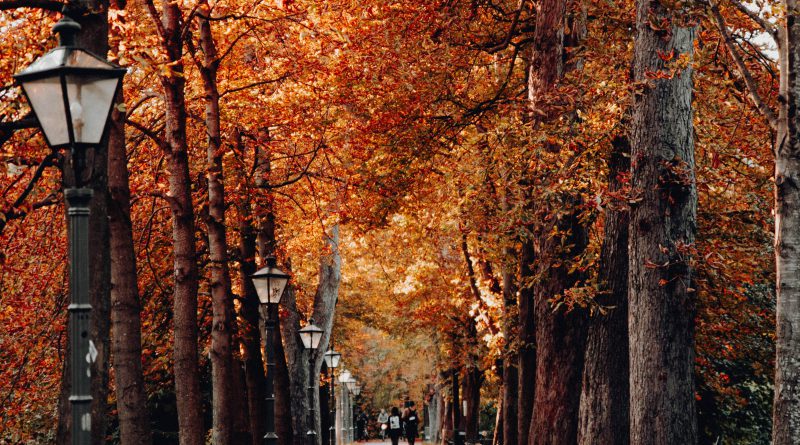 It’s fall, y’all– the season when leaves change colour, days become darker, and skies turn grey. It is the time of the year when the witch is upon you and when smoky scents of mortality and fear shroud the atmosphere; no wonder why all horror stories are set to take place in autumn. Ironically, according to BBC, all movies that bear the word “autumn” in their titles never won an Oscar while the movies that have other seasons’ names did. However, this shouldn’t be our only takeaway from the season; to be fair, autumn makes us happy too. In this article, we will tackle some of autumn’s fascinating facts, and we bet you will feel glad that you live in a world where there are autumns.

Humans and Squirrels Get Smarter

A report by the National Bureau of Economic Research revealed that humans who are born in September and October (Virgos and Libras) tend to be smarter and more successful than their peers who were born in other seasons. That is to say, children who are born in autumn have more developed cognitive abilities than most people. If you are not born in September or October, don’t fret; your birth month is not the only factor that affects your IQ.

Even squirrels experience a 15% expansion of their hippocampus part in the brain, which is responsible for memory and searching skills. This is associated with the fact that squirrels stock up on nuts and seeds during the fall season, burying them under the ground to serve as larders during the cold days of winter.

In autumn, it gets dark earlier, which might be a buzzkill for some people. However, on the positive side, we get extra time to sleep and relax during the cool autumn nights and chilly mornings. Moreover, in autumn, we finally get the chance to wear whatever makes us look cool. It is the season of chic leggings and scarves.

What we love the most about the fall is going on hikes while the leaves are falling, hearing the lovely crunches under our feet. No matter how fully grown-up you are, there is something disappointing about stamping on a leaf that doesn’t crunch. In short, autumn hikes are the best; it is the time when you feel that nature is beautifully changing, and the fragrant leaves are telling everyone to go buy their new jackets!

In autumn, several foods taste better than in the other seasons. To name a few, fall is the best time to enjoy cranberries, which are credited with preventing cancer and improving brain sharpness. Autumn brings in a wide variety of fresh fruits, such as apples, pomegranates, oranges, and grapes. Moreover, it is said that fall’s mushrooms are the best mushrooms you can eat.

The Season of Love

Scientists claim that autumn is the mating season for both humans and animals. According to Facebook Data Science, a huge number of people change their Facebook relationship status from “single” to “in a relationship” in autumn more than in the other seasons. Moreover, the analysis revealed that more divorces occur in summer. That is to say, people tend to form emotional bonds during cold and lonely autumn and winter days and part ways during the scorching weather temperatures.

Animals get ready to mingle during autumn as well; scientists indicate that sex hormones in hamsters increase during autumn, and male hamsters find their female partners even more attractive.

Autumn is a stellar time to travel and explore the world. In addition to autumn’s amazing weather, travelling in autumn is cheaper than travelling in the rest of the year. Prices tend to fall when kids go back to school, so autumn is considered as an off-season. Accordingly, hotels and resorts tend to make amazing offerings to encourage more people to come, such as offering 4 nights for the price of 3, and so on.

Fall is irresistible to poets, for it contains depth within itself. That is why there are multifarious poems that were written about autumn, most of which are about the fleeting nature of life. However, despite being associated with death, autumn allows us to drift off into imagination and remember that the weather is not the only thing that changes. It is reminiscent that every human is like a leaf and is part of a bigger story.  Fall reminds us that we are not here forever, so we’d better hurry up and make our lives more meaningful. Autumn is generally a metaphor of how the fleeting nature of our life is what makes it beautiful. Poet, Gregory Orr sheds light on this idea, saying:

A poem that says

This is my glory.”