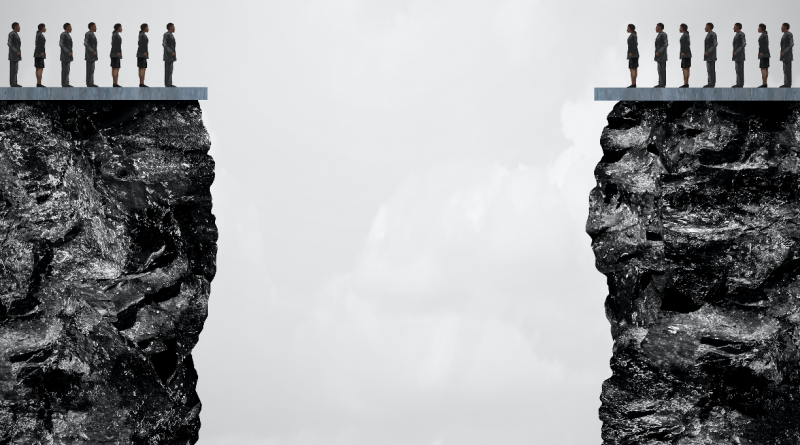 Τoxic people are the ultimate curse of our life on earth. They can turn your life into hell since they are obsessed with regimenting the world of others so that it revolves merely around them and their needs. Their constant attempts of standing out at the expense of others is a spin-off of their smashed personalities. So, let’s learn how to spot them and kick them out of our lives once and for all!

A toxic person doesn’t care about the boundaries or personal preferences of others and encroaches on their personal space. Even when it comes to intimate relationships, such as the husband-wife relationship, some personal bounds should exist for each of the two spouses. As Khalil Gibran puts it: “Let there be spaces in your togetherness.”. A toxic person doesn’t understand this idea as they always want to know everything about you because this makes them feel in control. So, whenever you encounter a straitjacket character, confront them and tell them to adhere to their limits. Usually, they will respond by saying that you are not a true friend, to which you should respond, “yes, you’re right” and walk away. Having a breathing room is a crucial prerequisite for a healthy, self-perpetuating relationship, so don’t compromise it by befriending an invasive friend.

Sarcasm is the best weapon of toxic people, and they use it as a self-mechanism trick to distract themselves from the emptiness inside them. Beneath the sarcasm, it lurks an element of weakness and jealousy. Sarcastic guys love to call your confidence into question and mock you to drain your self-esteem. Although you should get out while you can, we recommend that you stay a little while to neutralize your friend’s toxicity by showing them that it’s null and silly. Exposing yourself to the toxic sarcasm of your friend and turning tables on them will give your self-esteem a great boost and will make you feel so proud of yourself. How can you do it? There is a reliable strategy called “The Strategy of Unexpected Validation.” This strategy is about confirming the criticism of your toxic friend – a reaction that the toxic person doesn’t expect from you. Want some examples? Here you are: When Nelson Mandela was studying law at the University of South Africa, a white professor used to habitually mock him. One day, the professor was eating in the dining room, and Mandela came along with his trays and sat next to the professor. The professor said: “Mr Mandela, you do not understand, a pig and a bird do not sit together to eat.” Mandela dished it back to him saying: “You do not worry, professor. I will fly away,” and he went and sat at another table. We assume Mandela walked away in slow motion while his colleagues showered him in dollar bills.

Here is another example: If you are a wife who screws it up in the kitchen and can’t get rid of your mother-in-law’s villainous mockery, stop defending yourself and, instead, agree with her that you are not a good cook.

Mother-in-law: Is this human food or chicken food?

And, if she gives your house the white-glove test, just do as follows:

Mother-in-law: This table is too dusty. Yikes! (dusts her hands off)

Wife: (Offers a handkerchief and smiles).

So, if you have a sarcastic friend, don’t leave away immediately; seize the opportunity to stick your tongue out and tell them that you don’t care about their stupid opinion. (Not literally, of course).

Toxic people, especially those who have Narcissistic Personality Disorder, don’t like to listen to anyone but themselves. They want everyone’s eyes to be on them, and they always try to steal the show. As a result, they interrupt you while you are speaking, make the conversation about their achievements, and harp on your mistakes.

Narcissistic husbands feel intensely jealous whenever their wives succeed at something, and they usually ruin their wives’ careers. Narcissism might seem a little bit harmless at the beginning, which is why an empathetic girl might feel like: “Poor guy. He needs some support and encouragement. I will help him claim his healthy self, and he will stop acting like this after marriage” (Duh)! If you think so, you are 200% mistaken and out of your mind; it might be sad when a person doesn’t get his due encouragement and love as a child, but let’s be fair: As adults, we need to get over our insecurities not to smash other people’s lives! Yes, it’s devastating when your parents don’t come to your graduation party, yet as a sane person, you shouldn’t let others pay for that. Therefore, refrain from getting involved with these people; just sigh and bid them farewell. They need a psychiatrist, neither a friend nor a wife.

They Thrive in Drama

Toxic people revel in drama because it brings them to the centre of attention. They love to point a finger in your face and say: “Argh! Look what you’ve done to me!” They are always right, and you are wrong because they decided to pronounce themselves ultimate victims. Socializing with someone with this mentality will make you feel constantly regretful and anxious. It is like you are dealing with a child, whom you always try to please. Moreover, drama queens enjoy asking you to prove yourself by challenging you to do difficult stuff so that they can approve of you. They have a way of stirring the pot and creating dramatic situations so that they can grab their popcorn and enjoy the movie. Now, let’s take a moment to blame these families who prevented their children from pursuing an acting career. We are suffering because of you, people as your children are still flaunting their talent in real life!

To neutralize this type of toxicity, instead of rising to the challenge to prove yourself brave, kind, or trustworthy, tell your friend upfront that you fail to meet his challenge and that you deserve an F on the test. Proudly announcing that you aren’t perfect will drive them up the wall.