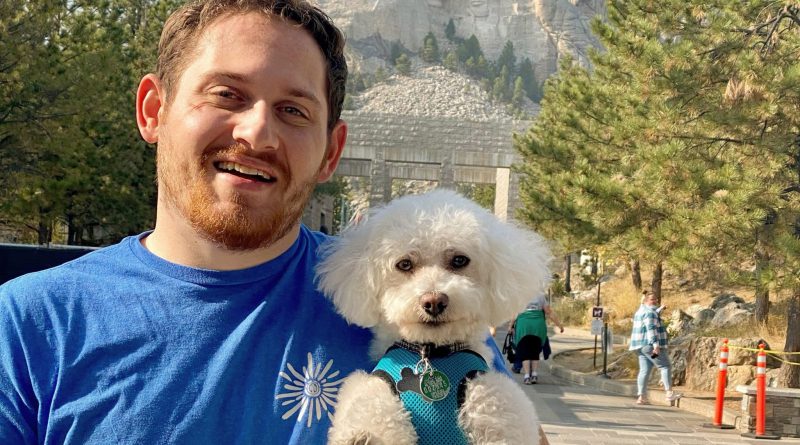 Patrick Barnes is an American comedian who became well-known for his hilarious videos starring his dog, Quincy. His videos sparked endless laughs and were featured on many renowned programs, such as ‘Good Morning America’, ‘The Morning Show’ in Australia, and ‘Animal Planet’. Quincy is a Bichon dog who has got some talents up its sleeve, such as singing, howling like wolves, playing hide and seek, and sitting like a human. He also has some trust issues because he doesn’t like sharing his stuff with Barnes. Sometimes, he even claims all of Barnes stuff as properties. This 12-year-old doggie is not only a fantastic vocalist who acts out his nature, being assertive and sassy sometimes as he is always there when Barnes needs a shoulder to cry on. Even when Barnes got hitched, Quincy was there, walking down the aisle with him! Quincy has absolutely won the hearts of millions all over the world with his addictive, super-cute vibes. But Quincy is not the only star of Barnes’ vlogs, for Barnes loves to film some of his funny stories with his family. It turns out that despite all the cons of the internet, it can be a means of spreading laughter and saving your best memories so that you can see how hilarious you were when you grow older. We had a chit-chat with Barnes about his lovable pet, his personal life, and more.

Why did you decide to become a dog owner, and what made you pick Quincy?Was there anything special about him when you first saw him?

My brothers and I were in high school and really wanted a dog, so we decided to buy one for the family. Quincy was the one dog that ran up to us when we went looking!

Quincy seems like a well-trained dog, so how did he learn to sing, play hide-and-seek, and howl like a wolf?

He is not as trained as it looks. He does a lot of that stuff naturally, and we just found out how gifted he is over the years of being with him. For instance, one day someone was singing loud, and Quincy just joined in.

When did the whole video thing take off? And what is your most viral video until now?

There was an application called Vine, and I did a video where I said, “we’re going on a road trip wahoooo” to which Quincy responded by saying “wahooo”. That is my most popular video ever that has hundreds of millions of views.

Did you get hate messages/ comments before? How was your reaction?

Anyone that does social media gets hate messages. In the beginning, I would get upset, but now it doesn’t bother me at all.

Do you have any long-term goals or plans?

I have a pet product that I’m in the process of inventing!

Did your videos affect your family life? Positively or negatively and how?

The videos don’t impact my family life. If anything, sometimes my brothers will get annoyed if I need to film them for a while.

Everybody is wondering why does your brother, Thomas wear suits all the time? And why does he have a British accent?

Thomas has always dressed up a bit more than everyone else. The suits started when he went to college. He has always talked more proper than most people. The accent was most likely developed over years of watching and listening to British movies. I never noticed it as much as others because I grew up with him.

I won a state championship in chess in 5th grade.

What is the naughtiest thing Quincy has ever done? Does he have any bad habits?

One day when our family was gone, he ripped up a bunch of trash and shoes. He was a puppy at the time.

Anything related to football. I am a huge fan of Saints.

Do you have any advice for other dog owners or future dog owners?

Spend as much time with your dogs as possible. You are all they got! Don’t expect them to be perfect either.

Yes, he loves interacting with other dogs.

Does Quincy enjoy being around the camera?

I think he may be like my brothers now where he gets slightly annoyed when he is on camera. (laughs)

Did Quincy have a girlfriend before?

Quincy has never had a girlfriend.