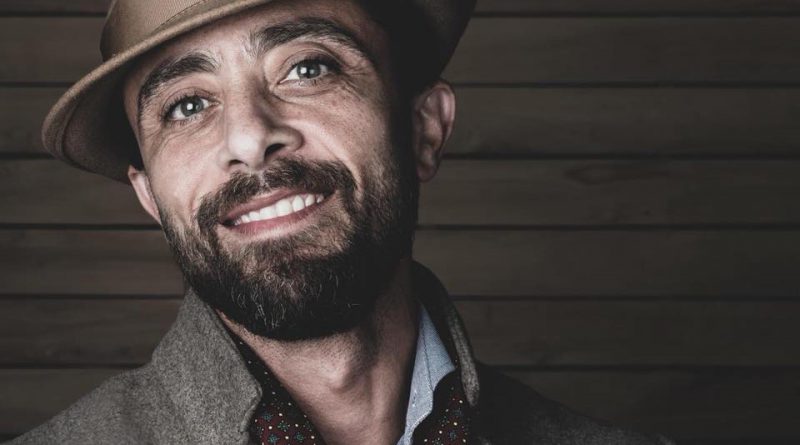 Loai Omran has managed to turn heads since his very first performance. He worked as a model and tv-host before embarking on his acting career. Moreover, he participated in professional athletics in addition to his varied talents and hobbies, including writing, drawing, horseback riding, and swimming. Omran has gained wide-spread praise for his role in ‘Taht El Saytara’ (Under Control) and his recent performance in ‘B 100 Wesh’ (Multifaceted). We had a delightful call with the uprising star in which he broke down his most admired roles and spoke openly about his personal life.

How did you start your career as an actor? And was modelling a preparatory step for acting?

When I worked in modelling, I didn’t have acting in my mind at all. I just started working as a model to raise my income since I wanted to do post-graduate studies in Islamic Arts in the AUC after I graduated. I then got an opportunity to work as a tv-host and as an actor, yet after I acted, I got hooked.

What was the role that affected you psychologically? And why?

I haven’t been really psychologically affected by one of my characters. I know that this situation happens to many actors who feel that they can’t get rid of the character they are playing and live with it after they finish filming for some time. Yet, for me, I never experienced this feeling before. In ‘Taht El Saytara’, I was affected by the character I played but not psychologically; I was drained in general, especially because I deliberately lost 10 Kg to be fit for the role.

How were you offered the role in Taht El Saytara series? And how did you prepare yourself for such a difficult role?

I called Tamer Mohsen after he finished his first series ‘Bdon Zekr Asmaa’ (Anonymously) to congratulate him on the success he achieved. For the first time in my life, I found myself expressing my wish to work with him. Mohsen really impressed me by the way he achieved success so quickly as if he has been directing tv series for ages. A year has passed since our call, and I got a call from Mohsen offering me a role in Taht El Saytara. Regarding the preparation, we spent over a month making sessions with addiction experts, psychologists, and ex-addicts. I sat with a former addict and delved into numerous psychological complexities. I think that engaging with real characters can be more realistic and informative for an actor than reading books. In Taht El Saytara, we came across many former addicts that helped us a lot, and they are still our friends till now.

In B 100 Wesh, the fight scene starring you and Sara El Tounsi went viral and became so popular. What memories can you share with us about it?

Usually, when I come across an important scene while reading any work, I make a specific sign to remind myself that this scene should be given extra effort and consideration. The fight scene was one of these scenes: When I read the scene, I felt worried because the success of the scene depended on the mutual performance of me and Sara, and since Sara was new in the acting career, I was worried that she wouldn’t deliver the performance required for such a challenging role. Moreover, the scene wasn’t a typical fight scene since it included many ups and downs. When I witnessed Sara’s performances in other scenes, I started to trust her talent. The day of filming the scene was very hectic, and we were all nervous. Kamla Abou Zekry told me that she would never accept a fake fight and that she would keep repeating the scene over and over till we give her what she needed. So, we managed to film the scene in one take, and Kamla was very happy when we made it properly. Kamla also didn’t add any sound effects to make the scene feel normal.

What were the main difficulties you faced in Wahet El Ghoroub series (Sunset Oasis)? And what fears you had?

The series was replete with difficulties as Khaled El Nabawy got injured, and, as a result, many scenes that I was supposed to play with him were cancelled. The series was also challenging in terms of production.

What kind of characters are you interested to play in the future?

I wish to portray a historical figure that belonged to ancient history.

What are your priorities in life apart from acting?

I still work as a designer as I haven’t abandoned my career. Reading is also one of my most cherished priorities in life as I am a bookworm. I get entertained when I know new information even if it is not related to my work field. Besides, I am writing a novel based on a true incident that happened in our family in the 19th century. Also, I have a little dog named Shakal.

What’s the best compliment that was given to you?

There are two compliments that I will never forget. The first one was made by the legend Ahmed Zaki after I participated in a movie called ‘Ashan Rabena Yehbak’ (So That God Loves You). It was the first time I acted, and unfortunately, the movie didn’t succeed commercially and was a complete failure. So, I thought that I should stop acting not to embarrass myself again until I met Ahmed Zaki in a hotel’s lift. Ahmed Zaki told me that my performance was good, and what happened was not because of acting or performance. This comment led to a significant paradigm shift for me. The second was by Sami El Adl, who always told me that I am talented and kept pushing me forward. I will never forget his kindness and support.

A rational person should accept criticism because no matter how hard you work or how good you are, you will never manage to win the praise of all people. Moreover, smart people are those who try to benefit from criticism to sharpen their skills. Also, remember that critics are not always haters.

If you had to choose between a family event and a career event, which one would you choose?

Family event of course. I don’t like work meetings because they feel dull sometimes. (laughs)

If you could time travel, when would you go?

This is very difficult to answer because my studies in history and architecture made me develop an all-consuming passion for history. I think I will love to visit the Old Egyptian Kingdom – the era of building the pyramids. It would be great if I also managed to visit the era of Alexander and Socrates in Greece as well as The Vikings era. By the way, The Vikings were very interesting people and had super unique ideologies; for instance, they believed that Evil is destined to win over Good, and, therefore, man has to believe in Good for the sake of being good and despite being doomed to lose! I wish also to go to the era of the primitive man – when man started manufacturing his tools by himself after being nature’s parasite.

Which one do you enjoy the most Cinema or Television?

It doesn’t matter to me. Acting is acting no matter where you act.

The Best book you read?

The Dawn of Conscience by James Henry Breasted. It reveals the origins of man’s moral heritage throughout ancient history and how ethics influenced the evolution of societies. The book talks a great deal about the reasons that prompted the ancient man to record history and the role of conscience in shaping history. It delves into a myriad of historical events, shedding light on man’s social role as well as several primitive religions adopted by Egyptians in 5000 BC.

The OA (2016). It is an American mystery drama featuring parallel worlds. Though the series showcases irrational events that are impossible to happen, you will find yourself reacting as if what you are watching is completely true! I was taken aback by this magnificent work, especially by the performance of Jason Isaacs, who is one of my favourite actors.

” I think that engaging with real characters can be more realistic and informative for an actor than reading books.”

Flavors of Thailand at Birdcage Restaurant

Semiramis InterContinental brings you to an authentic gastronomical journey from May 18th until June 10th at the signature Thai restaurant,