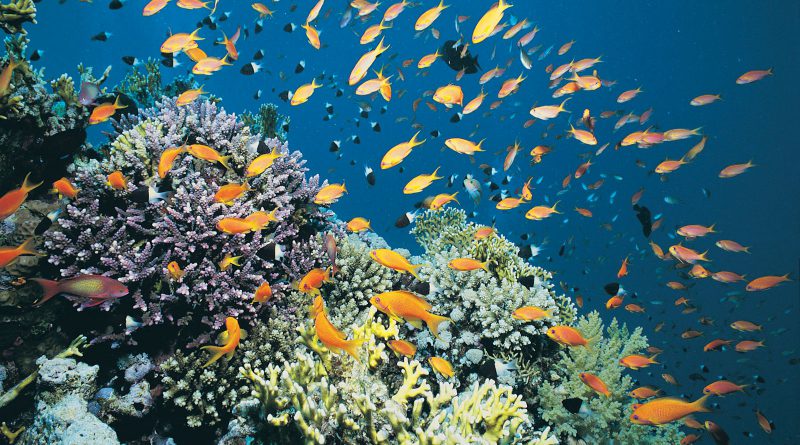 Do fish differ in character and morals like more developed animals and humans? You bet they do!

Echoing humans, each fish has a unique personality and behaviour – a fact attested by people who have fish aquariums at home. In a study, Thomas M. Houslay – a researcher at the University of Exeter in the UK – revealed that every fish type deals with tense situations differently according to its personality. When introduced to different environments, some fish responded by fleeing,some tried to cave in, and some felt extremely excited and started exploring. In this article, we will reveal the top ultra-adorable fish, the jerky ones, and the most bizarre.

The Rainbow Fish is one of the most affectionate fish in the ocean. It features vibrant colours that begrudge many of its marine counterparts. Uncharacteristically, such colours don’t show up except when the rainbow fish is in love and ready to get married. When the rainbow fish is kept alone, it never changes its colours, only showcasing its basic silver look. Once the rainbow fish meets its best half, it starts showing off its oh-so-pretty flashes to impress its lover with style. So sweet, right? Besides, the rainbow fish flares up upon seeing its owner. It puts on its best look to meet her human daddy or mama. That is why, people call this fish “the morning sun”. So, if your rainbow fish blazes up whenever you approach the tank to feed her, that’s its way of greeting you. The rainbow fish is incredibly friendly and is a recommended pick for a home pet.

The Oscar fish is another example of a fish with an incredible personality. It loves to decorate its home according to its distinguished taste and doesn’t like compromises. This South American fish might seem bad-tempered and dull at first glance, yet one gets to discover how playful it is by and by. At feeding time, the Oscar fish is in its best moods as it pops up at the surface of the aquarium in a whirl of enjoyment. This puppy-like attitude of greeting feeders and begging for food has won the hearts of numerous fish lovers. Moreover, Oscars don’t mind adapting to new places as they are passionate about making new discoveries. Once they get into their new homes, Oscars start demonstrating their genuine talent of design, rearranging plants and objects according to their artistic viewpoints.

The Skunk Loach has earned its place among the top worst fish personalities in the ocean. It is very aggressive and never ceases to pick fights with each fish it encounters. Many fish hobbyists return the skunk to the pet store only a few hours after buying it, for it ruins the entire tank and makes a great mess. Skunks are murderers who enjoy killing their tankmates one by one. Although they look like peaceful doves, their aggressive manner of driving small fish out of their hideouts to kill them has earned them a negative reputation among fish enthusiasts. If a cat walks into the fish aquarium, it might get the chance of being bitten by a skunk.

Piranhas deserve a bad-fish award as they are real jerks. These South American fish are best known for their meat frenzy. Even when piranhas are schooling, they tear apart meat with their sticking-out, needle-sharp teeth in a terrifying manner. Their taste for blood and sudden attacks have made them one of the top fish families that people avoid keeping at home: Nobody wants to run the risk of having one of his fingers snapped off because his piranha is hungry for its morning fix. In 2013, in Argentina, a group of hungry piranhas devoured the fingers and toes of 70 people and left them with devastating injuries. Fortunately, the group of piranhas happened to be young, so no deaths occurred. In 2015, a Brazilian girl was devoured alive by a group of piranhas. Piranhas are one of the most ferocious fish in marine life; that is why, they have been banned as pets in many areas. It is noteworthy to mention that some piranhas are harmless and vegetarian, yet most of them are barbarians. That is why, piranha has been crowned the world’s worst aquarium-fish personality.

This Australian grumpy fish has inspired a plethora of comics on social media platforms. It looks like an 80-year-old bald man who has either lost his zeal for life and wishes to die soon or is having a complicated dilemma that he can’t solve. Mr. Blobby has also inspired some product ideas as it has been on many impressive T-shirts, toys, and more. This is because of its expressive facial reactions that we all can relate to when we are in a bad mood. The British-based Ugly Animal Preservation Society has called Mr. Blobby the ugliest animal on earth because of its droopy mouth and cursing face. However, we shouldn’t judge a fish by its looks; maybe Mr. Blobby is a good-looking fish in its aquatic environment? After all, we don’t know how these creatures would perceive us if we went into the Amazon river.