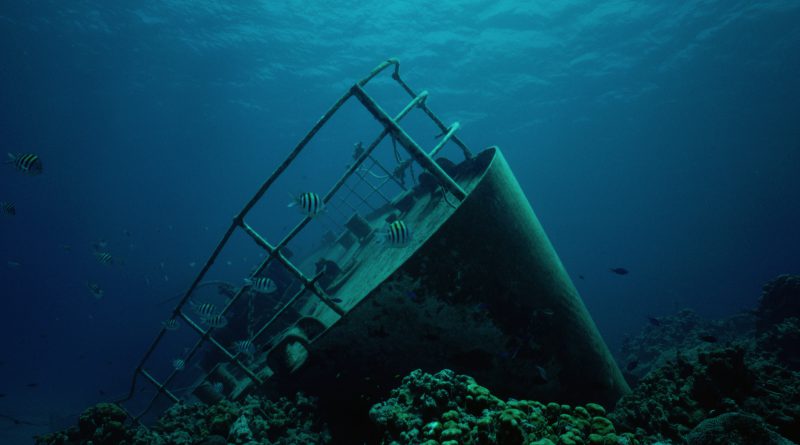 You might think that getting out of a shipwreck alive is just a stupidly recurrent theme in Hollywood’s action movies. But this is not true; real life has many stories of people who stuck their tongues out at the bony face of death by surviving epic maritime disasters. Some were almost devoured by sharks like they were twinkies, some decided to make their disastrous conditions scarier, and some  surfaced as all-time heroes.

Rodney Fox is the founder of Rodney Fox Shark Museum and Learning Centre – a museum in Australia dedicated to shark attacks. The museum has been established by Fox to give people insights into these savage predators. Mr Fox is a man who is considerably passionate about sharks and the ocean. And if you think that Fox’s passion is so bizarre, what will you say when you know that this man was attacked by one of these killers in 1962 while he was spearfishing? Fox was enjoying the water of Australia’s Aldinga Beach, diving down looking for some fish, and suddenly, a huge crash came from behind grabbing hold of him. Fox tried to push the huge monster by giving it a punch in the mouth, to which the shark responded by biting Fox’s arm, breaking all tendons. Once Fox managed to pull his arm out of the shark’s mouth, he drove to the surface, catching his breath. Fox looked down and saw this great big head coming up through blood-red water (Fox’s blood) to rip him to pieces. Two things gave Fox time to flee: a fish that came between him and the shark, which was eaten by the shark, and a boat that anchored Fox into safety. Fox decided to turn this accident into something of value, so he created his museum and produced movies about sharks, such as National Geographic Explorer (1985), Caged in Fear (1984), and Uncharted Waters (2013).

In 1914, a ship called the Empress of Ireland sank in the St. Lawrence River, claiming over 1,000 lives. Inside this ship, slept an 8-year-old girl named Florence Barbour, who woke up to find herself thrown away like a used toothpick! The child saw all the passengers frightened out of their wits, so she burst into a frenzy of crying. Her uncle, Robert Crellin stood up and hugged the child, saying “don’t worry dear. We will save the others.” Crellin wasn’t just comforting the poor girl to stop crying her eyes out; that’s what really happened! Crellin carried Florence on his back, jumped into the water, and kept swimming for an hour until he found a small lifeboat that they got into. Crellin didn’t suffice by rescuing his niece and decided to fulfil his promise. So, he took a retreat with the boat and saved 20 people from sinking. The press called Crellin ‘the hero of the Empress of Ireland’, and in his interviews, Crellin told journalists that it was Florence that gave him courage and strength to survive and save others. So graceful, isn’t it?

Born in 1875, Bob Bartlett was a Newfoundland-born American Arctic explorer with a great reputation for being one of the most adventurous men in the navy. However, his friends didn’t like to accompany him on his adventures. Wondering why? It was because this jinx was shipwrecked 12 freaking times! Bartlett never felt anything weird about what was happening to him. He even said, “it’s all right while you’re exploring. You get used to rotten meat, frozen fingers, lice, and dirt. The hard times come when you get back.” Well, that is the spirit man! He lived for months in uninhabited areas after his ships were broken to pieces, walked endless miles, and was almost starved to death, yet he never wanted to quit his job. He once stayed on board playing some music while his ship was sinking into the deep abyss beneath and only fled at the last minute. That’s what survival against the odds literally means. We assume that other crew members wrote their wills before hopping into the boat with him. He received considerable honours and awards throughout his life. Now, let’s take a moment to feel ashamed of ourselves for losing our passion because of tight deadlines, a demanding boss, or other trivialities.

Gudlaugur Fridthorsson was an Icelandic fisherman who walked barefoot towards salvation until his feet were bleeding from deep cuts after his ship sank in 1984. Undaunted by the freezing coldness of the North Atlantic, 23-year-old Fridthorsson removed his ice-shielding outerwear to swim 3 miles in 6 hours, wearing jeans and a sweater because, believe it or not, the man enjoyed it! All that adrenaline pumping into his veins and the challenge to mock death propelled him forward and saved his life. His friends froze to death, and he was the only one to make it to the shores despite the windy temperature that declined to -2C (28F). He walked barefoot on the sharp rocks of volcanic lava and lost loads of blood. He was rescued to a hospital, and the doctors didn’t manage to measure his body temperature because it was lower than the thermometer’s temperature. After he survived, researchers conducted some tests on his body, and to their amazement, they found that his skin was heavier than the regular human by three times. No wonder why he was given the title of the coldest man on earth!