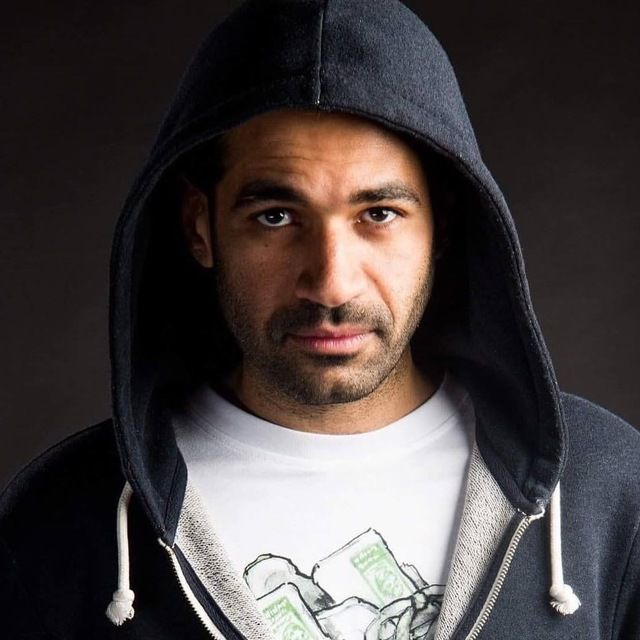 Sedky Sakhr started acting in 2011 and participated in many renowned Egyptian works, such as El Gama3a (2011), Villa 69 (2013), Zahret El Sabbar (2017), and Zay El Shams (2019). 2020 has been a special year for the uprising actor as he started starring in a wide range of roles. He participated in Fi Kol Esboo3 Youm Gom3a, Be 100 Wesh, as well as Leih La2. Sakhr has recently contracted coronavirus and is self-quarantining, so we had a delightful call with him, in which we chatted about his new life under the spotlights and all recent changes he is witnessing.

What can you tell readers about yourself?

What I would like to tell the readers about myself is that I’m a person who is extremely passionate about what he is doing and who would love to die doing it.

I have always acted even when I was a young child. I used to set up a stage with my cousins in the living room so that our parents could watch us while acting. We used also to set schedules for the performances as if we were in a true theatre. I also used to participate in the school theatre. Nothing, in particular, inspired me to act, for I have always been fascinated by the idea of acting. That is why, I decided to shift my career to acting after I was working in a corporate, which was a great risk for me. Echoing my father who started publishing his novels at the age of 60, I decided to make that leap of faith because to arrive late is better than not to arrive at all.

What kinds of career plans or projects do you wish to implement in the future?

I have a dream of acting in a musical. I believe that musicals are the true epitome of art, for they combine acting, singing, and dancing. Moreover, I wish to take part in movies that are good enough to represent Egypt internationally.

You encountered director Kamla Abou Zekri in B 100 Wesh (100 Faces) series. What have you learnt from her the most?

The most important thing that I learnt from Kamla Abou Zekri is the art of being natural as she always finds something new in the script to highlight in each and every take.

You have a new tv series called Ansaf Maganine (Partially Crazy) on the way. What can you tell us about this new experience?

Ansaf Maganine has been a very exciting experience for me. Directed by Omar Roushdy, the series is an adaptation of a novel by Shaimaa El-Sherief, done by Mariam Naoum’s workshop ‘Sard’. The series tells the story of a mentally deficient man who undergoes a heart transplant surgery. After the transplantation, he starts hearing the voice of the doner addressing him. I play the role of the donor’s cousin, who gets involved in many psychologically thrilling events.

Your short movie Lama Gat 10 (Turning Ten) earned many prizes and participated in many notable festivals. What can you tell readers about this movie and the success behind it?

The reason behind the success of the movie is Jaylan Auf, the movie’s writer and director, who put her heart and soul, trying to create such an emotional movie. She exerted a considerable effort and went through numerous rehearsals to reach such an overwhelming success.

Since you are a founding member of the musical band “Yousra El Hawary” since 2012, do you have any future plans regarding the musical field, or do you prefer to focus on acting?

Music will always be part of my life. I aspire for being a better musician; that is why, I practise music every day. I have several musical projects in mind, but I am now focusing on acting because it is my greatest passion. I wish to compose some film scores one day. (A film score is an original piece of music written specifically to accompany a film.) 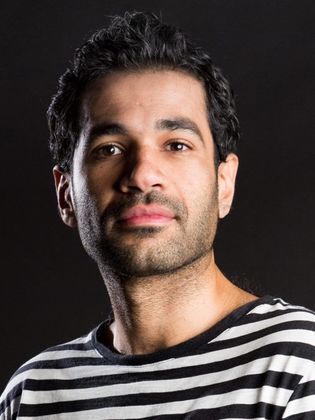 Since you started acting when you were 15, it seems that you have a very supportive family that appreciates art. Can you tell us more about your family and their support to you?

Indeed, my family has always been supportive of my career dreams. I was raised in a home, embracing music and art. My father loves painting very much, and I even have some of his paintings hanging on my apartment walls.

What is the hardest thing about the actor’s life from your viewpoint?

The hardest challenge for an artist is how to get better. It is a constant struggle and a stressful burden. Art career is always accompanied by a feeling of failure and fear. You always keep wondering whether you made the right choice or not.

Playing music and doing sports. I play cycling and try to turn sports into a fixed routine in my day. I leave the rest of my time for my family and friends.

What is the most surprising fact you’ve learnt about yourself?

Perhaps being stubborn: Ever since I quit my previous job to embark on acting, I realized that I possess an enduring trait of perseverance. I have recently come to discover many admiring traits inside myself because of acting.

What is your personal philosophy in life?

Always do what makes you happy and always be kind.

What’s the last thing you watched on TV and why did you choose to watch it?

I have just been watching Brooklyn Nine-Nine while eating my dinner. I’m now in quarantine because I have tested positive for coronavirus, so I decided to have some fun and enjoy my time (laughs).

Who are your friends from the acting field?

Who is your role model in acting?