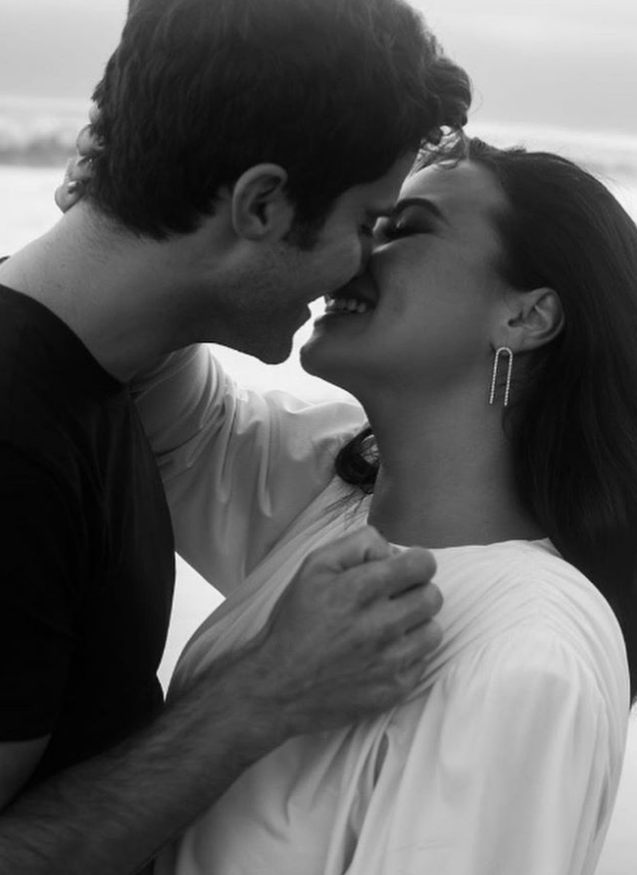 Quarantine has def tested everyone’s relationships. Whether you just started seeing each other or have been married for years, nothing prepares you for spending that much time together. Celebrities have felt the pressure too, and have made some headlines while quarantining under the same roof. From (not) surprising Bachelor couplings to everything the Kardashian-Jenners are doing and who exactly they’re doing it with, these couples have been getting through pandemic life in tandem—and keeping us *super* entertained through the chaos. 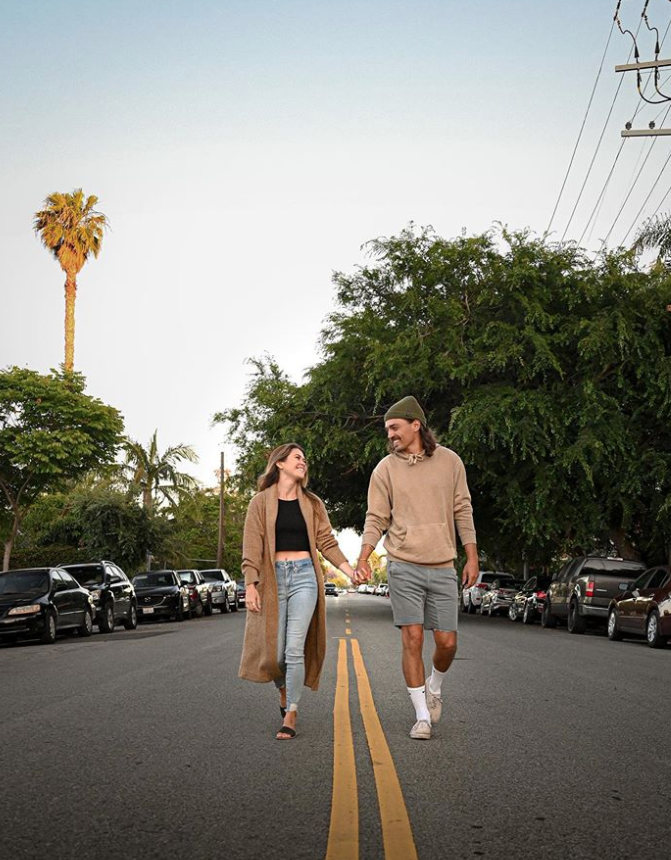 Bachelor In Paradise couple Dean Unlert and Caelynn Miller-Keyes sparked marriage rumors after his ski accident in the Swiss Alps last year. So when Chris Harrison got the couple on The Bachelor: The Greatest Seasons—Ever!, it was only natural to ask them about the rings they were wearing. “The fact that I’m wearing the ring is showing that I’m committed to Caelynn and only Caelynn, and I’ve been wearing it for the past six or so months,” Unglert said. “She wears her fun little ring as well, which isn’t the traditional ring of marriage or engagement ring, but it’s our way of telling the world and the people we’re around that we are committed to each other.” The couple have been quarantining together, and, no, not just in his van. 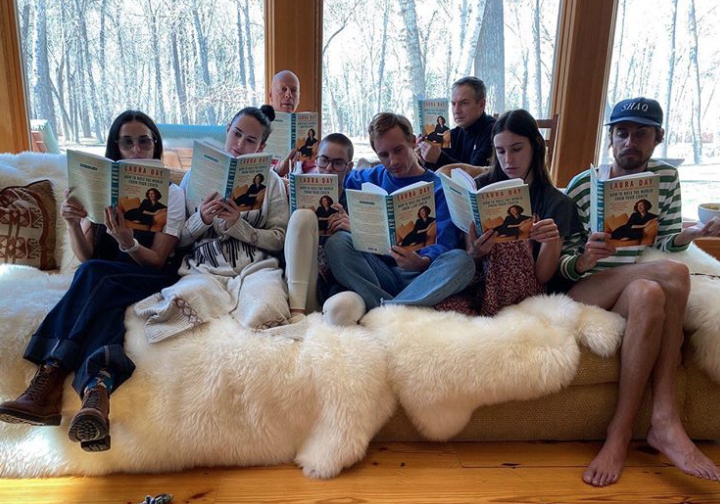 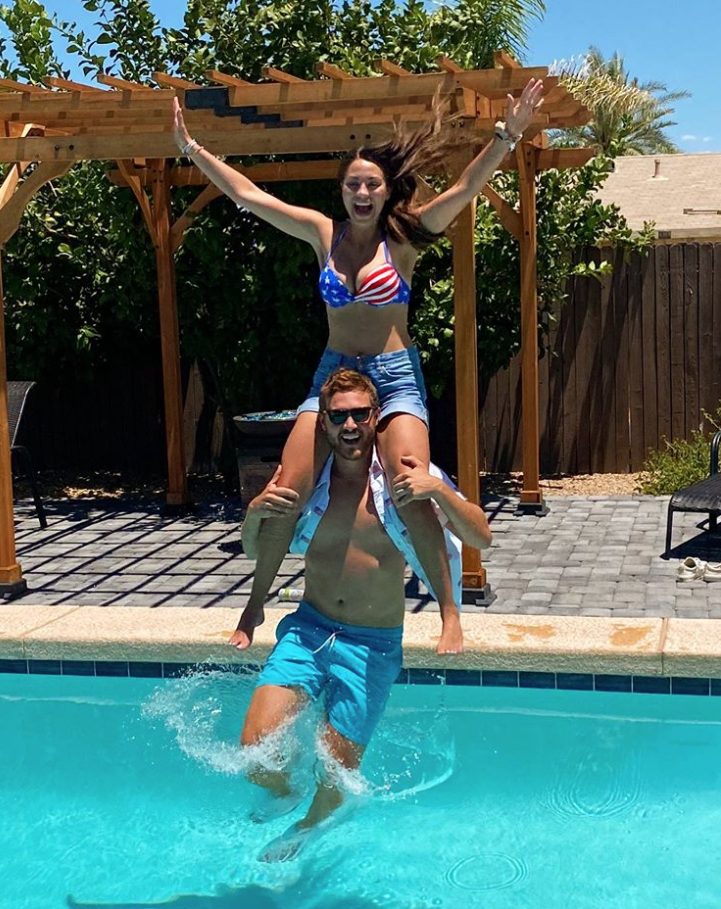 Remember when Peter Weber broke it off with Hannah Ann Sluss on The Bachelor? Yeah, that was this year. And shortly after, he traveled to Chicago to quarantine with buddy Dustin Kendrick and, get this, his ex Kelley Flanagan. The couple didn’t work on the show, but as dating rumors swirled, Peter and Kelley confirmed their couple status on Nick Viall’s podcast, The Viall Files. 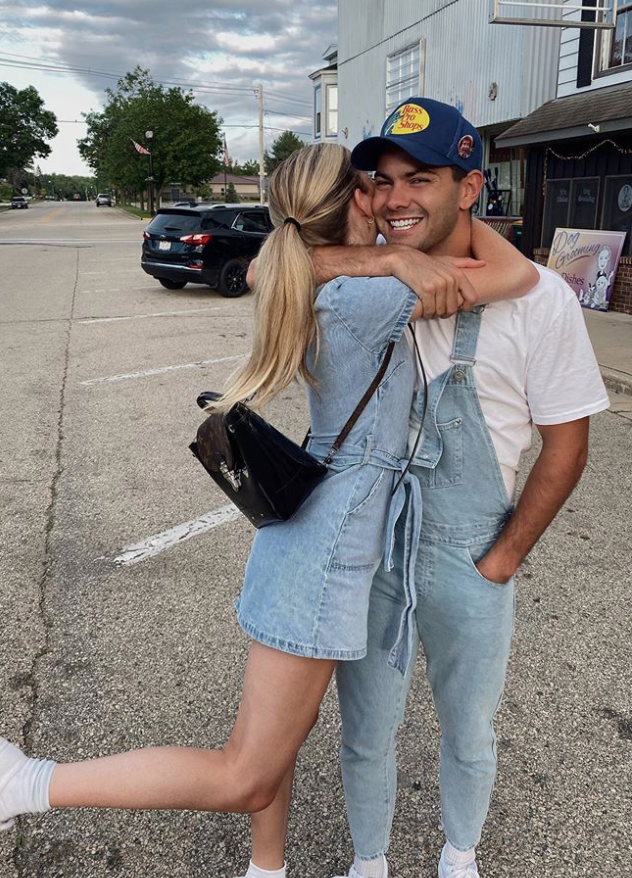 It’s no surprise Bachelor in Paradise alumna Hannah Godwin decided to quarantine with her fianceé Dylan Barbour in San Diego. The couple has been living it up on TikTok and getting in shape. “In the beginning, it was like what a good time to hide out from the world and eat whatever we want,” Hannah told E! News. “But a few weeks in and we were like why don’t we reverse things and get in shape and take this chance to focus a little bit more on fitness.” 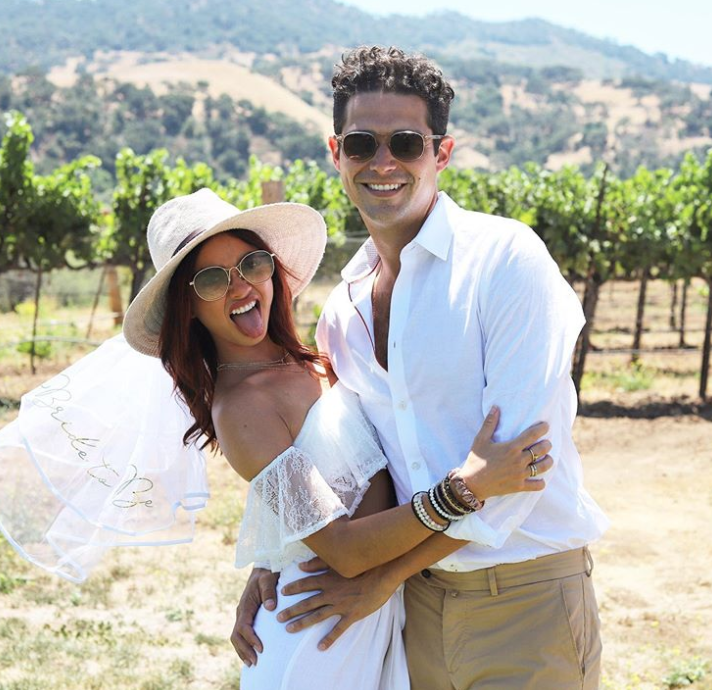 Modern Family alumna and Bachelor in Paradise bartender Wells Adams were scheduled to tie the knot this summer, but, like many others, they decided to postpone the nuptials. On what would have been their wedding day, the couple celebrated at a vineyard and Wells still “touched a butt.” Okay, couple goals much? 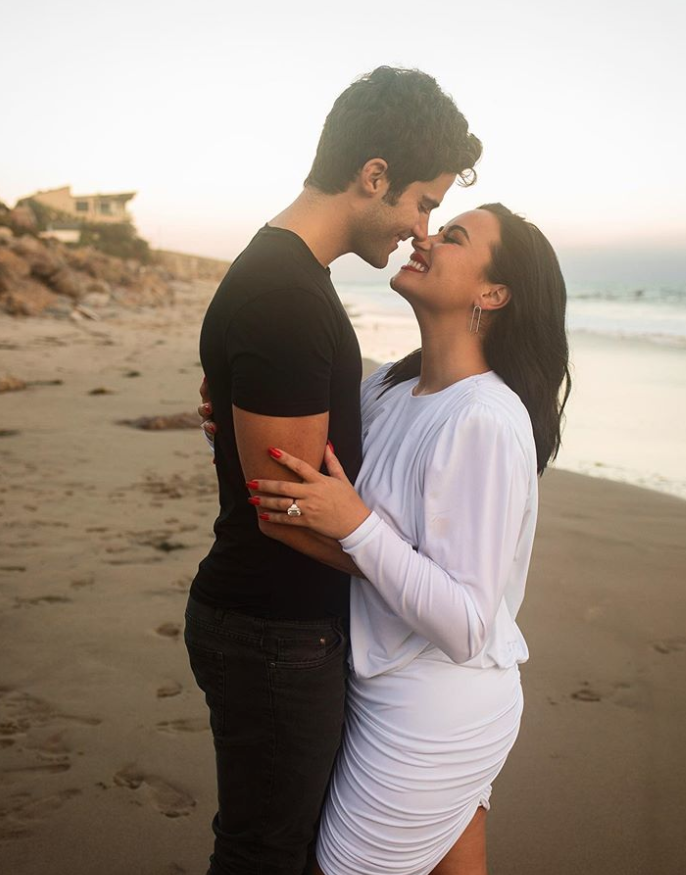 As Love Island has shown, being near someone you fancy everyday accels a relationship. That’s seemingly what happened with Demi Lovato and Max Ehrich. The couple started dating in early 2020, started quarantining together in March and announced their engagement in late July. What a whirlwind. 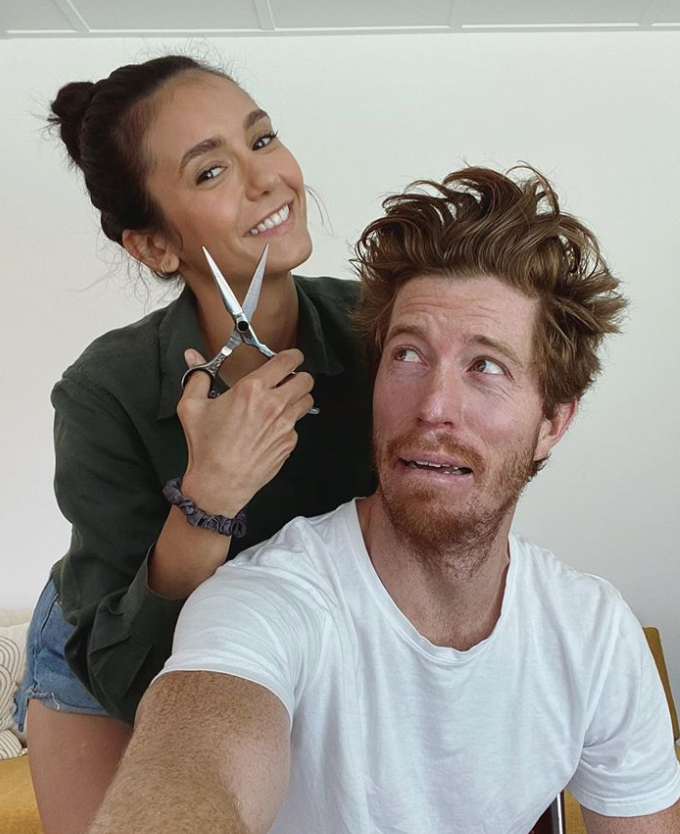 Actress Nina Dobrev and Olympic snowboarder Shaun White surprised the world when they went IG official in the middle of quarantine. Shaun posted a photo of Nina cutting his hair in late May that *seemingly* suggested the couple had been living together during quarantine. Just let my mind wander, okay? 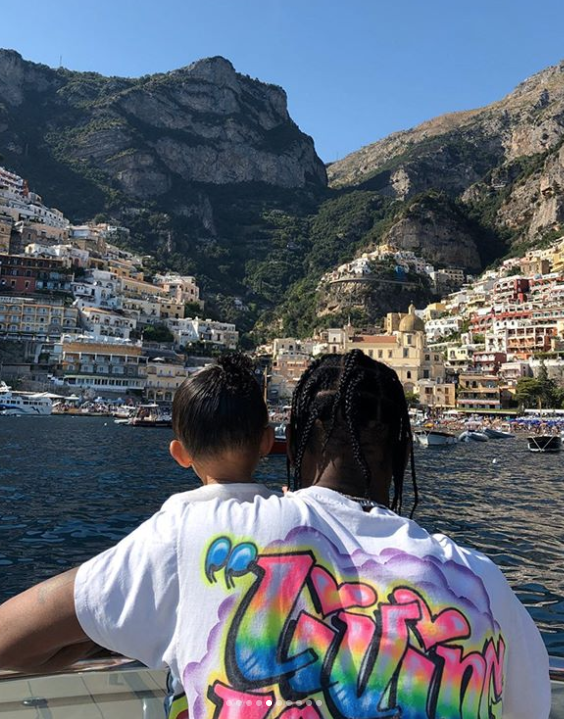 Kylie Jenner and beau Travis Scott have spent quarantine spoiling their daughter, Stormi, according to US Weekly. Kylie’s BFF Stassi Karanikolaou is also quarantining with the couple.

Colton Underwood literally jumped a fence for Cassie Randolph on his season of The Bachelor. And when Colton came down with COVID-19, he and Cassie quarantined together in her parents’ home. Unfortunately, the relationship didn’t last much longer after that. The pair broke it off in late May. Then rumors started surfacing about Colton and actress Lucy Hale, but it turns out they’re just friends. 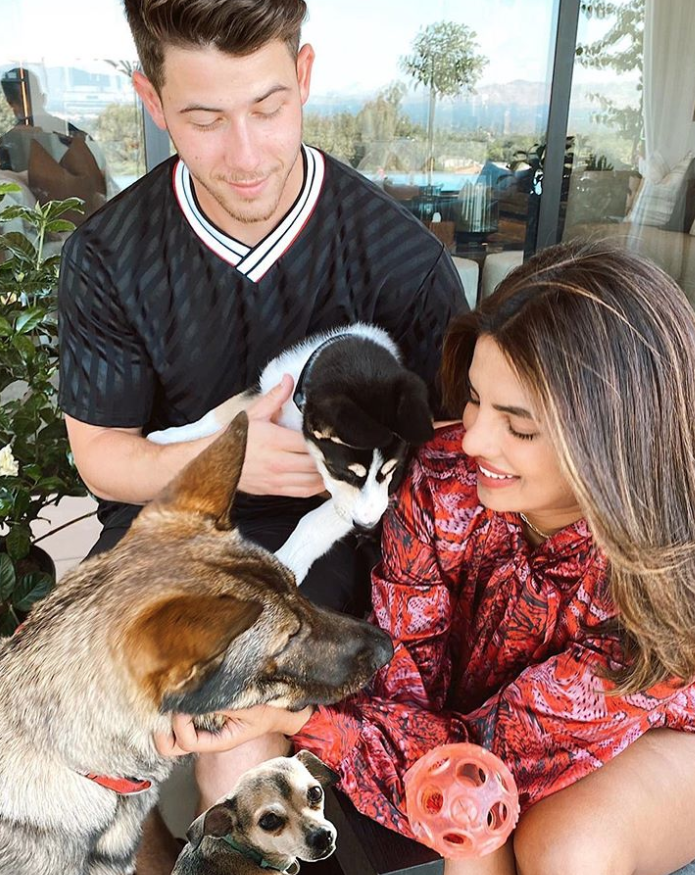 Priyanka Chopra and Nick Jonas have spent their quarantine posing for Vogue and rescuing puppies. NBD. But what Nick enjoys most is spending time with his wife of almost two years. “[We] only got married like a year ago and a half ago, so it’s been nice to actually have some time at home together, which we didn’t have,” Nick said. “Similarly, she’s really busy as well in this time, and we’re working from home. So we have that time where it’s sort of structured. Like, we work out together, do our thing, and then do our work and come back and have our nights together and it’s really lovely.”. 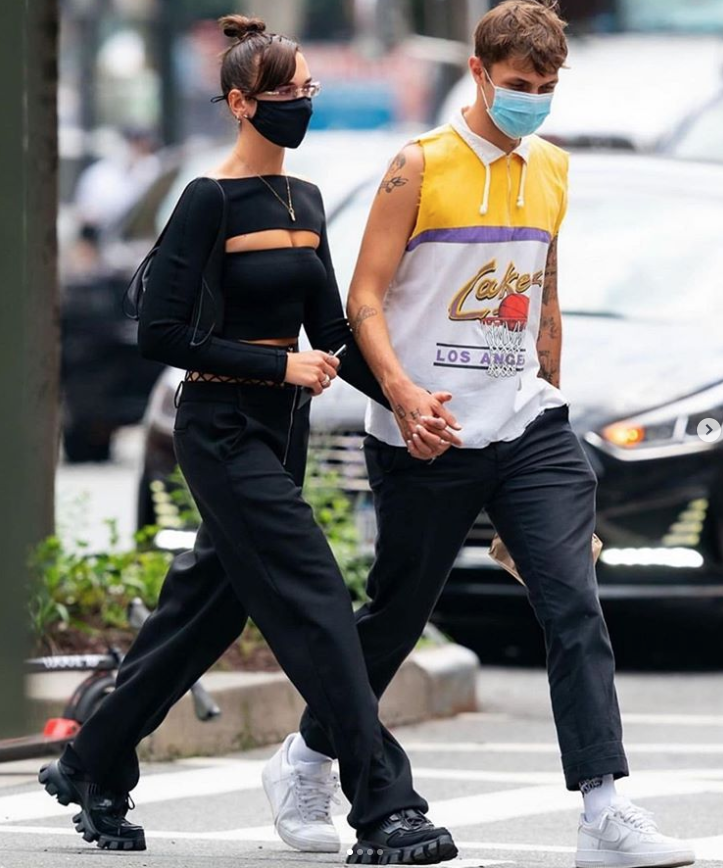 Songstress Dua Lipa and boyfriend Anwar Hadid are making the most of their quarantine experience. They’re currently staying in a London Airbnb because Dua’s flat flooded. Though they’re enjoying their time together, Anwar misses his sisters. “Of course Anwar misses his family, and soon we’ll hopefully get to go back and see them,” Dua told Elle. 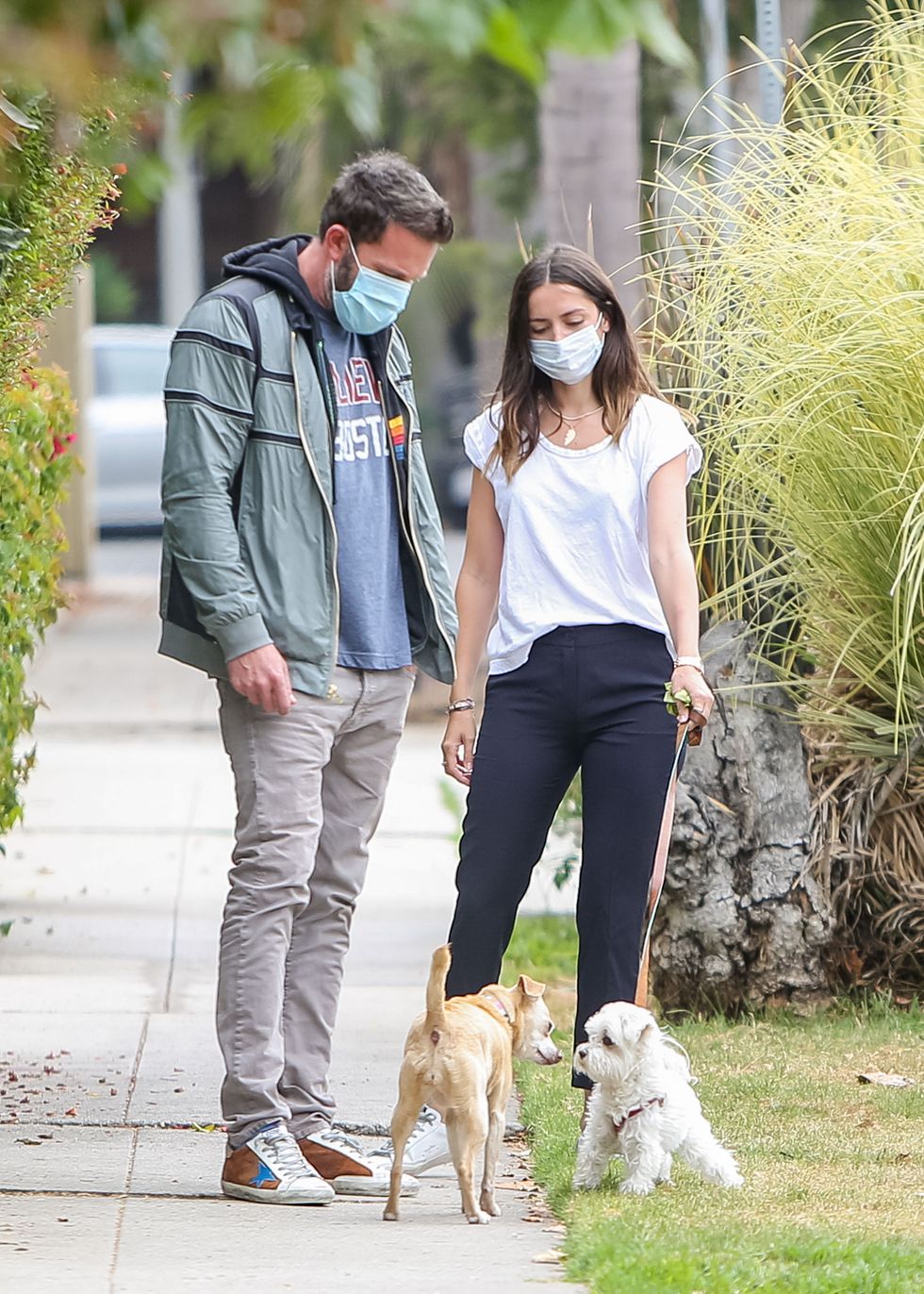 No quarantine couple has thrived off PR quite like Ben Affleck’s and Ana de Armas’ relationship. The couple met on the set of their upcoming film Deep Water. After a getaway to Cuba in March, the pair started quarantining together—except they’ve been seen out together nearly once a day. The couple takes their dogs for a walk every day with Dunkin’ Donuts coffee in hand. Ana de Armas even blocked a fan Twitter account that got a little, um, creative with captions to the never-ending supply of photos. Hey, I’ll take any drama I can get. 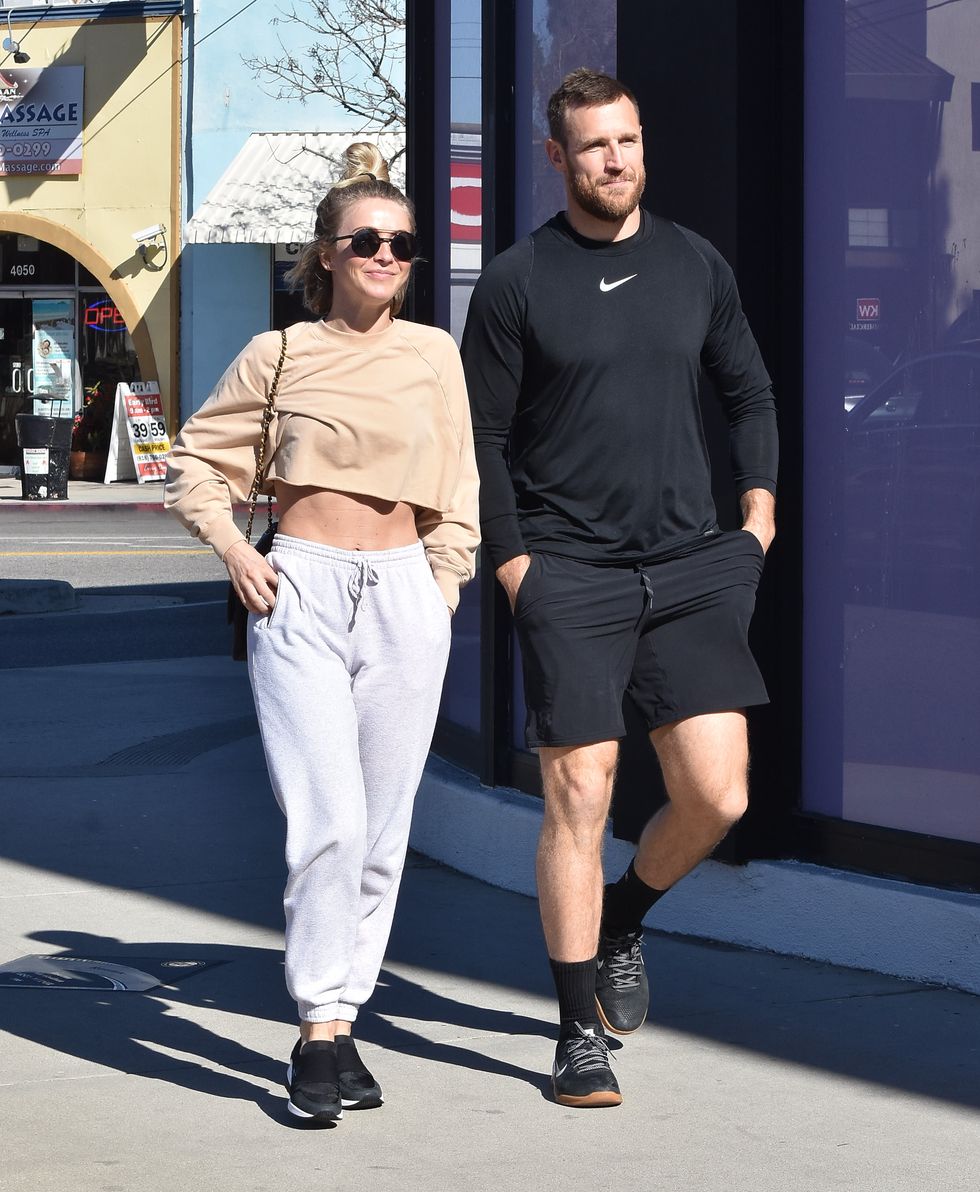 The pandemic has caused strain on new relationships and even more strain on relatively new marriages. In July, dancer Julianne Hough and her husband, NHL player Brooks Laich, announced their separation after nearly three years of marriage. Rumors of their split swirled when they spoke out about quarantining separately, but they have since reunited during COVID-19, and Brooks was spotted at Julianne’s birthday bash recently.