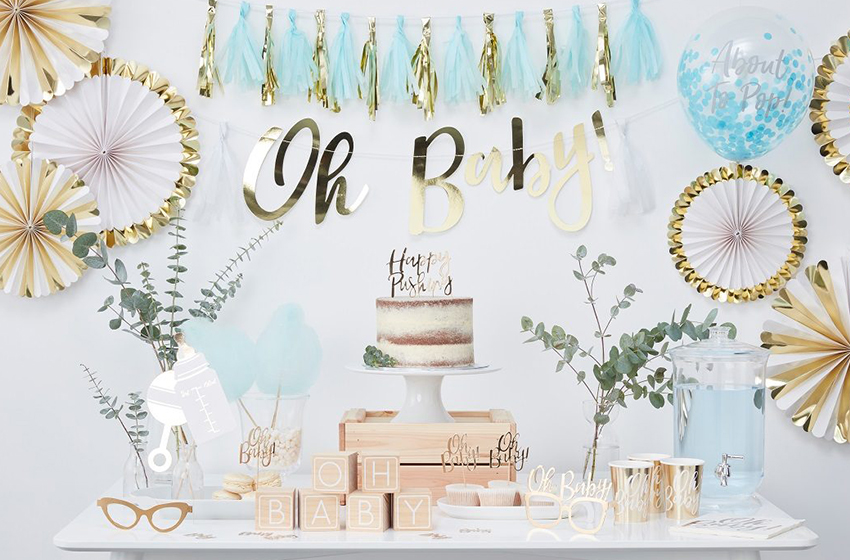 Despite the differences between countries in celebrating baby showers, there are some key elements that are common between all countries, like family, friends, delight food, gifts, and memorable moments. Let’s see how countries celebrate and welcome their newest family member into the world. At the same time, you can adopt some of these traditions into your own baby shower, and throw an innovative and unforgettable party.

Parents in the Dominican Republic throw huge baby parties for both men and women to attend. The party is kept secret from the expectant parents so that it is a surprisingly big event. The party includes gifts for the Mother-to-be, but prior to opening presents, there are a variety of games to be played.

Unlike U.S. parents-to-be, South Africans enjoy celebrating the impending arrival with food, games, and gifts. But the showers are instead known as a “stork party” and are often a surprise hosted by a close friend of mom-to-be.

A baby shower in China is not held before the birth of the child, as it is considered to be highly unlucky for the mother and the entire family. With this, baby showers are usually held after the birth of the baby on either the first or second full moon. A Chinese baby shower is usually more formal than what we’re used to. Held as a dinner banquet, a baby shower in China usually happens with guests handing over money in red envelopes that signify good fortune to the baby and both parents. The Chinese are one to strictly uphold traditions, so it’s no surprise that they have particular rituals done during the welcoming of a newborn baby.

The 100th Day Celebration in Korea

Koreans are usually not into holding baby showers, but the closest similar celebration is known as the ‘Doi’ which takes place when the baby is already a year old. During this event, the child is dressed in traditional Korean garb that includes a silk pouch, which symbolizes luck, and a bright colorful belt, which represents longevity. Apart from the ‘Doi’, Koreans also celebrate another milestone, the child’s 100th day of life. This is because in the past there was extremely high infant mortality in Korea, wherein babies are not able to survive beyond 100 days. Because of this, many Korean families hold a celebration for this milestone age as an ode to the historical landmark.

Just like the Koreans, the French celebrate their baby showers much later after the birth, which is on the baby’s first birthday. During such time, both the baby and the mother are expected to receive gifts from all the guests of the event. Unlike the usual all-female affair that we’ve been used to, baby showers in France can be celebrated by members of both sexes. The arrival of a baby is always an exciting moment, not just for the family, but for those closest to them.

In India, a baby shower is not just a casual gathering of friends and family. An event called ‘Godh Bharai’, which is held on the mother’s 7th month of pregnancy. An Indian baby shower involving the anointing or the blessing of the baby and mother. Although specifics of the event may vary, expecting women are likely to be anointed with oils while they are dressed in a saree that’s covered in flowers. In this soiree, only women are allowed to join the event, where they sing, dance, and shower the celebrant with gifts and support.