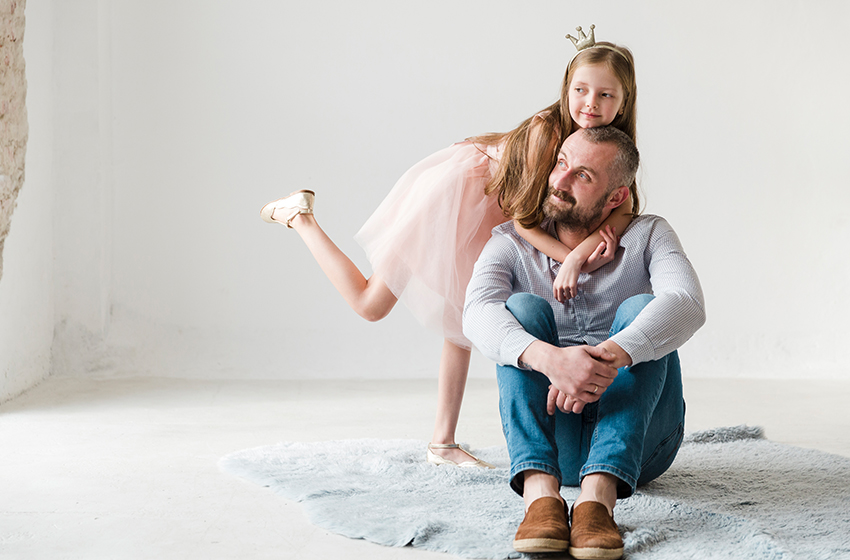 We all know that women suffer hormonal changes during pregnancy, but do you know that men suffer pregnancy symptoms as well?! Fathers-to-be experience fluctuation of hormones which make them more caring, and enable them to cope with the demands of fatherhood

The story emerged when a study in the U.S looked at whether fathers-to-be and their wives experience hormonal changes during pregnancy. The results showed that, as expected, women experienced a large increase in the hormones associated with pregnancy such as Estrogen and Progesterone hormones. Their husbands also experienced minimal decline in testosterone, the male hormone, according to a study published in the American Journal of Human Biology.

Researchers claim that these small changes in hormone levels could lead to men becoming less aggressive, less interested in sex, and more caring.

Coming to the physical part, there are evidence proving that pregnancy and parenthood leave their marks on men’s bodies as well. There is a study saying that men suffer physical ailments along with their wives, and this condition is called “sympathetic pregnancy”. Due to the decline of Testosterone in their bodies and other hormonal fluctuations, expectant fathers might experience some weight gain, nausea, food cravings, backaches, insomnia, and other delights familiar to pregnant women everywhere.

More and more, there are evidence that fatherhood can also change the brain, as a study found that after childbirth, the neurons in this region showed greater connectivity, suggesting that having young children could boost the part of the brain responsible for planning and memory as if their bodies provide them with the necessary skills to keep them on the parenting track.

Men’s bodies are busy with their own preparations for children’s delivery, and if dads roared along on their usual levels of the hormone, they’d probably be too busy fighting other men and seducing other women rather than changing diapers!

Well, we are not saying that all of them do so, anyways, thank you Daddy for all the efforts and preparations your body is doing for my delivery!