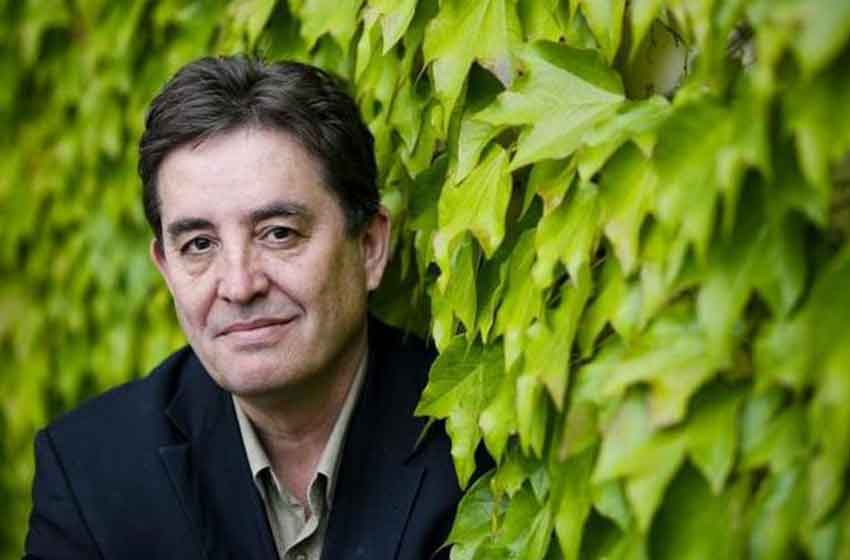 The Spanish Cultural Institute’s bibliotheca in Alexandria now bears the name of the remarkable Spanish writer Jaime Gil de Biedma who is considered one of the most important poets of the generation of the 50s. On this occasion, the Director of the Spanish Cultural Institute “Cervantes” across the world Luis García Montero paid a visit to Egypt. He is also a poet, literary critic, and a professor of Spanish literature at the University of Granada. In order to know more about his interesting path among other topics, (in) sight magazine met with him.

What does Andalusia’s poetry represent for you?

The poetic standards of Andalusia are deeply rooted in my education, bearing in mind that I come from Granada (a historic city located in Southern Spain). I have also inherited the tradition of Federico García Lorca (a poet, playwright, and a prose writer from Granada). Influenced by the Spanish Arabist Emilio García Gómez (who came to Granada during the 1930s and founded the Arabic Studies’ School), Lorca attached great importance to the Arabo-Andalusian poetry, which strongly echoed through his poems titled “El Diván del Tamarit”. I also was touched by the Arabo-Andalusian poetic tradition of the Spanish Arabist Pedro Martínez Montávez. Both, Montávez and Gómez were the directors of the Spanish Cultural Institute “Cervantes” in the Egyptian Capital, Cairo. I would like to highlight a historic fact that the Arabs had a huge presence in Southern Spain from the 8th to the 15th century, so the Arab culture forms a fundamental part of our traditions, especially in Granada.

Focusing on various things is distractive or fulfilling?

Reading has been my vocation and I have been dedicated to many things that satisfy my pleasure as a reader. With a book in my hands, I am over the moon, so I became both a professor of literature and a writer. Currently, I am responsible for directing the Spanish Cultural Institute “Cervantes”, the entity in charge of spreading the Spanish culture and teaching the Spanish language as a foreign one. Thus, my current profession is in harmony with my vocation and my passion for literature. It is true that now I haven’t much time to write; however, throughout life there is time for each and every thing, for being more devoted to writing, for preparing to be a professor, and now for directing the Cervantes.

What is the importance of poetry in our life?

I believe that poetry is a fundamental value of human life. Aside from the basic activities humans do, such as eating and working, we have feelings and we have to respond to our emotions. During cold climates, we are blessed with science and technology that invented the heating system. Nevertheless, what happens when we fall in love or when somebody passes away?! In response to this type of events, expressing the deep human dimensions relies on an emotional education that has a lot to do with poetry.

Are you satisfied with the Spanish language’s current status worldwide?

I believe that there are reasons for us to be satisfied and the center’s yearbook, which we have published recently, shows that the Spanish language is the second most spoken language in the world with around 483 million native speakers (ranked after the Mandarin Chinese) and around 600 million non-natives (after the English language). On the other side, we do not have to only focus on the numbers or on how many people speak Spanish. From a cultural point of view, and bearing in mind that we are in the 21st century, language and literature play a vital role to reinforce human ethics and values.