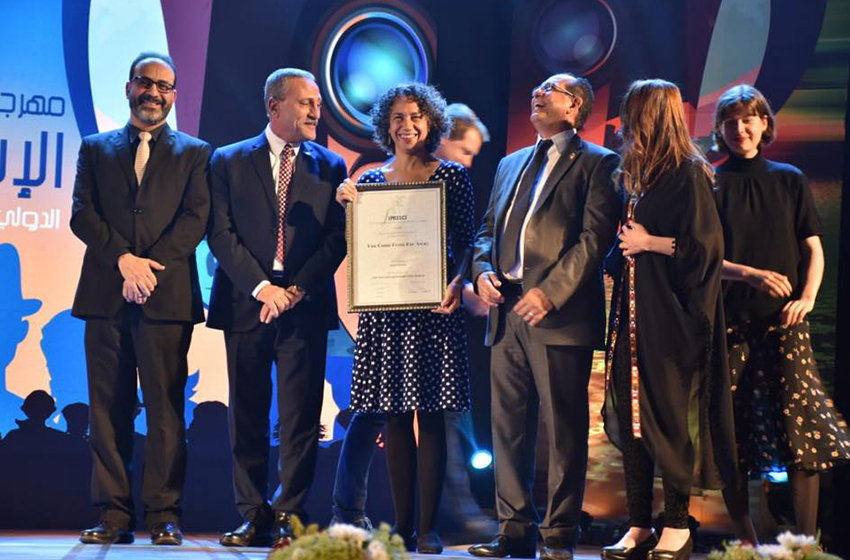 One of the most prestigious festivals in Spain, the Mostra de València for the Mediterranean Cinema, is going to be taking place from the 24th of October until the 4th of November.

The upcoming edition, which is the 34th, is going to be witnessing a special cycle about the films of recognized Egyptian female directors including Amal Ramses, Ayten Amin, Hala Khalil, Kamla Abu Zekri, Sandra Nashaat, Hala Lotfy, Mariam Abu Of and Nadin Khan.

The directors are going to be present in the festival, which is taking place in the Spanish city Valencia, to interact with public talking about the films’ background, their experience and vision, amongst other matters that would be important for the attendees.

On this occasion, and for the Egyptian public to know about the relevant event, the Spanish Cultural Institute in Cairo, in cooperation with the Spanish Embassy, celebrated a symposium. So, let’s have a look on some of the films that are to be screened there.

‘You Come from Far Away,’ written and directed by Amal Ramses, is the only documentary amongst the Egyptian films that is going to be screened there, revealing an uncommon fact, which is the Arab participation in the Spanish Civil War (1936-1939).

Throughout her presence in Spain, specifically in 2003, Amal accidently knew that there were Arabs who fought in the Spanish war. So curiously, she started her research. On one hand, Amal wanted to understand the war’s events; on the other hand, she was looking for a personal story through which she can make a film.

In 2007, Amal found out about a Palestinian man who passed away in 1979. His daughters live between Russian, Greece and Brazil. Since then, she felt that there is a solid anecdote for her work and the documentary’s journey begun. The director kept on following the family’s story.

The 85-minute documentary starts with the Palestinian man taking part in the Spanish war; afterward the film passes through World War II, through the 1948 Palestinian exodus and the Lebanese Civil War, following the family’s path. Its title comes from the verses written by the Spanish poet Rafael Alberti dedicated to the foreigners who took part at the war.

Another film that is scheduled to be screened is ‘Villa 69’ for Ayten Amin who was inspired by her own personal experience about her father’s and uncle’s illness. The Egyptian actor Khaled Abul Naga and the Egyptian-Armenian actress Lebleba are two of the film’s cast.

Also, the spectators will enjoy a film titled ‘Nawara,’ written and directed by Hala Khalil, with the Egyptian actress Menna Shalabi playing Nawar’s role. While the director and her family were at the 2011’s Revolution, she noticed a house that was abandoned by its owners, only Nawara the servant was present to look after the dogs. This was the anecdote that inspired the director.