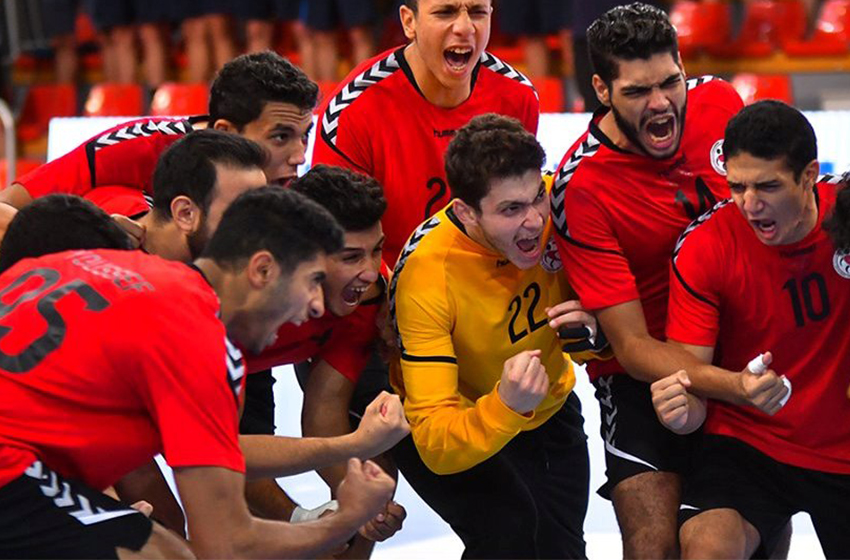 After the Egyptian crowd was disappointed with the Egyptian national football team failing to make it even to the quarterfinals at the 2019 African Cup of Nations (AFCON), our national handball team took the lead and made us all delighted with the bronze medal they snatched at the Men’s Junior World Handball Championship (under-21).

The recent AFCON’s edition was held from the 21st of June till the 19th of July on the Egyptian soil, Egypt exited the tournament at the round of 16, after losing to South Africa 1-0.

Shortly afterward, specifically on the 28th of July, the Egyptian national handball team finished third at the World Handball Championship U21 in Spain, thanks to their victory over Portugal 37-27 at the match played to determine the bronze’s winner.

It did not take long for our national handball team (this time the champions were the under-19’s group) to blew the major surprise at the Men’s Youth World Handball Championship in North Macedonia. A month later, on the 28th of July, the Pharaohs won over Germany 32-28, securing the tournament’s cup.

Furthermore, the title of the championship’s top scorer went to Egypt’s Hassan Walid, for him marking 51 goals throughout the tournament, while his fellow countryman Ahmed Hesham was recognized as the event’s Best Player.

Upon the team’s arrival in Cairo, a multitude of Egyptians were awaiting the champions at the Cairo International Airport. The Egyptian Minister of Sports and Youth Affairs Ashraf Sobhy was present at the airport, also several media outlets including (In) Sight Magazine.

To uncover the preparations for such a prestigious event, (In) Sight Magazine talked with the players. Here are some of the interview’s excerpts:

“We spent almost three years preparing for such an event. We competed in several tournaments amongst others were the Arab and Mediterranean and we were the runner-up at both.  Last year, at the African Games, as well as at the African Championship we won the gold.

“We continued training. Ten days before the World Championship, we held a camp in a neighboring country, we specifically chose Serbia as we were invited by the country and it is close to the tournament’s host country,” said Yusuf Ahmed Hassan.

“Much time was spent on preparations and training and numerous days passed without us seeing our families. Anyways, the result is obvious and our effort was crowned.

Seeing such massive amount of people celebrating the triumph is our true success and is the real motive for us to go on” said Yusuf Alaa Al-Din.

“Our victory did not rise by chance and we were targeting the World Championship’s title since we left Egypt. We were training a lot and worked really hard. Lately we participated in several camps and finally our effort is recognized,” added Zyad Ahmed Abd Al-Aal.

Commenting on the team’s performance at the World Championship, goalkeeper Hosam Moemen said: “Our performance was not chaotic, since we followed a structured and a very organized style to play. We studied how the combat teams used to play and kept that in mind.

It is noteworthy that Egypt won all the matched, except for its game against Germany, the former lost to the later 28-24. The defeat did not impact the Pharaohs spirit.

In this regard, Abd El-Fattah Aly Mohamed commented: “Our loss to France did not weaken our purposefulness; on the contrary, it raised our commitment.

“Thereafter we won over Chinese Taipei 36-25, Canada 47-20, and Hungary 31-24. Our performance at the match against Hungary pushed us forward. After what we achieved, I feel over the moon.

Moemen added, “Following our opening match against Sweden and our win 32-29, we became more confident about ourselves. Losing to France did not hurt our self-esteem, giving the fact that the French team was not better than ours; we just needed to stay more focused.

“We then won defeated Chinese Taipei, Canada, and Hungary, especially our favorable result against Hungary assured our determination to claim the event’s title.”

Omar Ahmed Attia opined differently, “We played before a final against France in the Mediterranean Championship’s final and we lost at the last second. We met once more on the French soil in an exhibition game, and we won by five goals.

“Thus, we were wrongly confident in defeating the French team. No surrender, and with the help of our coaching stuff, we recovered our achievements and did not lose even a single match later, till we ended up raising the tournament’s cup.”

Indeed, posterior to France’s match the Pharaohs beat Chinese Taipei 36-25, Canada 47-20, and Hungary 34-21. They progressed to the quarterfinals where they triumphed over Slovenia 30-23, to the semifinals and defeated Iceland 35-31, to the final and marked an unforgettable victory stealing the win from Germany 32-28.