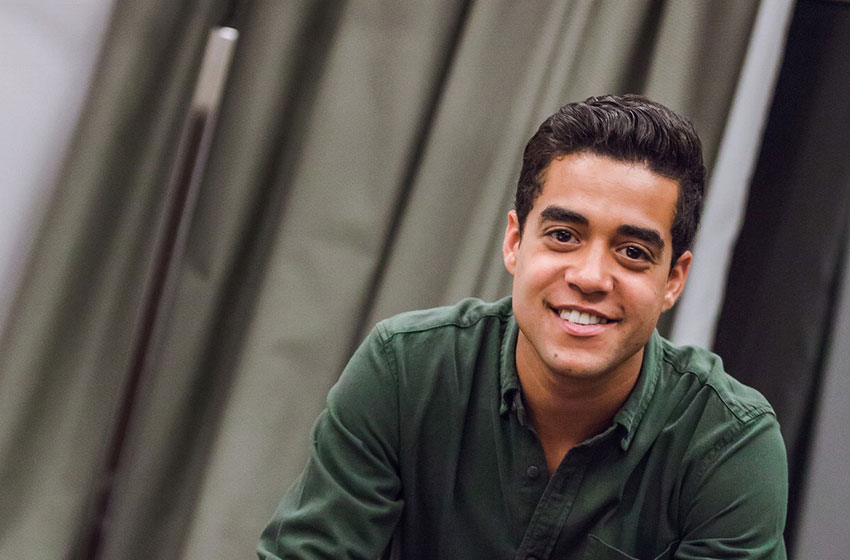 His special choices for the roles he played helped him rise in no time and become one of the top new and young rising actors. He played many different roles which helped him succeed in his journey. We got the chance to speak with the rising talent Khaled Anwar.

How did you find your passion for acting?

I loved acting since I was in school, my first trial was in the school theatre and since then I decided that acting would be my career.

Who do you look up to?

No one in specific, but I want to be effective and to have a positive effect on society.

There are a lot of actors nowadays, what makes you stand out from the crowd?

It’s a blessing from God to be different and to stand out from the crowd, maybe that’s because I put all my effort in my work, I also have a different point of view in choosing my role and I am always keen to choose roles that I really believe in.

What is your favourite part about being an actor?

I love the idea of playing a character that’s totally different than the real me, such roles really attract me.

We saw you one time on cinema screens in ‘El Geel el Rabea’ movie, will we see you again anytime soon?

I was offered a lot of movies but I didn’t like any of them so I am waiting to find a suitable role in a really good movie that respects the audience.

Did you expect the success of ‘Ka’eno Embareh’ TV series?

I expected the success of the series, but the overwhelming success that happened was way beyond my expectations.

How was it like working with the legend Adel Emam?

It was my pleasure to have my name with him in the same series. I learned a lot from him on all scales and I hope to work him again of course.

Which of the roles that you played is considered closest to your heart?

I really don’t have a specific answer to this question as I loved each and every role I performed because I chose them very carefully, But of course there are roles that were a turning point in my career such as ‘Marwan’ in ‘Ka’eno embareh’, ‘Treka’ in ‘Fe Haza el Masa’’, and ‘Zizo’ in ‘Awalem Khafya’

What is your project this Ramadan?

I worked on two series. The first one is ‘Zodiac’ which is a new kind of series, it’s just 15 episodes and all the actors are young. My second project is ‘Tal2et 7az’ with Mostafa Khater.

Can you tell us more about your role in ‘Tal2et Haz.’

I played Hassan who is a nerd and a teacher’s assistant in university, his mom is his fear and he loves a girl that his mother doesn’t like.