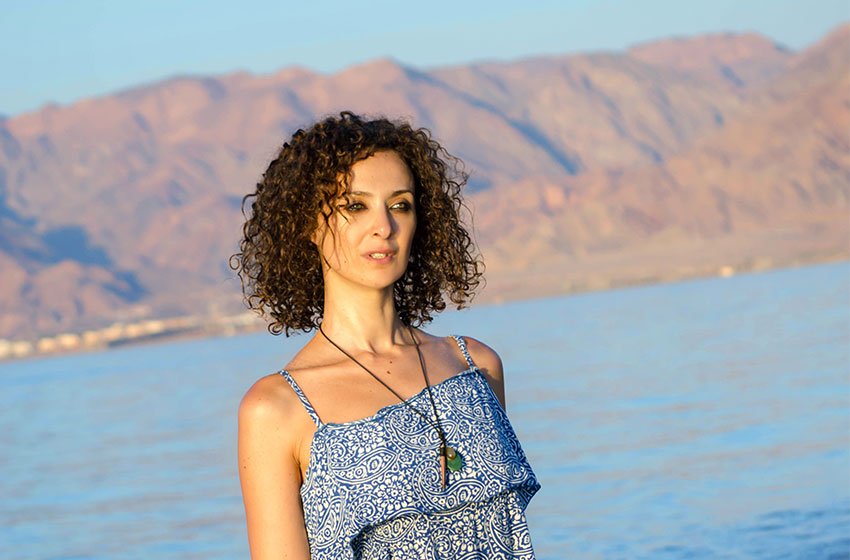 Behind her angelic face is a great talent that dazzles us in every role she plays. Her smooth performances gave her the opportunity to capture the audience’s hearts very quickly. We had the chance to interview Ingi Abo Zeid and find out more about her journey in acting.

How did you find your passion for acting?

I found my passion for acting when I was seven years old. I was acting in plays at school. I also studied French Literature. When I was 16 years old, I was the main character in a play, and it was then when I went and told my mom I want to be an actress. I felt like this is where I belong, I belong on stage.

How did studying acting abroad help you in your career as an actress?

It helped me express myself in front of the camera. I learned how to build a character with all its aspects, whether it was physical, the appearance or the history behind it. It was really beneficial and exciting as we were shooting in Universal Studios. One advice I can’t forget is that being an actress in a 24-hour job.

Your role in “El Khorog” TV series was very challenging, how were you chosen to play this role?

I worked with the same production company in “Le3bet Eblees” and “El Sayad,” so they decided to change the impression that people have about me because of my angelic face by offering me a totally different role that would shock my audience.

Did you expect the success of your role in “Le3bt Eblees” TV series?

No, I didn’t expect it at all, especially because “Taht El Saytara” was booming in the same year. For me, 2015 was a blessed year.

You worked with Youssef El Sherif more than once, how did working with such a star add to you?

I consider myself very lucky to have worked twice with Youssef El Sherif. I remember my first scene in front of him; I was very scared, but he gave me a lot of confidence, positive comments, and support.

Do you consider your role in “Taht El Saytara” a turning point in your career?

Yes, of course! It is a huge turning point in my life. Plus, I believe a lot in the idea of the series as a psychologist, not just as an actress. Also having the opportunity to work with Tamer Mohsen and Nelly Karim was a turning point. The role was very challenging because all my scenes were very emotional.

“El Share3 Eli Warana” TV series was one of a kind, did you expect its huge success?

I was afraid, of course, because it was off season. But I was surprised with the positive feedback.

You were a part of “Zodiac” TV series this Ramadan, weren’t you afraid of the feedback as all the crew were young and new actors?

Not at all, all the cast were very young and they are a super talented team. I was very lucky to work with them as they are full of positive energy and I was enjoying every moment.

Which of the roles that you performed is closest to your heart? And why?

Mai in “El Share3 Ely Warana,” because I always dreamt about acting a role of a French girl. It was very nostalgic for me because I used to act in French when I was in school. Also, the character was in the 40’s, which is something I also dreamt about because I have always loved old movies.

What makes you a unique actress?

It is mainly my exposure to different cultures at a very young age; studying psychology, spending time in nature, and having the desire to be in touch with my true nature and embracing it.

Do you believe in the power of social media and how it helps you get in touch with your fans?

Social media is very powerful, but we have to be very careful with how we use it because sometimes the power can be negative.

Other than acting, what other talents do you have?

Besides acting, I am good in writing and cooking.

How many times have you been told that you look a lot like Katy Perry?

Actually, since I started acting six years ago. I keep getting messages from my fans saying that I look a lot like Katy Perry.

What are your plans for future projects?

My future plans include starting to write and direct therapeutic performances. I have done a couple of plays in Montréal based on therapeutic factors. My plan is to do this in Egypt and to direct performances that target promoting awareness about specific psychological disorders or issues.