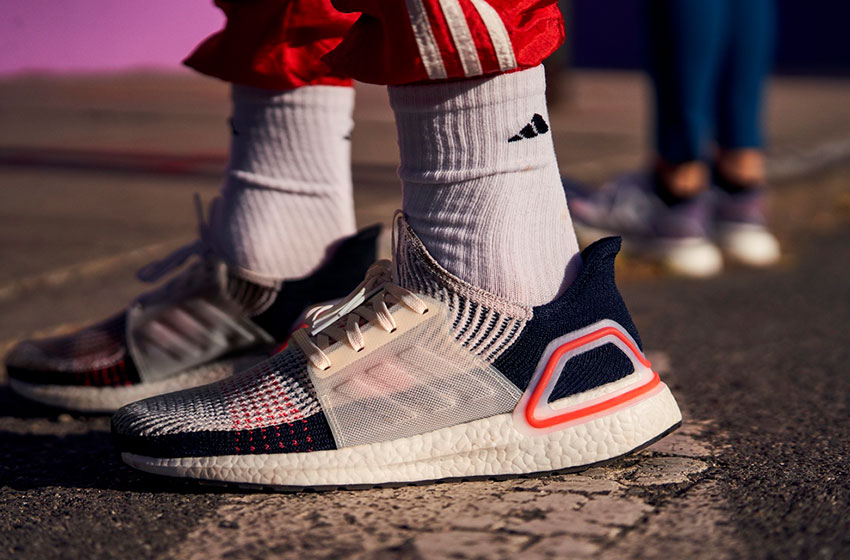 To create the new adidas Ultraboost 19, adidas designers and product developers worked with thousands of runners worldwide to totally reinvent the running shoe. Together, they simplified the original adidas Ultraboost from 17 pieces to just 4 performance-driven components, creating a lighter, reboosted silhouette with more responsiveness for a game-changing running experience.

The adidas Ultraboost 19 was inspired by, and made for, a new era of running. A type of running that is more creative, sociable and open than ever before. To celebrate this, adidas will launch the ‘Recode Running’ campaign which champions how runners are transforming the sport every time they run.

Sam Handy, VP Design, adidas Running, said, “Running is constantly evolving, so we designed the reboosted and re-energized adidas Ultraboost 19 to empower runners all over the world to keep challenging and changing what running is and what it looks like. We have created a shoe that provides more energy return than ever before so that all runners can run with power and confidence in whatever way their creativity takes them.”

Adidas, today, has released and presented their newest product: Ultraboost 19. The new product seems to have a lot of promise. This could be seen with the amount of celebrities and athletes that have thrown lot praise for the new shoes such Barcelona’s superstar Lionel Messi, style icon Kendall Jenner and field star Wayde van Niekerk. In order to support this new product, Adidas is planning to launch a whole new campaign called “Recode Running” to show the benefits of the product for athletes.