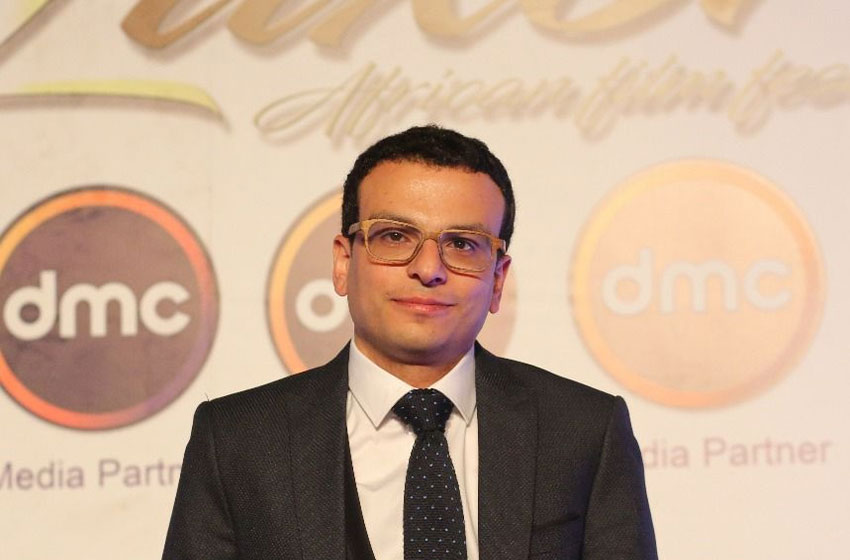 Taught by the best, only to present us the best – Amir Ramses is one of the most radiant names in the filmmaking industry, known for his unique work and exceptional talent. After having worked as an assistant director with the iconic Youssef Chahine, Amir Ramses now continues to add masterpieces to his filmographic repertoire of international films.  Ramses talks to (in)sight’s Rania Badr about his emergence as a filmmaker, his experience working with Chahine, and his efforts on making El Gouna Film Festival (GFF) up to the standards it set for itself.

What sparked your interest to be in the movie industry?

It all began when I went to watch ‘Eskendereya Kaman We Kaman’ (Alexandria Again and Again) at the cinema, and this was the start of a dream. Before that, I vaguely loved cinema and films, but at such a young age, you’re oblivious  curious about who is actually behind the scene creating this world. That film was an anomaly with an unusual story. It felt like some sort of exploration of the director’s emotions and his world up close. It reflects the director’s life and the pain he endures in order to make the film; that was what caught my attention – that there’s something called a filmmaker and a director. I then knew that I wanted to enter this world, and that I wanted to tell my stories that way.

Some artists claim that acting mainly depends on talent, while others favor studies. Is it the same thing when it comes to directing?

Yes, one way or the other, you have to have them both. They’re dissimilar in the sense that acting schools are still developing and changing, and there’s a variety in the craft, so actors could end up enrolling in a school without knowing whether or not they belong there. Directing is different. A huge part of it is related to talent, but another part relies on the craft with all its technicalities.Whereas acting depends mainly on building a character out of emotions, and making it come to life, directing works with cameras, camera angles, lighting, colors, camera movements, editing and sound designing. You cannot miss any of these technical elements when you’re being educated about the field; you are talking about the components of making a film so you need to be well-aware of each and how it works. If you don’t have the talent, you’ll make a good technical director, but you’ll never be an exceptional director. On so many levels, my education has benefited me.

Based on your experience with him, what makes Chahine an exceptional director?

In the history of cinema worldwide, there are two different types of directors. There is a director who plays the game of the audience, talks the language of the audience and tells the story as it is expected; and this does not make their work less valuable. There are several great directors who made films in common cinema language. But on the other hand, there are directors like Chahine who have constructed their own language, and the game sees a twist here. He tells the story the way he wants to tell it; he’s showing you the world the way he sees it, not the way you want to see it. He takes the viewer inside his head, and that’s the fun and special part. When you compare Chahine with Fillini for example, you see someone who decided to completely get rid of traditional storytelling and wants the game to run with his own rules; that’s when you see what makes his works intriguing. You can recognize his work from a scene. You can easily see his identity.

What are we missing out on without someone with this style?

We miss the production system that allows the existence of such a creative space. Chahine started in the fifties, and he said it himself that when he started making films, there were over 100 film productions a year. It was only natural that next to musicals and comedies, we had to have five or six movies where we can enjoy the art of Chahine, Salah Abu Seif, andTawfik Saleh. But now when you make 20 or 25 movies per year and the budget of certain movies sees an increase largely due to the increasing wages of stars, and this gives actors more control over the work than the director, so it’s normal to see films heading more towards the mainstream.

How do you evaluate the cinema scene today? Some say that there are improvements after the revolution. What do you think?

I think that emerging new technology has facilitated a certain type of films to be made, which were previously difficult to produce from 2000 to 2010. But ever since we became slaves to commercial distribution, we now focus on making the kinds of films that can make profit and get televised. A few TV channels buy these films and control televised content, and this insanely increases the cost of making films. Going digital is partly to blame for the fewer film productions, while on the other hand very impressive films throughout the previous years have been made with very low budgets –some with no budgets at all– and many of these movies have gone international and are representing Egyptian cinema in film festivals. In Berlin’s last festival, for instance, we watched the latest Steven Spielberg movie that was captured using his iPhone! So technology has also paved the way for cinematic creation.

What do we still miss in Egypt or what do you believe is the next step?

I think that no filmmaking industry develops without creative producers. We have always had creative directors, creative actors, and creative writers in the industry, but an essential part of ameliorating the quality of the industry is the producer. It needs to be someone who has an adventurous character and can bond with the film, notsomeonewho’s just looking to make profit, and very few producers do that in Egypt.

Do you think that producers should be filmmakers, like Mohamed Hefzy for instance? Is that important or is it not necessary?

It is very important; you brought up an exceptional example for just the kind of filmmaker that I’m talking about. A producer has to have the same pattern as Hefzy. Someone who wants to be involved in the creative process, and wants a good outcome. Surely any producer wants to make money, but they have to make money by putting part of their soul in the work they do.

Nowadays, there seems to be a trend of age restriction and censorship. Tell me your point of view about these two topics and whether or not we apply them correctly.

I am in favor of age restriction. I think that in any civilized country, there is a board that evaluates the age group who can watch the content, and the audience must be notified of it. Even the timings chosen to air any 18+ material are and should be at certain hours. Films are sometimes really restricted though, I’ve seen how things work in England, and they’re very strict. I think it’s a healthy system on so many levels. Nowadays, when we see a scene that’s barely erotic, you see people covering their eyes; however, they’re completely relaxed seeing violence and scenes that contain murder and slaughter, which is completely wrong. As for censorship, I am against this concept entirely. It’s an attempt to prevent showing people certain ideologies they don’t want to propagate, but that’s something no one can have control over. If you ban a movie, it will play on YouTube. You ban it in Egypt, it will be distributed abroad, and will eventually reach Egypt where people will still see it. Censorship is a concept that no longer exists. Whoever wants to make a movie and is really passionate about it will make it happen.

Do you think that the appearance of Netflix and similar digital platforms will affect cinema and television?

Slowly, it will have an effect. Even if people are still holding on to the old form of the industry, they will realize that the world is getting rid of it. Consumers are growing and such a platform is appealing to them. I know for sure that in the next three to four years, it will be one of many concrete production methods.

Tell us more about GFF. How do you evaluate the first edition, and what do you expect of the second?

The whole thing reached me through Bushra. We met and talked about the concept, and I really liked it. We started forming the team and picturing everything. We worked on the concepts of films – what we’re going to accept or reject. We also discussed how the competition was going to be like: the selection, the juries, the industrial part, the platform; and this was suggested by the director of the festival, Intishal Al Timimi who was the Godfather of the idea. I believe it was brilliant to create an industrial hub that gathers Arab filmmakers through panels, master classes and workshops. It also supports projects that are in development – financially and technically. I was very happy with the outcome of the first round; we worked hard, but we were also lucky to have the chance to premiere internationally acclaimed films. The idea that you can take a master class with Oliver Stone in Egypt; the idea that you have an advisory board that includes many huge names… the dreams that seemed very farfetched were actualised one way or the other in the first round of GFF. That gave us a push forward when thinking about the second edition. As I always say, we have raised the bar, we can’t let it fall. We’ve been preparing for season 2 for a while, with our eyes on certain films. We are also trying to have more diverse master classes and workshops. We added a new competition for the projects that are still in progress, and we’re gathering the funds to proceed. This year’s festival will be nine days instead of eight, so an extra day, extra films and extra events. That’s our main target.

What is Egypt missing when it comes to festivals?

When we look at a worldwide scale, the amount of sponsorships these festivals get allow them to manage with a percentage of the funds, and work on developments with the rest. Everything about a film festival costs a fortune: the flights, the guests, the events, the hospitality… It’s a big business and a big industry. The second obstacle facing festivals, including Gouna, is the space we occupy in the market in comparison to the rest of the world, and how much the festivals offer market-related services. A film we display isn’t offered to us because we have a cute red carpet and stunning décor, it does because there is something it will gain out of it. Producers think of what the festival will do to help them grow. As long as festivals don’t exert effort to become a centre of attraction for distribution, nothing will change.

It is a one-night drama that takes place in 2013. It delineates the relationship between a mother and her daughter, where they are locked in together due to the curfew that happened in August that year. It is not a political film, but it’s about characters who are imprisoned, and they are face-to-face so they alleviatesuppressed feelings they have been keeping in. I’m hoping to start preparing for itthis October after the next round of GFF, and I want to start shooting in November. Elham Shahine and Amina Khalil will star in it.