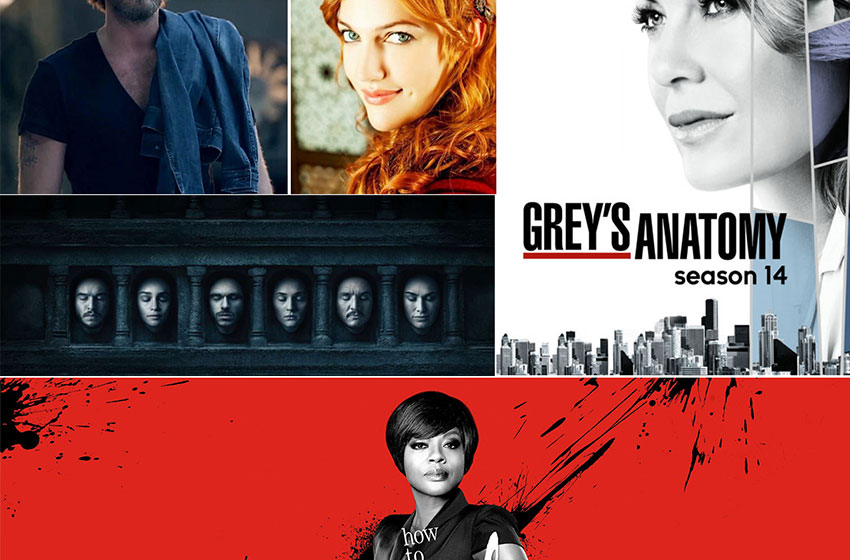 While it’s certainly the holy month of doing good deeds

spending more time with our families and celebrating our traditions; we cannot deny that it’s also a time associated with watching the kind of shows that leave us with a changed perspective, or at least with a feeling of deep catharsis. You might be thinking of Egyptian series, and as much as we appreciate those, we also love a dose of Hollywood flicks, Turkish soap operas and BBC series. We have one concern: why the heck are our favourite shows either on a long break or discontinued? Why do we have to wait so long for the new Grey’s Anatomy and Game of Thrones? Our rant has barely begun, so here are some of the shows that we miss – either because we’re impatiently waiting for the release of a new season, or because we’ve been feeling homesick since their season finale.

Let’s be honest, some of us have only watched bits and pieces of this; while others have consistently been watching every single episode produced. It doesn’t really matter if period dramas are your thing, it’s just the kind of series you love experiencing as much as you love watching. The visuals are gorgeous, the apparel is absolutely stunning, and the first season’s plot was just intense. The last few seasons were not nearly as good, and were nothing without the stunning Meryem Uzerli!

How to Get Away with Murder

How many production breaks does the cast really need? It has reached a point where they barely produce half a season before leaving us in the midst of an emotional breakdown over the death of the characters we least expect to leave so soon. We never knew we could miss a show that’s still airing…could someone tell the producers our feelings are just as valuable as all these breaks?

Once Upon a Time

Ah…the true heartbreak. This show used to be a beautiful amalgam of fairytale fantasy, light humour, and emotional stories; however, the last seasons are just an unfortunate regurgitation of previous events and unlikely scenarios. We have to admit, we appreciate they at least left Colin O’Donoghue and Lana Parrilla, but holy hell, it’s a challenge to be able to sit through season 7 without rolling our eyes so hard we see our brains. We miss the old Once Upon a Time.

The Good Place is hands down one of the most underrated shows that have been introduced in 2016. It’s just the perfect plot that both emphasises and reflects our daily existential crises – with outstanding performances to top it off. We just cannot stand the suspense of having to wait so long, with such cliff hanger endings every season. It’s the kind of show you’d want to re-watch before the latest season is out. We want season 3, and we want it now!

Why O’ why, did they give us hope for one more season before they announced that season 7 was indeed the finale? It is a show that features the same creative mind behind Grey’s Anatomy, our one and only Shonda Rhimes, and it looks like she just has a thing for shattering our hearts to pieces. If you haven’t yet begun watching this ingenious series, we’ll have you know, it’s the kind you’d better marathon watch.

Alright that’s enough for you, Hollywood! Though in Egypt, BBC goodies like Poldark are not nearly as popular as Turkish or American flicks, we cannot leave out the one period drama that never fails to invite us as active participants in heart-wrenching events and historicized social commentaries we can relate to. But why make us wait so long for series four? As Prudie would say, t’aint right, t’aint fit, t’aint fair, t’aint proper!