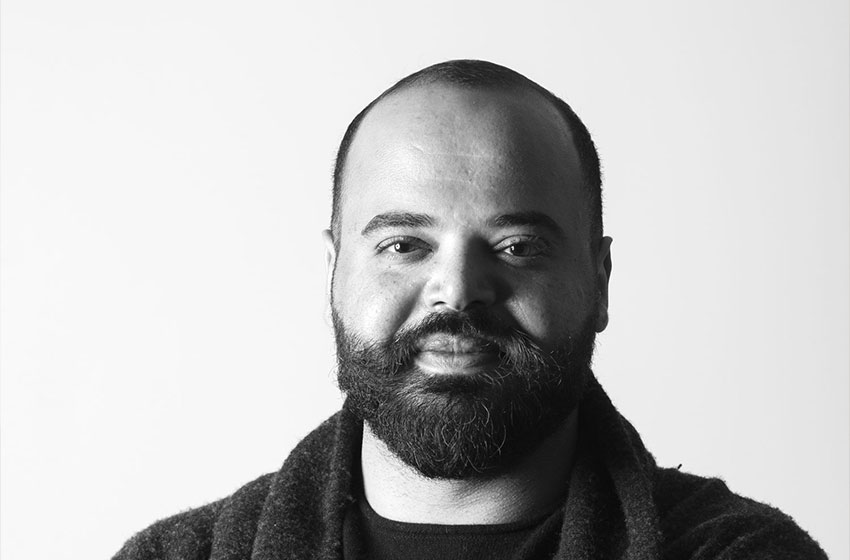 Best known for brilliantly directing the discontinued political satire we all know and love, ‘El Bernameg’ (The Program), Mohamed Khalifa has become an expert of viral artwork, offering out-of-the-box content that transcends any limitations in the entertainment industry, while establishing itself a touchstone of refined taste. Whereas a lot of his works were directed and produced abroad, the talented director talks to (in)sight’s Rania Badr about his journey from day one, and what he hopes for the future of the film and television industry in Egypt.

How did you first get started?

By the time I was 13 years old, I had already been passionate about the industry, since my dad used to travel annually to America and come back with so many tapes for me to see. I wasn’t so much of a film geek, but I loved Youssef Chahine, and I looked up to him. I met him one day on his way out of an opera when I was in grade eleven, and he told me I would be a revered director one day. From then on, I was determined to become one. After I was done with school, I travelled to Canada and enrolled in Film Studies at the University of Toronto for four years before coming back to Egypt. It was always the workshops and practical parts of film direction that interested me. Then after graduating college, I worked for a year in Terlan as a gaffer –a position that allows you to work with the Director of Photography (DP) in planning the set lighting. So I got many gigs, and even worked at the set of Robin Williams’ international movie, ‘Man of the Year.’

What do you think led you to work on international sets?

I always kept my relationships strong with my professors, and I was a really hard worker. Many American productions used to take place in Canada, and there was a law that compelled filmmakers to employ a Canadian crew if they shot there, so my professors used to take me with them. I got to work as an electrician, gaffer, production assistant, runner, among many other positions. Two months after I got back to Egypt, I started working as a runner at OTV and ONTV for five years before becoming the director of the promo department. I then briefly retired for a year, and was very discouraged until the January 25 revolution. It was after that time that I directed the song ‘Sot El Horeya’ (The Sound of Freedom) with Mohamed Shaker. Amir Eid [lead singer of Cairokee] had called me to make a song with us about the revolution, and Shaker suggested that the people should sing the song themselves, so we recorded the song in Tahrir Square, and it went viral!

And was that what led you to cooperati with Bassem Youssef during those unstable times?

It was around that time that I met Amr Ismail, the executive producer of Bassem Youssef’s ‘The Program’. He hooked me up with Tarek AlKazzaz – a Youtube partner in the Middle East – who introduced me to Bassem Youssef’s show. After our first meeting, I was called to start shooting right away because Bassem had already prepared the script. I found myself in a makeshift set within a small room in Bassem’s house, and the script was written on a piece of prescription paper. We shot the first seven episodes, uploaded them on the Internet, and watched them spread like wildfire. We then received an offer from Naguib Sawiris to shoot the program for ONTV without a live audience. We shot 104 episodes, and they were popular, but the lack of an audience hindered the success it deserved. When we went to America, to shoot ‘America Bel Arabi’ for Arab immigrants in the USA, we met Jon Stewart and spent a whole day with him. We got to see how his program is operated and witnessed all those backstage details. We eventually got back to Egypt and decided to upgrade ‘The Program’ into a theatre show with a live audience. We signed with CBC, and made the show happen.

The more the show grew, the more obstacles it attracted in continuing to air. Can you tell us what happened that caused it to be discontinued?

We proceeded with an episode that the CBC didn’t want to air. They all attended it, and it was a success, but after it aired, they released a statement saying that they are not responsible for the content of the episode, which is not true, because they were all there and saw it before it aired; it wasn’t live. That really upset us, so we left CBC behind, and signed with MBC Masr. We made episodes thatreflected the public opinion about the president, not the president himself…and after three or four episodes, the program was suspended. Bassem himself decided not to do the show unless there was freedom of expression.

Lately, ‘SNL Bil Arabi’ has been exposed to something similar. What do you think of this? Who has the right to issue such decisions?

I think that limiting freedom of expression will necessarily decrease the level of creativity. Every person has the right to talk about anything they want. In ‘SNL Bil Arabi’, there may be some indirect sexual innuendos, but these are everywhere in society and that is why the program is rated PG18. No one has the right to suspend a program. It is unfair that some people with old-fashioned mentalities are granted the right to make these decisions. All those people were brought to those positions through the revolution, of which the two main goals were freedom and social equality.
Let’s talk about the Netflix project. How did you come up with this idea?

Amr Koura was the one who came up with it. He told me that Netflix wants to do a comedy special starring Adel Karam. We decided to shoot it in Beirut because Karam is Lebanese. Netflix had some technical requirements, which we fulfilled, and it went very well. Stand-up comedy is something that didn’t work out in Egypt too often, whereas it eventually hit it off in Lebanon. Karam’s stand-up show went great; he didn’t talk about politics, only the Lebanese community. It was social humour.

What do we lack in Egypt that prevents us from producing something like this?

We have everything. It’s just that comedians here don’t want to take the risk of doing something out of convention. I’d love to see comedians like Ahmed Helmy, Ahmed Amin, Akram Hosny and Ahmed Mekky doing stand-up comedy.

How do you think Netflix will affect the industry in the Middle East?

Television is gradually going to die off, unlike cinema. Other than the convenience of a service like Netflix, television content is now quite cliché, too local, and devoid of any freedom of expression. It’s either conventional actioners, or hackneyed crimes and dramas. Egypt is full to the brim with different tales, but we always tell the same stories. The strict format of 30 episodes aired on Ramadan can also be boring when a story that can be told in five episodes is stretched to fit in with the outdated format.

Have you directed any TV series in Egypt?

I directed a series called ‘Stefa’, it’s a crime investigation show. I made fifteen episodes and two other directors took it from there. It was a great experience, but I’m not too proud of the outcome, which wasn’t as good as it could have been because of complications in production. The script was great, but I think working with Egyptian actors can be a challenge. Some of them are very talented, but not too focused. Some take the role of an imitator rather than an actor; they pull off the same character in all their roles. So it’s like you’re watching the star’s character rather than the one they’re assigned.

Is this a problem with production or the actors’ skill?

The problem is lack of creativity. There are no new faces. It becomes a cinema of the stars. Egypt is the only country that chooses an actor before coming up with the script and working on production.

You have worked on TV series, ads, and you’ll soon direct movies. What have you enjoyed working on the most?

I want to make more movies. I’m not working on anything now, and I don’t want to make a movie just for the sake of finding my way into the industry. I want to create something that boasts an original idea, which enlightens people, rather than only entertains them.

How can we change the current circumstances of TV and cinema?

We need something like Netflix. We need the sky to be our limit and to have freedom of self-expression. Once we have all of this, we will find creativity.

Do you see any development in Arab cinema?

I see some development, but only in technical terms, rather than a development in ideas and content. There are some departments in Egypt that can compete with foreign industries like cinematography & film editing, but others cannot so far.

Do you think we have the potential to make a film that gets nominated to the Oscars?

That movie would have to be international; one that people who don’t speak our language can enjoy with subtitles, but we only produce commercial flicks with weak content.

But wouldn’t independent cinema help in that case?

It’s too expensive. In America, independent movies are just as powerful as blockbusters, where you could hire someone as great as Will Smith or Al Pacino to work for a fraction of their pay if they love the script. This could only happen if we changed our ways.

What are you hoping to achieve?

To make a film that reaches Cannes and the Oscars; a film that people learn from and enjoy. I would also like to direct an Arabic drama series for Netflix that competes with its international counterparts.